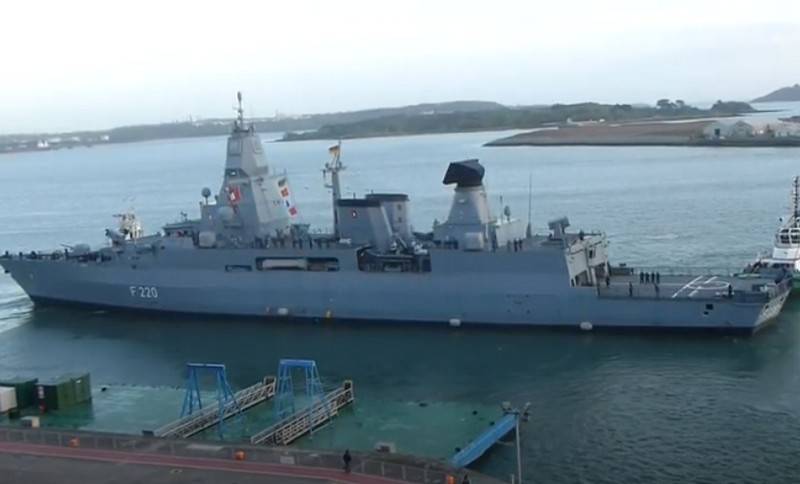 The German Ministry of Defense, within the framework of Operation Irini, decided to send the frigate Hamburg to the German fleet to the Mediterranean Sea to the coast of Libya. The German media writes about this.


Reportedly, a frigate of the German Navy with 250 sailors on board will soon go to the Libyan coast to monitor compliance with the UN Security Council embargo on supplies. weapons to Libya. The aim of Operation Irini (Greek for Peace) is to stabilize the situation in a civil war-torn North African country and to support the UN's efforts to bring peace to Libya.

The ship should arrive in the target area by mid-August. Most likely, warships of France and Spain can join him in this operation. It is also likely that reconnaissance and anti-submarine aircraft of the EU countries participating in Operation Irini will appear in this area.

As it was stated earlier, the program participants will not only monitor compliance with the arms embargo, but also stop the smuggling of Libyan oil.

According to some experts, the appearance of ships and aircraft of the EU countries off the coast of Libya could greatly affect the flow of new weapons and equipment to the Government of National Accord, which meets in Tripoli. The transfer of pro-Turkish militants from Syria may also stop, since all supplies of the PNS are carried out by sea, and Turkey, according to experts, is one of the main suspects in violating the arms embargo. The other two "violators" are the UAE and, of course, Russia.
Ctrl Enter
Noticed oshЫbku Highlight text and press. Ctrl + Enter
We are
Reports from the militia of New Russia for 27-28 September 2014 of the yearChronicle of the Libyan War
Military Reviewin Yandex News
Military Reviewin Google News
45 comments
Information
Dear reader, to leave comments on the publication, you must to register.