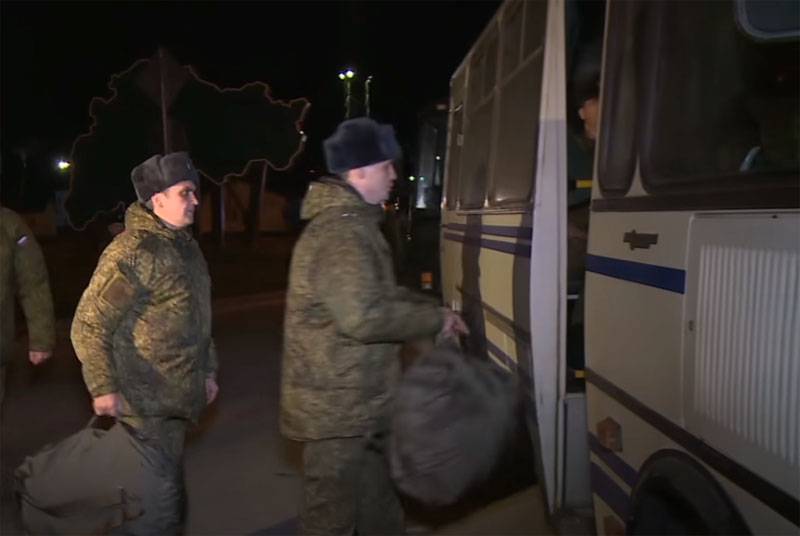 The Kiev authorities wanted to return Russian officers to the Joint Center for Control and Coordination of Ceasefire Issues and Stabilization of the Line of Delimitation of the Parties. This was announced by the Vice Prime Minister for the Reintegration of the "temporarily occupied territories" of Ukraine Alexey Reznikov.


Ukraine hopes to return Russian officers to the JCCC, Reznikov said. According to him, this could help in the introduction of a permanent ceasefire in the Donbas.

We hope that the work of the JCCC and the Russian officers will be resumed, the military will return to its composition, because, based on the experience of other military conflicts, the mechanism is working
- Hromadske quotes Reznikov's words.

At the same time, the Deputy Prime Minister emphasizes that Russia does not refuse to participate in the JCCC, but "puts forward its own specific conditions," which are now being discussed. But, he notes, there is also a diplomatic path that allows Russian officers to work in the Joint Center.

Recall that the Joint Center for Control and Coordination (JCCC) began work in September 2014. It consisted of 76 Russian officers, 39 of whom were in the territory controlled by Kiev. At the end of 2017, Russia withdrew its military from the JCCC due to provocations from Ukraine.

At the same time, the Russian Foreign Ministry did not rule out the return of Russian representatives to the JCCC, but called a change in Kiev's position towards the Russian military as the main condition.

Earlier, Angela Merkel and Emmanuel Macron called for the return of Russian officers to the JCCC.
Ctrl Enter
Noticed oshЫbku Highlight text and press. Ctrl + Enter
We are
Reports from the militia of New Russia for 27-28 September 2014 of the yearDecember 2010 years. Russian March. Senseless and merciless? Notes not a Russian person
Military Reviewin Yandex News
Military Reviewin Google News
30 comments
Information
Dear reader, to leave comments on the publication, you must to register.