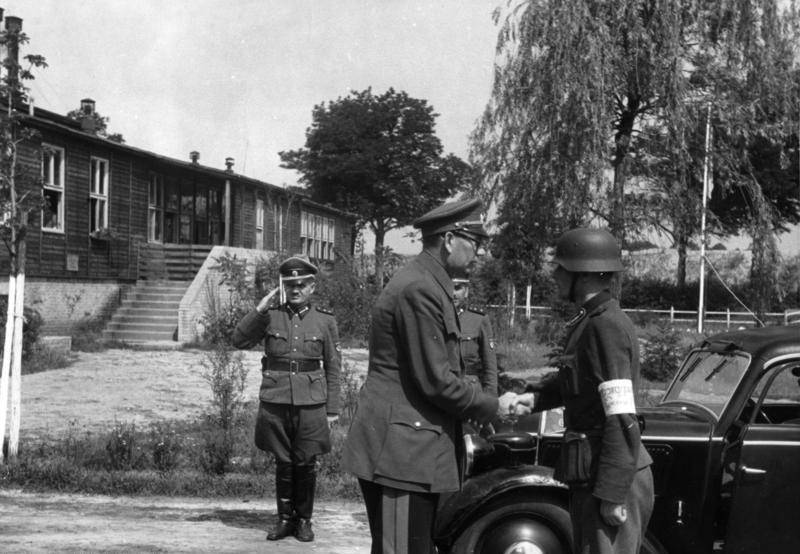 The Czech press reacts rather negatively to information about the disappearance of the name of General Vlasov from the monument to the defenders of Moscow. Aktualne is one of the Czech newspapers that decided to react to the data on the disappearance of Vlasov's name from the memorial plate in Yakhroma. This Czech publication some time ago actively covered the dismantling of the monument to Marshal Ivan Konev, making it clear that it supports the initiative of the representatives of the Prague-6 municipality who made such a decision.


The Czech edition writes that General Vlasov "distinguished himself near Moscow as the commander of one of the Soviet armies that forced the Germans to retreat."

Further in the material:

Vlasov was later taken prisoner and joined the Nazis as the leader of the Russian Liberation Army (ROA), whose members are known as the Vlasovites. After the war, Vlasov was hanged as a traitor and an accomplice of the Nazis.
An important nuance, which is not told to Czech readers: Vlasov was not taken prisoner, he himself deliberately decided to be captured by the Germans, after which he immediately made it clear that he was ready for the closest cooperation with the Nazis. And historians are still arguing about the "special differences" of Vlasov near Moscow. Many documents indicate that Vlasov arrived to command the army already at the stage when the Nazi offensive near Moscow was drowning.

Against this background, the Czech edition cites the tirade of blogger Adagamov, who fled to the Czech Republic, who considers himself to be a figure of "irreconcilable opposition". Adagamov, in his account, accused those who had removed the name of Vlasov from a memorial plate in the Moscow region of “rewriting stories". And where, I wonder, was Mr. Adagamov when the monument to Marshal Konev was demolished in Prague? Or is Mr. Adagamov not referring to attempts to rewrite history? The approach is well-known: I see here, I don't see here.

In the Czech Republic, heightened attention was paid to the data on the memorial plaque with the name of Vlasov, primarily for the reason that recently the authorities of this country have been promoting the initiative to erect a monument in memory of the Vlasovites. The local council of Prague announced the need to implement the project of the memorial, since "the Vlasovites in 1945 actively helped the citizens of Prague to fight the Nazis." And the project has already begun to be implemented.

An amazing approach to history: the fact that the Vlasovites swore allegiance to the Nazis, the Czech authorities now prefer to "forget", but, at the explicit instigation of partners from a completely different state, promote the ideas of "heroism" of Vlasov collaborators and criminals. On the other hand, the attempts of the Czech authorities can be explained as follows: after all, it is becoming more and more difficult to hide the facts that the Czechoslovak regime during the war years more and more not fought against Nazism, but created Hitler's military arsenal. The one who ruined millions of Soviet lives. That is why there is a growing Czech emphasis on the fact that collaborators are "heroes" and true heroes are "stranglers of democratic freedoms."

Ctrl Enter
Noticed oshЫbku Highlight text and press. Ctrl + Enter
We are
Czech press: "Russian intelligence agents sent to the Czech Republic - to get even for the demolition of the monument to Marshal Konev"Monument to Soviet Marshal Ivan Konev demolished in Prague
Military Reviewin Yandex News
Military Reviewin Google News
111 comments
Information
Dear reader, to leave comments on the publication, you must to register.