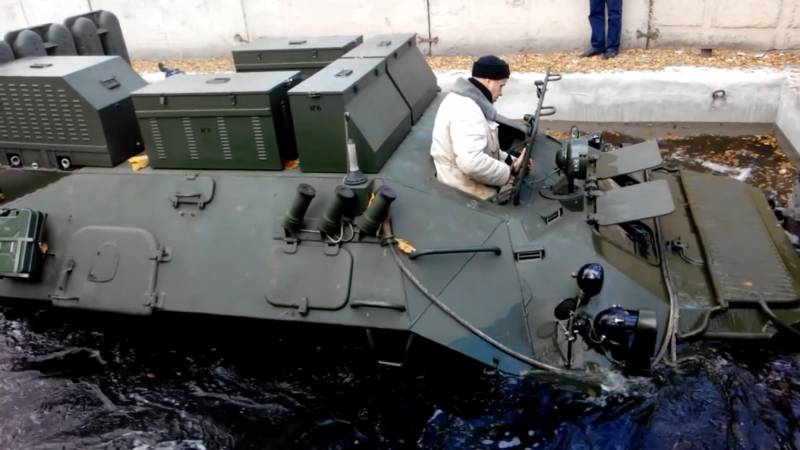 In recent years, Ukraine has been trying to develop its military industry and create new types of weapons and equipment. Regularly reports on new developments of one kind or another, on their outstanding prospects and early rearmament. However, in practice, everything turns out differently: new samples often do not reach the series and do not affect the state of the troops. However, research and development work continues.

On July 24, the publication of the Ministry of Defense of Ukraine "Army Inform" published an interview with the head of the Central Research Institute of Arms and Military Equipment of the Armed Forces (Central Science and Preliminary Institute of Defense and Military Equipment - TsNDI OVT ZSU), Major General Igor Chepkov. The head of the institute cited very interesting data on the current work in the field of AME.

I. Chepkov asserts that TsNDI OVT currently provides support for approx. 250 development projects of various kinds - to create completely new samples and modernize existing ones. The Institute collaborates with the National Academy of Sciences. With its help, in the first half of 2020, 21 research projects were completed, and 25 projects were transferred to the stage of scientific and technical support. Current R&D covers all major areas and areas. Work is underway on samples for the ground forces, air force and naval forces. 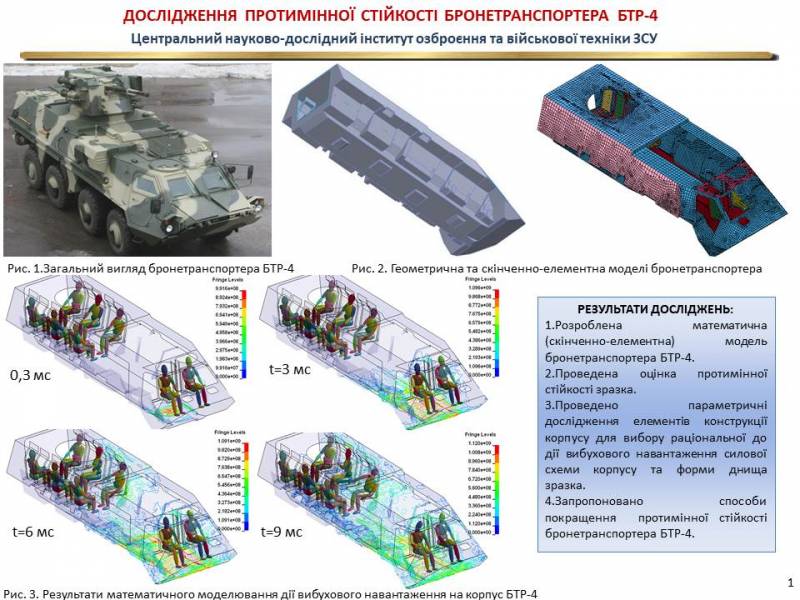 One of the works of the Central Research Institute of Arms and Military Equipment. Graphics TsNDI OVT ZSU
By the end of the year, the Central Research Institute will complete 15 research projects on the issues of military-technical policy and the development of weapons and military equipment. 9 new samples will be submitted to the defining departmental tests, 30 products will go to preliminary tests, another 44 will go to state tests.

In the interests of the combat arms

In addition to general figures, I. Chepkov named specific developments for certain types of troops. So, for the ground forces, a completely new main tank and a modernized version of the T-64BV, a heavy infantry fighting vehicle, a Bogdana self-propelled howitzer, an updated version of the Shturm-S ATGM, a self-propelled mortar based on a car, etc. are being developed. The modernization of MLRS "Grad" and "Smerch" is underway. The development of several lines of ammunition for cannon and rocket artillery was launched. New armored vehicles of several types, infantry weapons, etc. are expected.

In the near future, the MiG-29 aircraft and the Mi-8MT helicopter, which have been modernized according to their own Ukrainian projects, will be submitted for state tests. In the future, they will enter service with the Air Force. 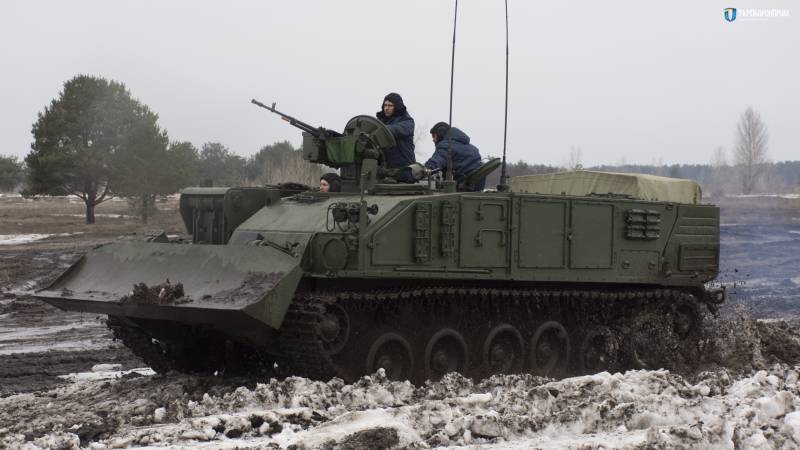 BREM-84 is one of the modern Ukrainian developments. Photo by Ukroboronprom Group
The modernization of the Kub air defense missile system was completed; soon the updated complex will be released for state tests. Not so long ago, research work was completed to determine the prospects for the S-300V1 air defense system. It was found that he can continue to serve, but needs modernization. Upon receipt of the relevant order of the Ministry of Defense, the TsNDI OVT will launch the ROC.

The main development for the Navy at the moment is the 360MTS anti-ship missile system with the Neptune missile. An over-the-horizon radar for detection and target designation is being designed. Also, new landing assault and missile boats are being developed - "Centaur-LK", "Lan", etc. There is a project to convert the trawler into a reconnaissance vessel. Plans to create and build their own corvettes remain.

The brief report of the head of the Central Research Institute of Armaments and Equipment looks extremely interesting. It shows that the leading research organization of the Ukrainian military industry is overloaded with work and actively accompanies projects of various design bureaus and factories. However, not all is well, and the Ukrainian industry is haunted by various problems, which are based on objective factors. 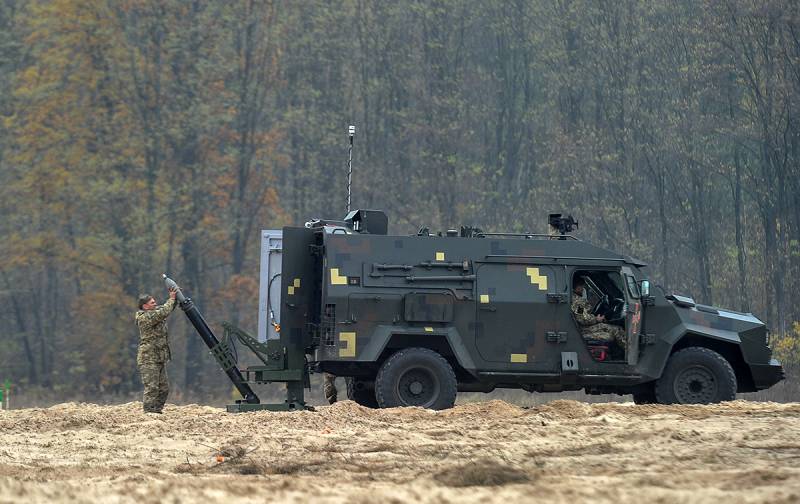 Problematic self-propelled mortar "Bars-8MMK". Photo by Ukroboronprom Group
First of all, it should be noted that the number of open R&D or R&D projects does not always coincide with the number of real samples. Within the framework of one project, several R&D projects can be carried out on different components and components. Thus, the current 250 R&D projects in the future will not lead to the appearance of 250 ready-made models of military equipment.

A characteristic feature of the development of Ukrainian military equipment is a high proportion of projects for the modernization of finished samples. Now, as before, we are talking about the modernization of the MiG-29 and Mi-8, the Kub and S-300V1 air defense systems, tanks T-64, etc. Basic samples were created back in the days of the USSR, but even 30 years after its collapse, independent Ukraine continues to modernize them, incl. and because of the impossibility of developing new products from scratch.

There are a number of projects that are positioned as new and independently created - however, in these cases, available developments or components of various kinds are used. Thus, the Typhoon-1 rockets are offered for use with the serial Grad MLRS, and the Neptune anti-ship missile system is based on the old X-35 and some other components. 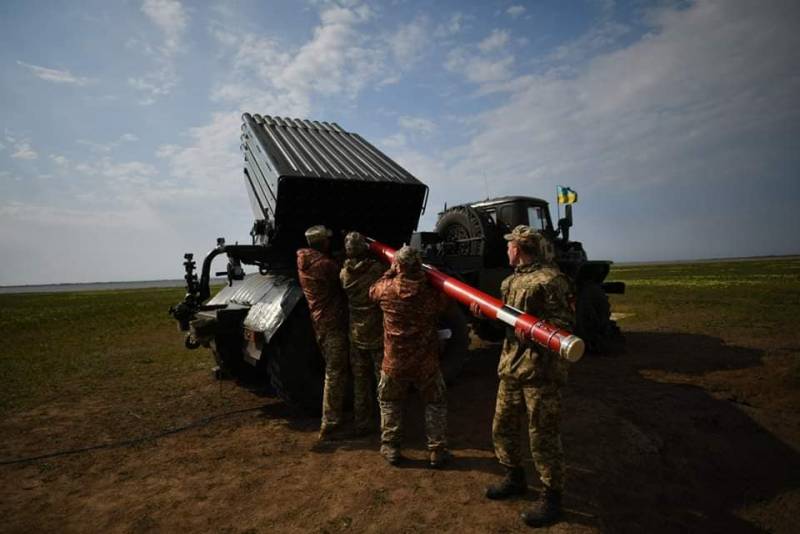 Tests of the Typhoon-1 missile. Photo of the General Staff of the Armed Forces
However, there are also completely new developments. These include the family of armored vehicles "Otaman", ATGM "Corsair", several types of armored vehicles, incl. MBT, unmanned aerial vehicles, etc. In a number of cases, such projects are implemented not only by our own enterprises, but also with the participation of foreign colleagues.

A typical problem of the Ukrainian military industry throughout the entire period of independence is the lack of large orders from its own Ministry of Defense. The situation began to change several years ago, but the general state of affairs leaves much to be desired. Due to limited interest from the army, most new developments do not progress beyond the testing stage. More successful samples go into series and get into the troops - but their number remains insufficient to meet the needs of the army.

For example, MBTs of several types of independent Ukrainian development were built in only a small series, no more than a few dozen. The epic with Otaman armored personnel carriers continues right now. The Ministry of Defense first expressed its readiness to purchase them, and then changed its mind. The prospects for this development are still unclear. By the end of the year, it is planned to adopt the Neptune anti-ship missile system, and then build and deploy several batteries. Whether it will be possible to fulfill these plans is a big question. 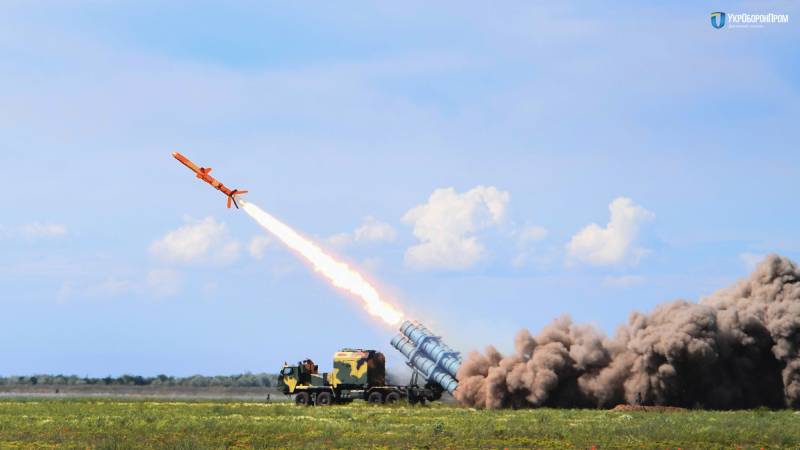 Launch of the Neptune anti-ship missile system. Photo by Ukroboronprom Group
Another problem that hinders the achievement of the desired success is the low quality of some types of arms and military equipment. The problems with the armor of the BTR-4 are still not forgotten, among other things, which caused an international scandal. There were also problems with the Molot mortars - with casualties among the personnel. Not so long ago it became known about the defective self-propelled mortars "Bars-8MMK". These machines have received substandard weapon and did not receive a shooting table. Therefore, they were put into storage until the identified deficiencies were corrected.

In accordance with the adopted political course, the Ministry of Defense of Ukraine is trying to develop the armed forces, incl. through the creation and purchase of new weapons and military equipment. The key role in this process is played by TsNDI OVT ZSU, which recently reported on its work and success. At the same time, as it is easy to see, the real results of the Central Research Institute and the military industry as a whole are very far from the desired ones.

The reasons for this are quite simple and understandable. For a long time, Ukraine did not pay due attention to the development of the military industry. In addition, enterprises suffered from the severance of industrial ties - and after the events of 2014 they received another blow of this kind. With all this, the country's military budget is limited (5,4 billion US dollars) and does not leave a lot of funds to finance promising developments or the massive purchase of weapons and military equipment. Moreover, the efficiency of budget utilization is negatively affected by corruption schemes at practically all levels. 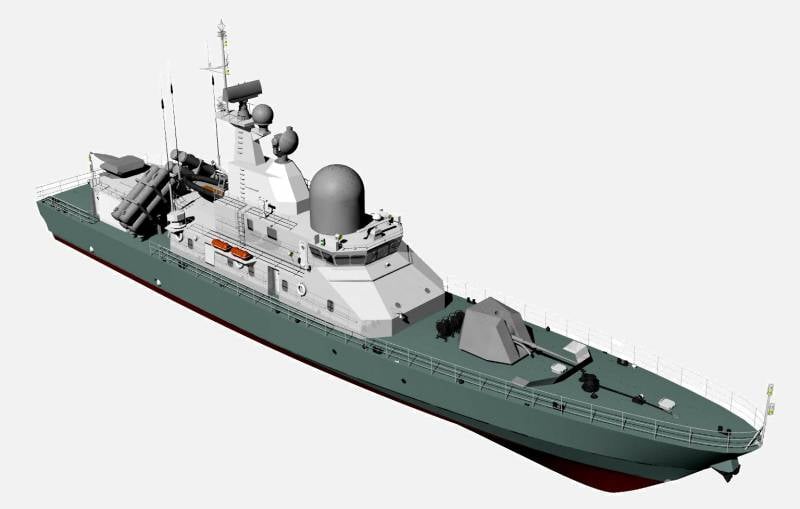 The proposed appearance of the Lan missile boat. Graphics Ukrmilitary.com
Of course, attempts are being made to improve the situation, and certain positive results have been obtained in recent years. So, the number of promising R&D projects has increased, attention is paid to previously forgotten areas, and some samples even reach the troops. However, a host of problems remain in all areas.

It can be assumed that the Central Research Institute of Arms and Military Equipment will continue to work and help design and production organizations in the creation of new models. However, the future of new developments is questionable from the outset. Now we are talking about 250 promising R&D projects in the interests of our army. But it is not known how many of them will leave the stage of development work and reach production. Most likely, the share of successful projects will not be high.

Ctrl Enter
Noticed a mistake Highlight text and press. Ctrl + Enter
We are
NATO air defense system in Europe. Part 1Memo to mercenaries in Africa
35 comments
Information
Dear reader, to leave comments on the publication, you must to register.