US media: satellite filmed test of Russian rocket in the Arctic 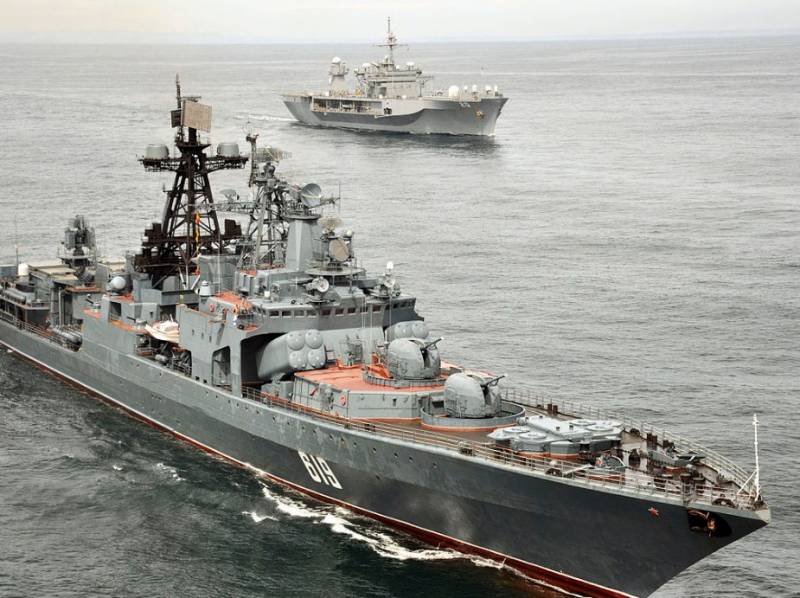 On 23 July, the Northern Fleet held an air defense exercise. They attracted increased attention from the American side. An article about the tests of the Russian missile appeared in Forbes magazine.

It could have been an updated Dagger

American publicist H. Sutton writes that the US Navy's submarines have spent many years trying to film the missile tests of the Russian Navy. However, these attempts turned out to be unsuccessful and so continued until the last moment, when a commercial satellite flying over the Earth was able to capture the tests in the Barents Sea.

Frank Bottema, an intelligence specialist, has been keeping a close eye on Russian military exercises in the Arctic lately. He managed to find a clear trace of the missile test in satellite images.

As you know, on July 23, the Northern Fleet of the Russian Navy conducted military exercises: the crew of the large anti-submarine ship (BOD) Severomorsk, as stated in the official press release of the Russian Navy, conducted anti-aircraft fire, practicing the actions of the ship on the high seas. 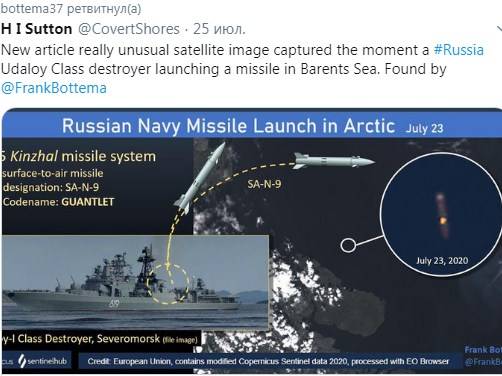 Sutton writes that the main air defense system installed at Severomorsk is the Kinzhal missile system. Recently, the US military has often received information about the upcoming modernization of the "Dagger", but there was no confirmation of this. And Bottema, as Sutton writes, probably found evidence of this modernization: the shooting could have been a test.

In addition, on the same day that the Severomorsk anti-aircraft firing practice took place, Frank Bottema managed to find another interesting photograph from a commercial satellite. We are talking about a submarine captured at the moment of surfacing. 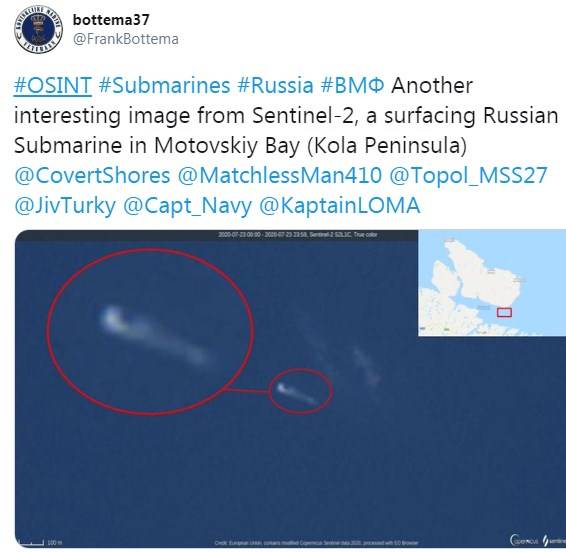 According to Sutton, we are talking about BS-64 "Podmoskovye" - a special-purpose nuclear submarine, which was then converted into a carrier of a deep-sea vehicle. This information allowed American analysts to speculate about the conduct of the next tests of new weapons by Russia in the Arctic region.

Arctic in the US special focus

It is known that the Americans are very attentive and jealous of any Russian military maneuvers in the Arctic. This is due to the great "appetites" of the American side regarding the Northern Sea Route, which Washington is trying to present as a sea artery, the right to uncontrolled use of which all countries allegedly have.

The military activity of the United States and NATO in the Arctic region is primarily associated with the plans for the Northern Sea Route, and secondly, with the rich natural resources of the Arctic. Climatic changes may turn the NSR into the most important sea artery in the foreseeable future. Russia, in turn, needs to defend its presence in the Arctic while maintaining its control over the northern territories.

It is no coincidence that in recent years, special attention has been paid to strengthening the Northern fleetproviding protection of the Arctic borders of our country. Naturally, the United States does not like this process, and the American military department is making every effort to obtain as comprehensive information as possible about Russian military exercises in the Arctic, and about testing new species. weapons, and about sea, air and land forces, which can be concentrated in the Arctic region.