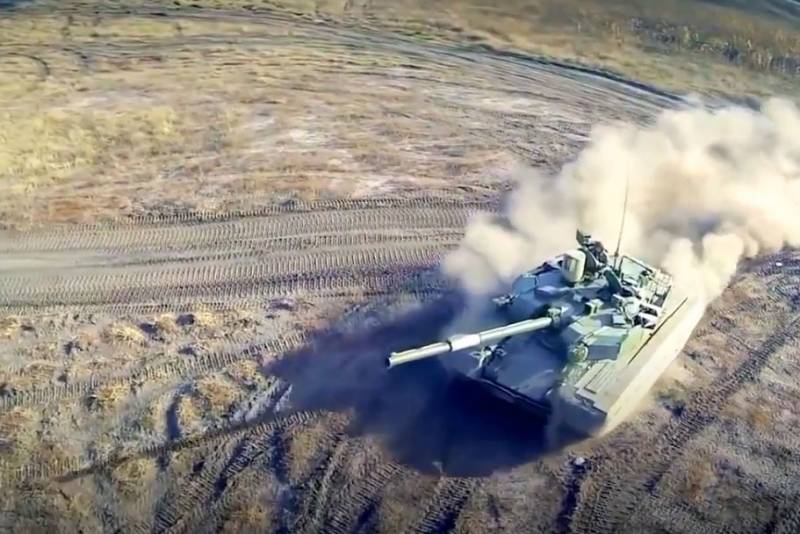 In Ukraine, they talk about plans and programs for the creation of advanced weapons. The head of the Central Research Institute of Arms and Military Equipment of the Armed Forces of Ukraine, Major General Igor Chepkov, reports that the Central Scientific Research Institute has been accompanying 250 experimental design works, which provide not only the modernization of existing models of military equipment, but also the creation of new ones.

The statement is made that in Ukraine they are working on the creation of new infantry fighting vehicles, an operational-tactical missile system and tank... According to Chepkov, representatives of defense institutes of the Ukrainian Academy of Sciences are involved in the work.

The general did not provide details on the development of a new tank for the Ukrainian armed forces. At the same time, earlier information appeared in the Ukrainian media that a new tank could be created "taking into account the specifics of NATO." In Ukraine itself, they said that the tank could receive a 120-mm cannon - "like the American Abrams." Officially, this information has not yet been confirmed.

The Central Research Institute of Arms and Military Equipment of the Armed Forces of Ukraine announced the work on the Clarinet anti-tank missile system.

In an interview with Ukrainian media, Igor Chepkov said that the Central Research Institute headed by him is also working on "re-equipment of a medium freezer trawler into a reconnaissance ship" for the needs of the Ukrainian Navy.

Earlier in Ukraine, it was repeatedly reported about the work to create a new tank. In particular, they talked about sketches of the Tirex tank. But to date, the Tirex sketches have remained sketches on paper.
Ctrl Enter
Noticed oshЫbku Highlight text and press. Ctrl + Enter
We are
Summary of the week from voenkor Mag about events in the DNI and LC 21.04.18 - 27.04.18Reports from the militia of New Russia for 27-28 September 2014 of the year
96 comments
Information
Dear reader, to leave comments on the publication, you must to register.