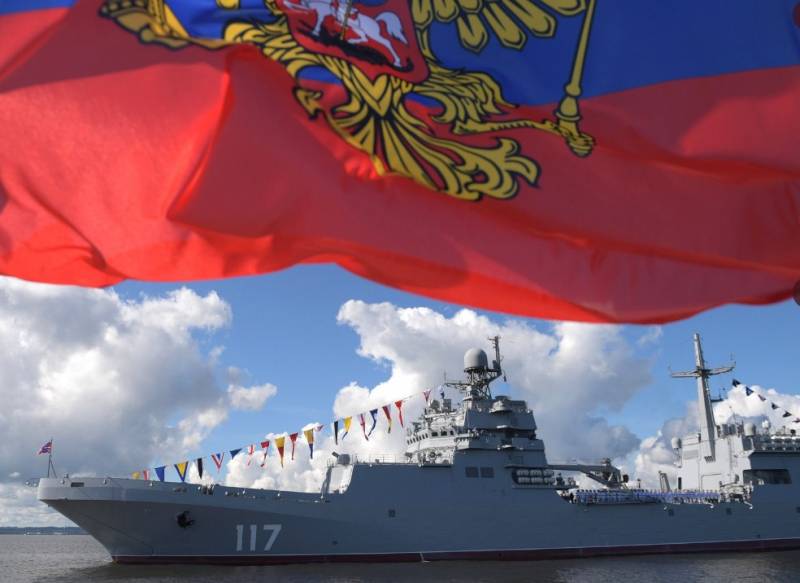 On July 26, 2020, the country's Main Naval Parade took place in St. Petersburg in honor of the Day of the Russian Navy. This event did not pass by foreign media and bloggers. But the attitude towards the solemn ceremony was different.


The naval parade was attended by military attachés from more than 30 countries of the world, as well as representatives of the foreign press. British newspaper Daily Mail notes that the Day of the Naval fleet is traditionally celebrated in Russia as a national holiday.

This time, according to British correspondents, President Vladimir Putin hastened to demonstrate to the world the growing power of the Russian navy. Separately, the publication touched on the topic of hypersonic weapons, recalling that Putin is going to arm some Russian ships and submarines with it.

The Reuters news agency also dwelled on the topic of hypersonic nuclear weapons. It also remembered the Poseidon underwater vehicle. The New York Times told an American reader that Putin is preparing to put new ships into service with the Russian Navy. This is also reported by Deutsche Welle (DW), which refrains from biased assessments of the military parade in Russia. Prenca Latina writes that Putin announced the need to modernize the Russian navy and remind that up to 40 new ships should be commissioned in the near future.

Obviously, the new armament of the Russian navy is indeed troubling the Western press. But while journalists are cautiously writing about Russian weapons, the audience of British publications is showing a slightly different attitude.

200 warships, hypersonic weapons and less GDP than the UK. No wonder most of them eat cabbage soup,
- Writes Craigfromlondon from London.

Another British commentator writes that most of the Russian ships were sold long ago, and now they are showing old ships that will not be able to withstand the US Navy or British submarines for a long time.

Russia is following in the footsteps of the Soviet Union to become Burkina Faso with ballistic missiles,
- writes Jack Zimm from the USA. 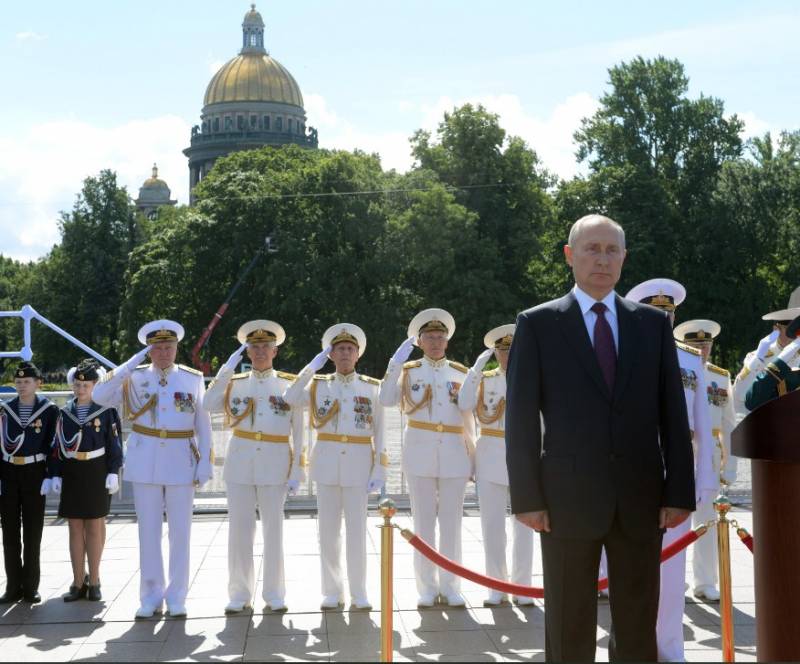 Particular attention of the Western media was focused on the speech of Vladimir Putin
The Chinese media, as usual, spoke about the parade not so much even neutrally as friendly. Thus, the official news agency of the government of the People's Republic of China, Xinhua, quoted Putin's statement about the growing power of the Russian Navy. The material on the China Global Television Network (CGTN) website is quite neutral.

In general, we can conclude that the foreign press reacted to the Russian Navy parade quite calmly. This is due to two main reasons. First, the parade is timed to coincide with the Day of the Navy, and each country has its own military traditions, ceremonies and the attitude to such ceremonies in Russia is quite understanding.

Secondly, foreign media are characterized by ambiguity in assessing the potential of the Russian fleet: on the one hand, the Western reader is regularly intimidated by "terrible Russian weapons": underwater drones, nuclear missiles, hypersonic missiles, and on the other hand, his and often the same the authors argue in an almost unambiguous fiasco of Russia in a naval confrontation with any Western country, be it the United States or Great Britain.

In this regard, the parade of the Russian Navy meets with the same stereotypical assessments: either fear of the demonstrated power, or "shabby" sentiments on the model of the above quotations from British readers. However, here in Russia we are neither cold nor hot from these assessments, because we know for sure that our country has only two real allies: the army and the navy.

Ctrl Enter
Noticed oshЫbku Highlight text and press. Ctrl + Enter
We are
A great interview with Sergey Lavrov: about Ukraine, Obama and IranWhat you didn't want to know about England
Military Reviewin Yandex News
Military Reviewin Google News
93 comments
Information
Dear reader, to leave comments on the publication, you must sign in.