There is a truce again in the LDNR. The military does not believe, the patriots panic 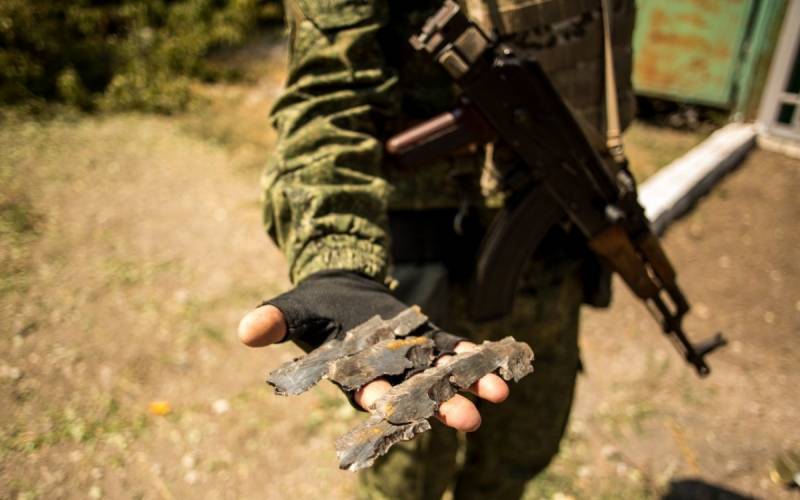 Believe it or not, on July 26 the press service of the DPR people's militia announced a complete and indefinite ceasefire on July 27. The corresponding agreements were reached by the contact group during the talks on July 22. The agreements provide for a moratorium on any offensive and sabotage actions, firing, the use of snipers, the deployment of weapons in populated areas, and also implies disciplinary liability for violation of the ceasefire. The ceasefire supposedly should last until the total resolution of the conflict in Donbass.

“In connection with the agreements reached on July 22 at the talks of the contact group in Minsk, we are moving to a complete and indefinite ceasefire. All military personnel of the people's militia from 00.01 o'clock on July 27, 2020 are prohibited from using any weapons, including small arms weapon»
- said the head of the DPR NM Denis Sinenkov.

It is noteworthy that almost exactly a year ago, a “complete”, “global” ceasefire was also concluded, which lasted about two hours and ended in a bloody massacre comparable to the level of violence and the intensity of shelling in 2015.

The declared ceasefire provoked a symmetrical reaction among the patriotic sentries on both sides of the contact line. It's funny, but this is not the first time it turns out that the rhetoric and even the argumentation of apocalyptic citizens is completely identical. Today the formula is as follows: the enemy will not observe the ceasefire and will fire at our defenseless guys, and those who dared to respond to the provocation will be crucified by the bloodthirsty Chekists.

“For the convenience of describing what is happening,“ the official representatives of the NM LPR ”even this winter mastered the use of an excellent wording:“ the formation of the Armed Forces of Ukraine got out of control ”. That is, the ceasefire will be strictly observed by the Ukrainian side, and only those "out of control of the Armed Forces of Ukraine" will continue shelling, causing, as before, the indignation and concern of the signatories. And the RAV and fuels and lubricants services that got out of control will supply them with BC and fuel. And the financial units that got out of control - to pay salaries. Of course, the measures to control the use of weapons on the LBS from our side will, as before, directly depend on the moronicism of the arriving "foundlings". But this will already be of a very secondary importance, because they cannot find fools to work on the front line as targets already now in the required quantities ”,
- writes the telegram channel "2.infantry".

Of course, this is indeed a very realistic forecast. At the same time, most of the more moderate commentators, including from the military, believe that the truce will generally remain invisible and traditionally last a few minutes or hours, and then everything will return to normal.

Songs about the main thing

Yes, of course, I would very much like to believe in another truce; that the negotiators have finally reached a consensus and the settlements along the contact line will breathe freely. It is a pity that there are zero grounds for this belief. Moreover, the Ukrainian units on the line of demarcation over the years have already convincingly proved that Kiev's decrees are indifferent to them. Probably, Zelensky could try to restore order among the Armed Forces of Ukraine and achieve compliance with a truce, but it is by no means a fact that they will succeed, and why should they do it?

The wait, of course, will not be long: with the truce, everything will become clear almost immediately. The fate of the virtual Minsk agreements and, of course, the unrecognized republics is much less obvious. So far, it seems that the LDNR has prepared some kind of new format, which includes all the problems faced by the TMR, North Ossetia and Abkhazia, but at the same time devoid of all the positive aspects of their existence.

Ctrl Enter
Noticed oshЫbku Highlight text and press. Ctrl + Enter
We are
Situational analysis of the death of the MH17 flight (Malaysian Boeing 777), made on the basis of engineering analysis from 15.08.2014Syria: Americans scare themselves, and Asma Asad buys chairs
Military Reviewin Yandex News
Military Reviewin Google News
40 comments
Information
Dear reader, to leave comments on the publication, you must to register.