"The level of our fleet is constantly growing": the parade on the Day of the Navy in St. Petersburg 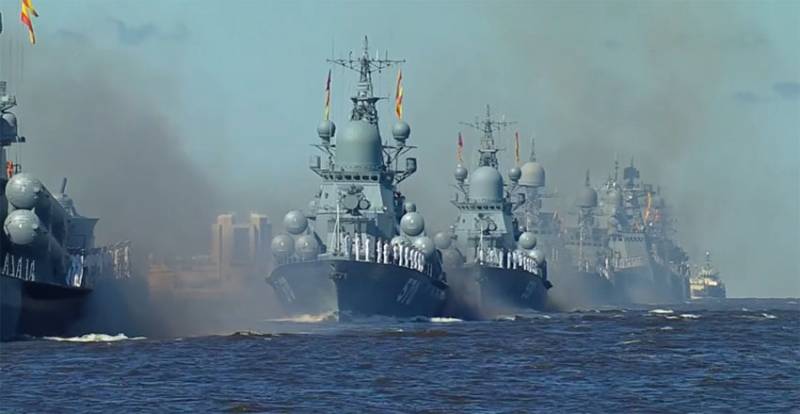 In St. Petersburg, a parade dedicated to the Day of the Naval fleet... The ceremonial events began with the passage of the boat of the Supreme Commander-in-Chief, Russian President Vladimir Putin.


The head of state greeted the crews of warships on the front line and congratulated them on the holiday.

During the main part of his congratulations, Vladimir Putin noted that the Russian Navy is constantly improving, receiving new surface and submarine ships. 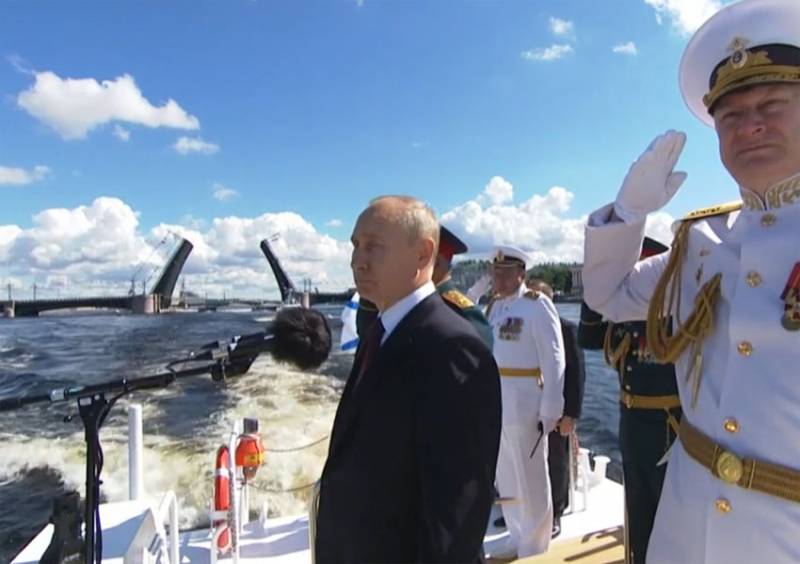 The level of our fleet is constantly growing. This year it will include 40 ships and vessels. The other day, six more ships were laid for our fleet. Warships flying the legendary St.Andrew's flag, the sailors of the Navy, flawlessly perform the assigned tasks.

Vladimir Putin noted that this year is an important date for the fleet and for the entire country - the 200th anniversary of the discovery of Antarctica.

The President thanked the veterans for their invaluable contribution to the Victory over Nazism.

Not everyone can handle service at sea. She is chosen by the call of the heart, those who have a spirit of steel. Long live the Navy! Hooray!
He opened the naval unit of the military parade in St. Petersburg - the anti-sabotage boat "Nakhimovets" with pupils of schools named after Pavel Nakhimov. 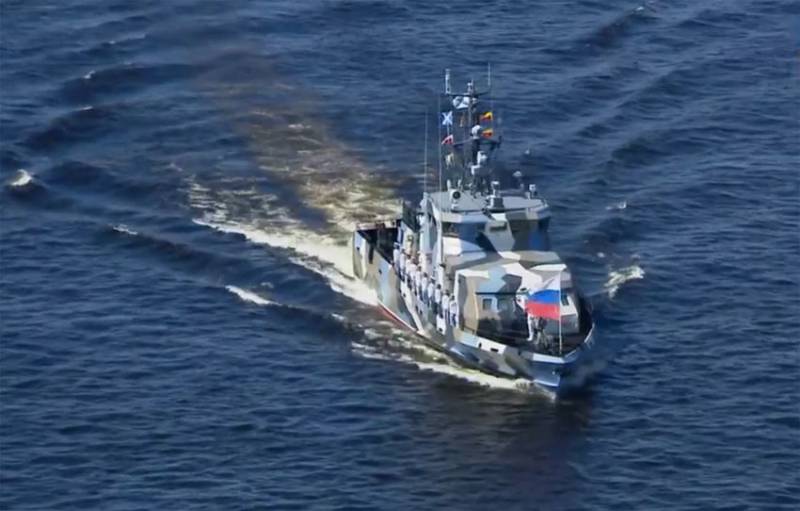 Historical part was opened by the boat "Ivan Pasko" with the boat of Peter I. 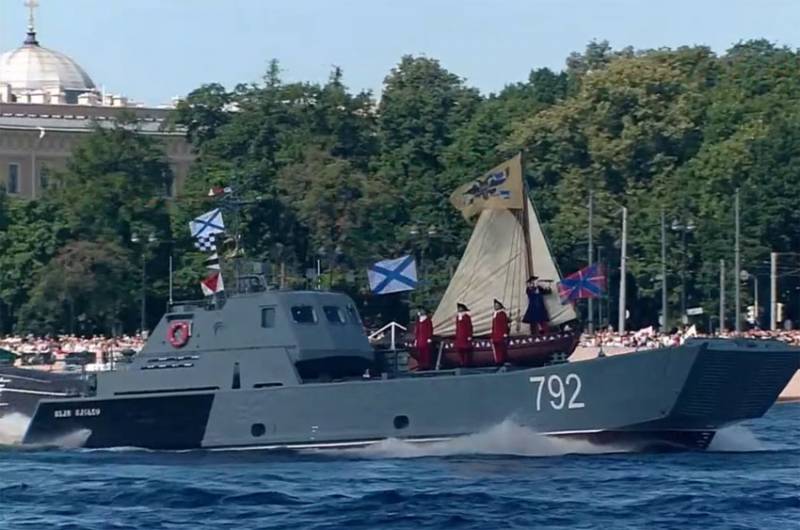 Historical ground vehicles, including the Katyusha installation and the T-34 tank, which were transported on board the landing craft, also took part in the naval part of the military parade.

Among the guests of the military parade in the northern capital are foreign guests: 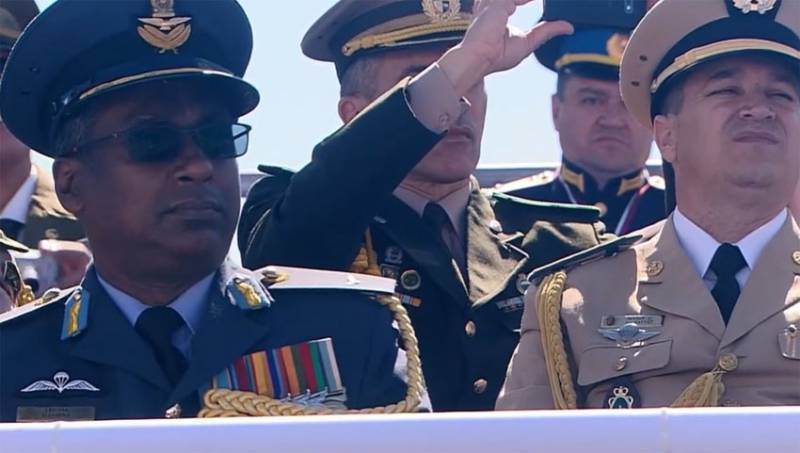 For the first time, the flagship of the Hydrographic Service of the Navy "Admiral Vladimirsky" took part in the parade. From December 3, 2019 to June 6 of this year, he took part in a round-the-world trip dedicated to the aforementioned 200th anniversary of the discovery of Antarctica.

Part of the military parade took place in Kronstadt. 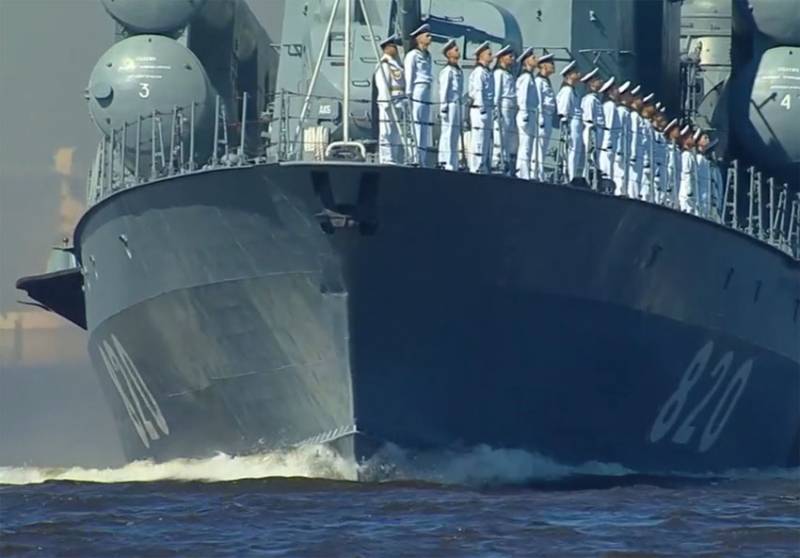 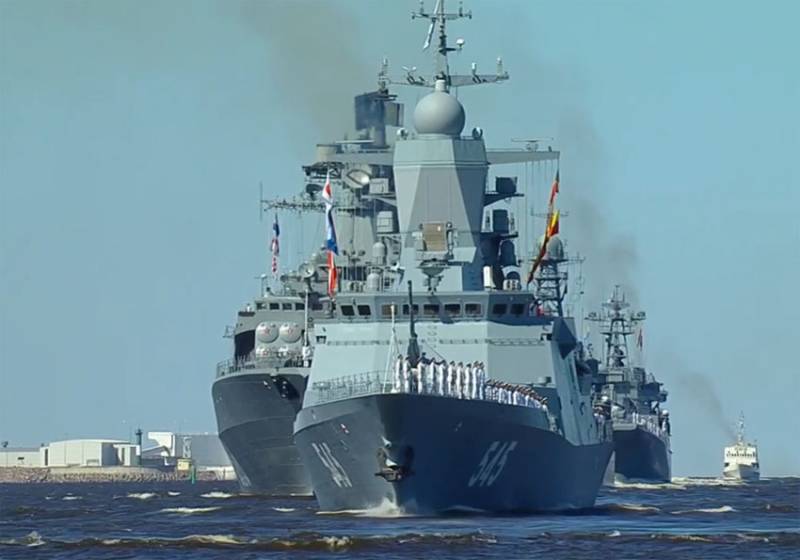 The parade was attended by 42 aircraft of the marine aviation Russia - at heights of 150 m. 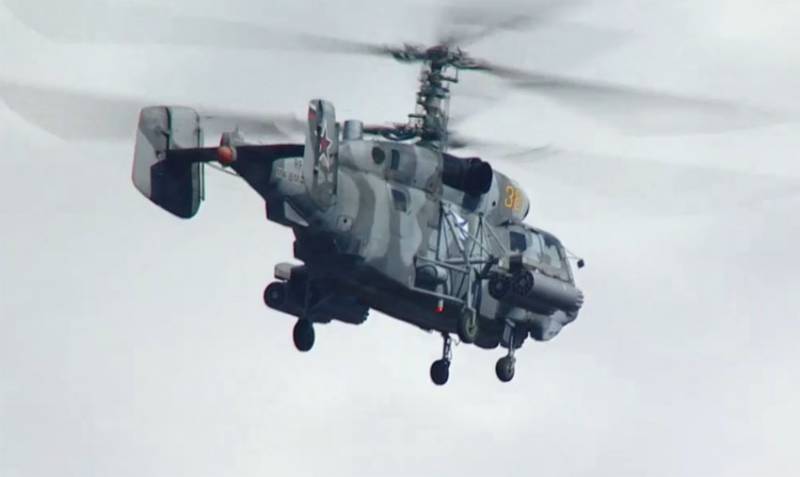 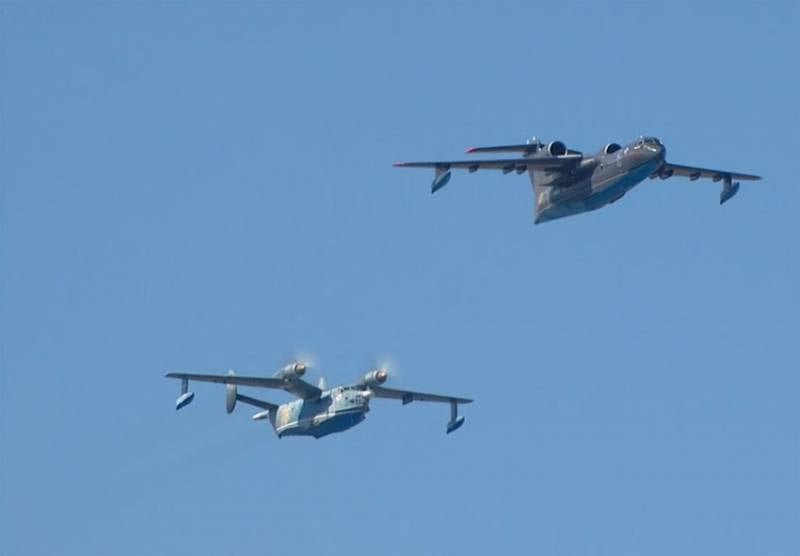 Ctrl Enter
Noticed oshЫbku Highlight text and press. Ctrl + Enter
We are
Reports from the militia of New Russia for 27-28 September 2014 of the yearRussia is taken to the Golden Billion
Military Reviewin Yandex News
Military Reviewin Google News
119 comments
Information
Dear reader, to leave comments on the publication, you must sign in.