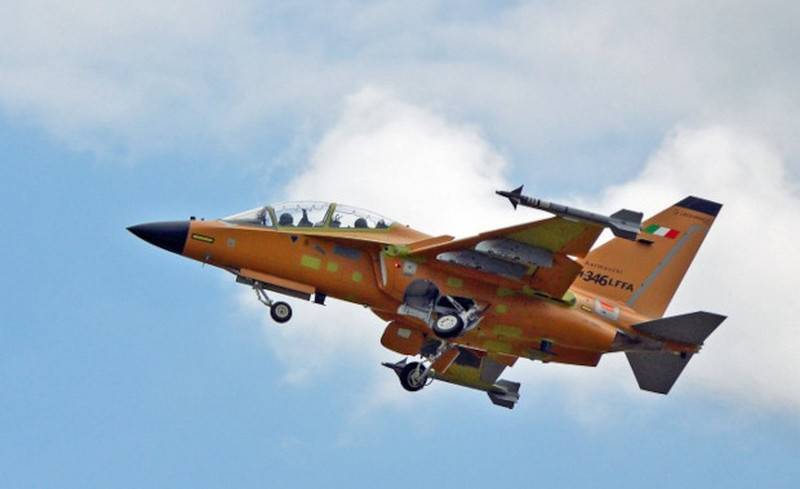 The new promising Italian light fighter M-346FA (Fighter Attack), developed on the basis of the M-346 trainer, made its first flight. According to the Leonardo concern, the tests were recognized as completely successful.


The press service of Leonardo said that flight tests of the aircraft began on 13 July. Deliveries of the new flight fighter are scheduled to begin in 2021.

The M-346FA retained the glider and basic flight characteristics of the M-346 trainer. The fighter also retained the air refueling system and avionics. The aircraft is equipped with a multi-mode Grifo radar with AFAR, an electronic warfare system, a reconnaissance module, as well as seven points for installing weapons: two on the wingtips, two under the left and right wing consoles and one under the fuselage. The declared mass of weapons is 2 tons.

The developers call the M-346FA an ideal solution for countries that need low-cost combat aircraft with low operating costs.

Earlier, the company announced that a light fighter and attack aircraft would be developed on the basis of the training M-346.

The M-346 trainer aircraft was designed by the Russian JSC "Experimental Design Bureau named after AS Yakovleva ”jointly with the Italian company L'Alenia Aermacchi. Due to disagreements between the partners, the development of the model was stopped at the final stage, and each of the companies received documentation for the basic version of the future aircraft (airframe). After that, both companies released their own models: M-346 (L'Alenia Aermacchi) and Yak-130 (Yakovlev Design Bureau). The first flight of the M-346 took place on July 15, 2004, and its serial production began in 2010. Today the vehicle is used for pilot training in Italy, Singapore, Israel and Poland.

Ctrl Enter
Noticed oshЫbku Highlight text and press. Ctrl + Enter
We are
Italian combat training aircraft M-346 will be a light fighterItalians presented the M-346FA lightweight fighter
107 comments
Information
Dear reader, to leave comments on the publication, you must to register.