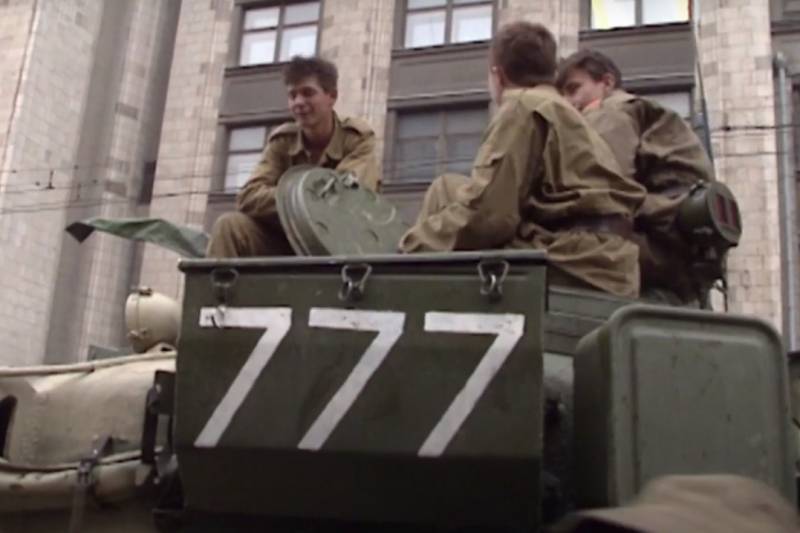 At the end of 1991, the Soviet Union ceased to exist. But even after almost 30 years, we are perplexed: how did it happen that the powerful Soviet Army did not take any steps to defend the unity of the country it served.


The Armed Forces of the USSR in 1990, on the eve of the collapse of the country, served 4 490 800 people. All marshals, generals and admirals, officers, warrant officers and warrant officers, foremen and sergeants, soldiers and sailors of the SA and Navy of the USSR took the oath and had to defend the Soviet state and the Soviet people. However, in reality it turned out quite differently: even the famous Soviet generals, among whom at that time were veterans of the Great Patriotic War, remained silent.

For the post-war history of its existence, the Soviet Army several times participated in the suppression of opposition demonstrations in Eastern Europe (East Germany in 1953, Hungary in 1956, Czechoslovakia in 1968), fought in Afghanistan for nine years in the interests of supporting the Afghan pro-Soviet regime, suffering serious losses. But she could not save her own country from collapse. Now one can argue a lot about the fact that the military leaders did not want to fight with their people, but already at the beginning of 1991 it was clear even to people far from politics where everything was going.

It is unlikely that the Soviet marshals and generals were small children or crazy, so as not to understand the deplorable prospects of the Soviet state, and the cowards of military officers, many of whom went through not only Afghanistan, but also the Great Patriotic War, certainly cannot be called. What prevented the military from taking power into their own hands or, at least, ensuring the coming to power of those forces that could preserve the Soviet state?

First, with all the increased attention to the army in the post-war period, the Soviet party elite always tried to prevent the real influence of the military on the political life of the country. They tried not to let the siloviki into power. As a result, the generation of Soviet generals who were in the ranks by 1991 had already formed a firm conviction that the military should not interfere in politics. By the way, it was at the turn of the 1980s - 1990s. the first political figures of the USSR appeared from among the military - Alexander Rutskoy, Ruslan Aushev, Dzhokhar Dudayev, however, as we understand, they were in a slightly different political camp.

Secondly, the Soviet armed forces were a perfectly working mechanism with excellent discipline, but the SA command did not have the will and initiative to make independent decisions, especially about actions of a political nature.

The same Boris Yeltsin, just two years later, turned out to be much more decisive: the troops brought to Moscow shot the House of Soviets from tanks, and most of Yeltsin's military leaders either supported or was quick to keep silent. Perhaps the whole point was that the military were used to obeying the orders of the Supreme Commander-in-Chief, who in 1991 was still Mikhail Gorbachev. Although the Minister of Defense of the USSR Marshal Dmitry Yazov became part of the State Emergency Committee, and the Commander-in-Chief of the Land Forces of the USSR, General of the Army Valentin Varennikov, and a number of other military leaders were among the supporters of the coup attempt. 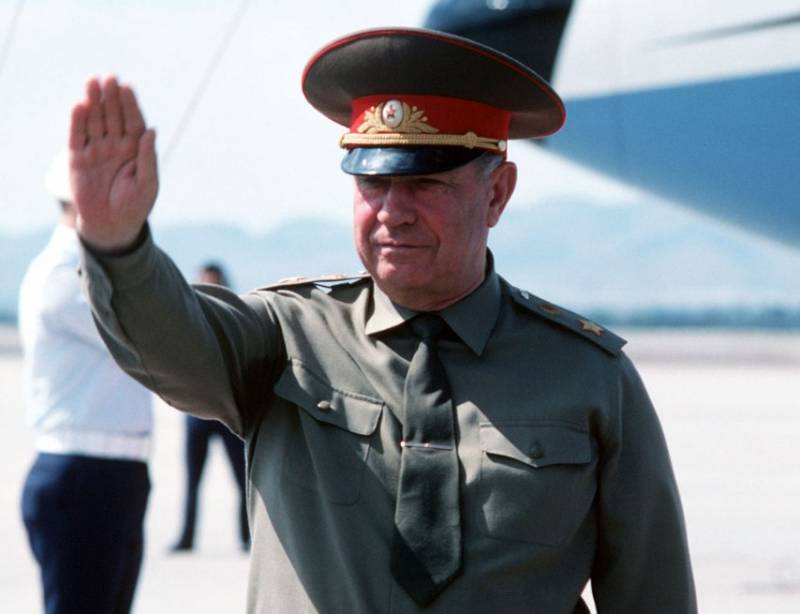 In fact, the indecision of the older generation of Soviet military leaders was such that Gorbachev could not change the country's top military leadership. But he nevertheless went on to update the personnel of the command: the new minister of defense after the failed putsch became the marshal aviation Yevgeny Shaposhnikov, who previously held the post of Commander-in-Chief of the Air Force, and the Chief of the General Staff was the head of the Military Academy named after V.I. MV Frunze General of the Army Vladimir Lobov.

The army did not have its own "hot heads" ready to try to prevent the coming collapse of the Soviet state by force. Even such "radicals" as Colonel-General Albert Makashov, who at that time commanded the troops of the Volga-Ural Military District and supported the State Emergency Committee (for which he lost his post), did not take any more independent and decisive actions against Gorbachev and Yeltsin.

Finally, one cannot deny the personal interest of a part of the military elite of the Soviet Union in the upcoming transformations. A number of new generation generals have made a successful military career precisely because of their direct or indirect complicity in the confirmation of Boris Yeltsin in power. The military merits of these people in Afghanistan, for example, are beyond doubt, but they played a rather negative role in the country's political life.

Ctrl Enter
Noticed oshЫbku Highlight text and press. Ctrl + Enter
We are
What we lostList of destroyed the largest and most high-tech enterprises
Military Reviewin Yandex News
Military Reviewin Google News
319 comments
Information
Dear reader, to leave comments on the publication, you must to register.