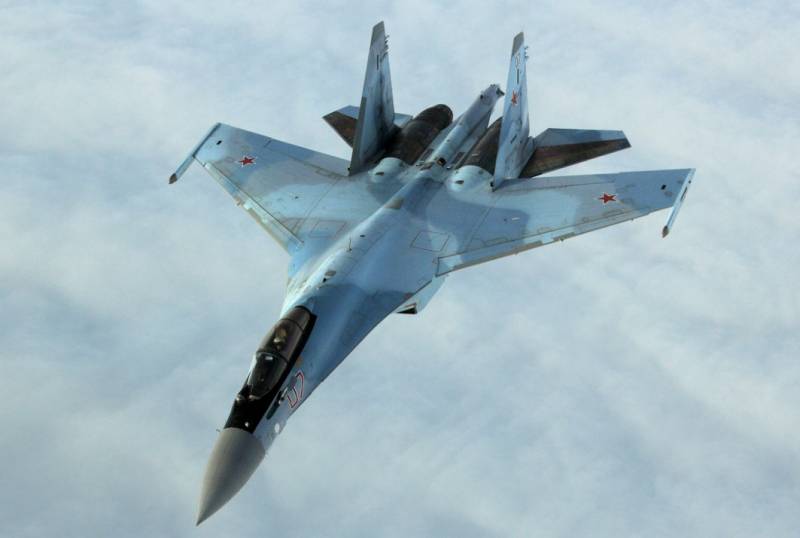 The first batch of Su-35 fighters went to Egypt. In the light of recent events in Libya, the question arises whether Cairo will use Russian fighters against pro-Turkish armed formations in a neighboring country?


The agreement to supply Egypt with more than 20 Su-35 aircraft entered into force at the end of 2018. Thus, Egypt became the second country in the world after China to receive the latest Russian fighters. In Cairo, the attitude towards the air force and the strengthening of its combat power has always been special. The late Hosni Mubarak, himself a native of the Air Force (and, by the way, a graduate of the Soviet military flight school), at one time paid a lot of attention to equipping aviation modern aircraft at that time, and Abdul-Fattah al-Sisi took this baton.

The acquisition of the Su-35 is viewed by the Egyptian military-political leadership as an important step towards ensuring the dominance of the country's air force in the region. However, in North Africa the Egyptian aviation is already the strongest and most well-armed, but in Cairo they are interested in further strengthening their military dominance in the region.

The armed conflict in Libya, which has intensified especially in recent months, is characterized by a rather low level of use of aviation. Both the Faiz Saraj Government of National Accord and the Libyan National Army of Khalifa Haftar have few planes, as well as few qualified pilots. Unmanned aerial vehicles of Turkish production, carefully supplied by Ankara to its satellite Saraj, are showing much more efficiency.

The intervention of the Egyptian armed forces in the Libyan conflict will radically change the existing balance of power. With all the active support from Turkey, the Libyan troops of Saraj and the Syrian militants from Idlib arriving to help them will not be able to fight the Egyptian army, which is many times superior in number, armament and training. Egyptian military aircraft will immediately establish air supremacy, which will also significantly complicate the actions of Tripoli's supporters. 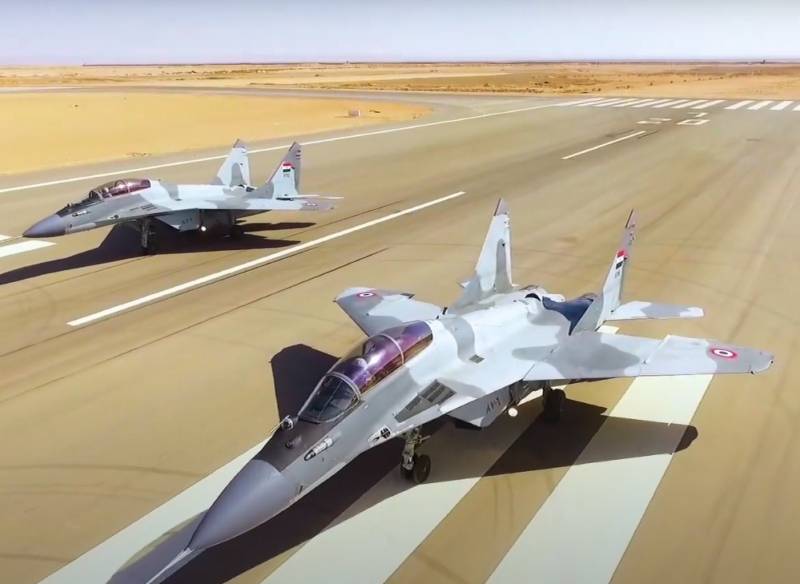 Egyptian Air Force planes on military exercises Qader 2020
As for the use of Su-35 aircraft in the Libyan conflict, there are two scenarios here. The first scenario is that Egypt will not send new, just received fighters to Libya, also because other Egyptian planes will perfectly cope with the suppression of militants. Considering that the PNS has practically no aviation, and Turkey is still unlikely to go into open confrontation with Egypt, older aircraft can also operate in the skies over Libya.

The second scenario is that Egyptian President Abdul-Fattah al-Sisi would really like to test the aircraft received from Russia in practice. Then participation in an armed operation in Libya will become a baptism of fire for the Su-35 of the Egyptian Air Force. Moreover, it is unlikely to use them against ground targets. The very appearance of these Egyptian "Dryers" in the sky of Libya is important - it is hypothetical. The use of the latest aircraft will demonstrate to both the enemy and Egypt's neighbors the opportunities that have opened up to the Egyptian military aviation. In addition, Egyptian military pilots will be able to gain real combat experience on Su-35 aircraft, which is also important, given the difficult military-political situation in the region.

It should be noted that the Su-35 will definitely be used by Cairo, if not directly in hostilities in Libya, then as another threat to the PNS army: they say, do not cross the designated line, or we will use military force, including the latest aircraft ...

If, nevertheless, Egypt uses the Su-35 in Libya, then Libyan militants from the formations fighting on the side of the PNS will not be able to resist these aircraft. All hope will be in Turkey, which, by the way, is already armed with the S-400 air defense system, also of Russian production. Publicist Basel Haj Jasem, in his article in the Daily Sabah, has already made a proposal to transfer anti-aircraft missile systems to North Africa.