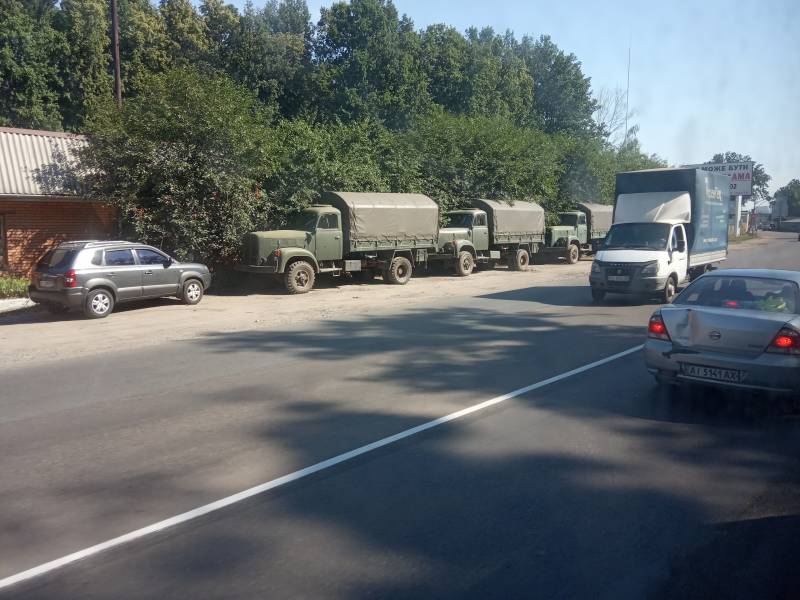 When I received a couple of photos from one of the readers of "Military Review" in my mail, I thought that it would be a continuation of my article "Crosses on the sides. Do not argue with patriots"... Let me remind you that then, while in Ukraine, I managed to photograph replicas of a German armored car and a truck.


Due to the political overtones that surfaced, the comments moved to a slightly different plane, but there were also techies who determined the base on which the crafts were made, and some even recalled the series in which they were seen.

I love movies about the war, so I was very interested in the message, which said that I managed to shoot three (!) "Studebakers" at once at the service station! I myself only once saw an eminent veteran in the museum, proudly standing in an open area among "one and a half" and ZISs, and then someone was lucky - three at once.

The photos I sent aroused disappointment and interest in me at the same time.

Near the service station there is a column of non "students", it became clear to me at first sight. It's just that the author of the photos is ignorant of stories vehicles. But what is it then? Personally, it seemed to me that the next filming was taking place somewhere, and three trucks, converted for the Opel Blitz, were brought in to be repaired before the next epic. True, the unfamiliar chassis and color alarmed (clearly not the "Wehrmacht"). 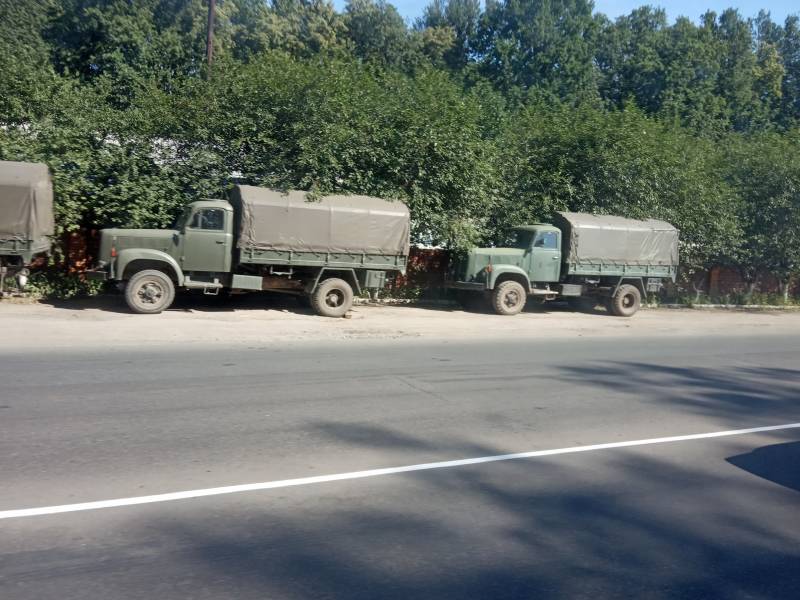 I wrote to the reader with a request to take more detailed pictures, at the same time asked where this service station is located.

It turned out that in Ukraine. The exact address, however, was not named, but this is not the main thing. The main thing is that thanks to closer photographs, it was possible to determine the type of trucks, and after a short search on the Internet, an interesting fate!

By the way, here is the next part of the photos: 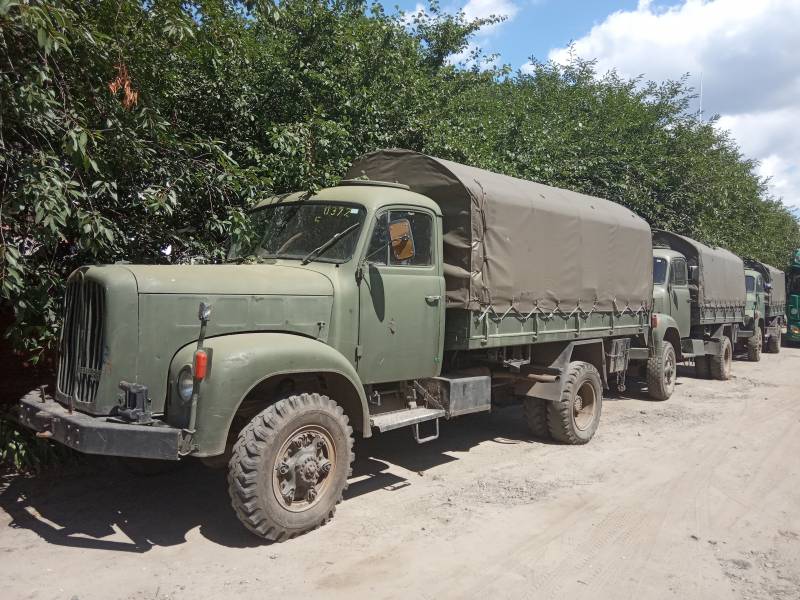 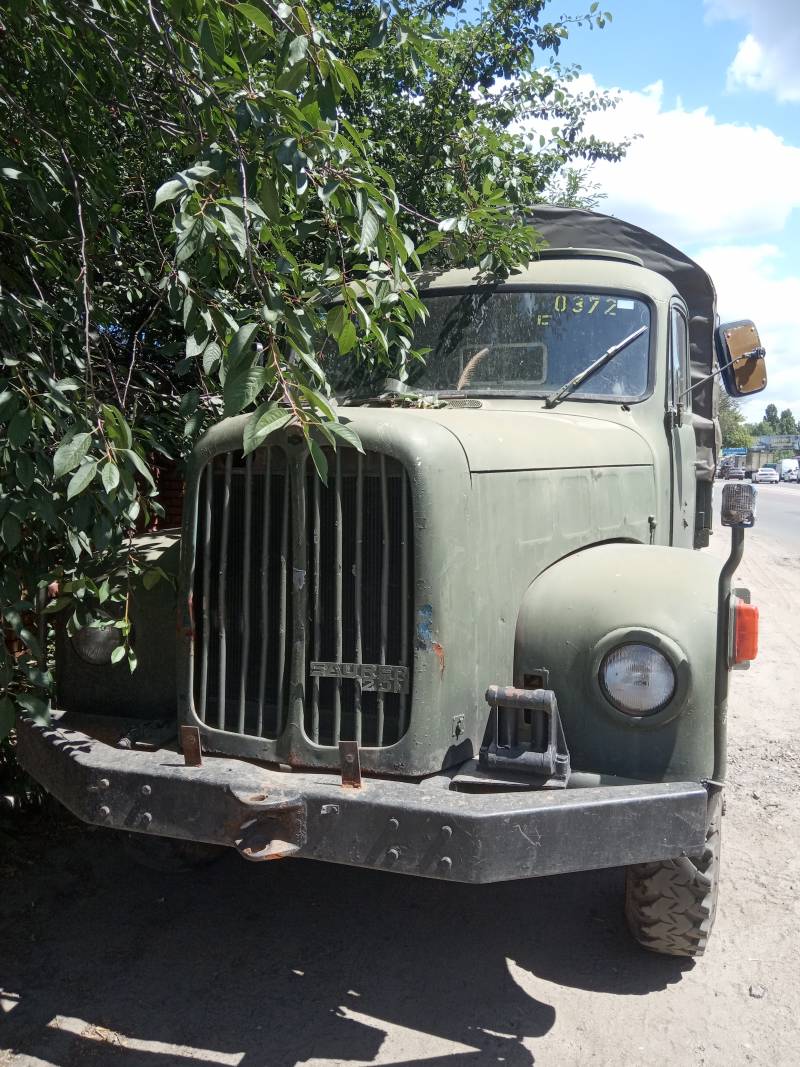 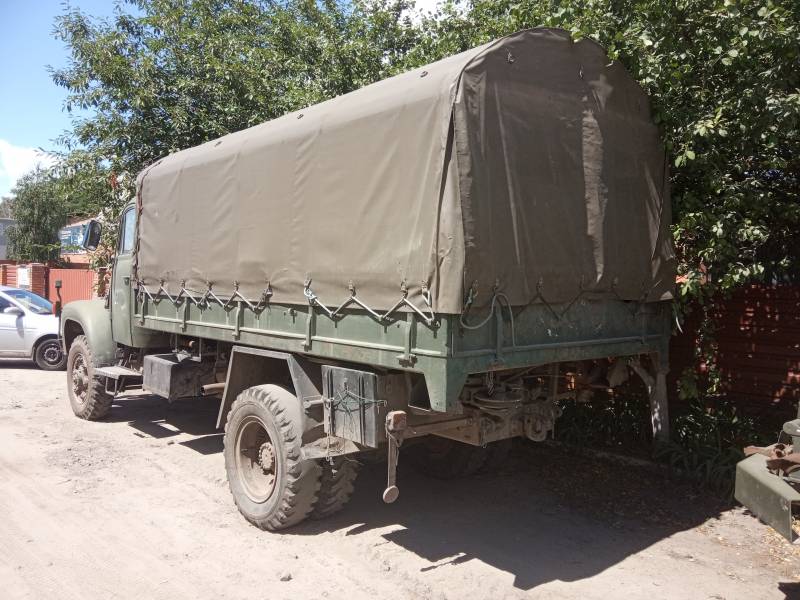 On the radiator grilles you can read: "SAURER 2 DM".

We google and find out that these cars were produced in Switzerland between 1964 and 1976. And about 3200 of them were produced.

What are these "pseudo-songs"? All-wheel drive 4x4 trucks weighing 7100 kg specially designed for the Swiss army. Equipped with in-line 6-cylinder diesel engines rated at 135 horsepower. They could carry a cargo weighing 4,9 tons at a speed of 74 km / h. Slow, in general, but hardy.

Basically, that's it. In addition to answering the question: what are they doing at the service station in Ukraine?

The answer to this question can also be found on the Internet. Several dozen of these trucks were delivered to Ukraine in 2015 with the help of volunteers. There is also a photo from the front line. 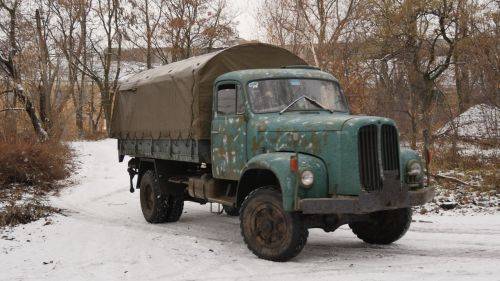 Here's an unexpected continuation happened. You go and carefully look at the roadside ...

Author:
Nazarius. The leader of the Redskins.
Photos used:
photo of the author.