How the Kremlin comments on the Khabarovsk slogans "Degtyarev - home!" 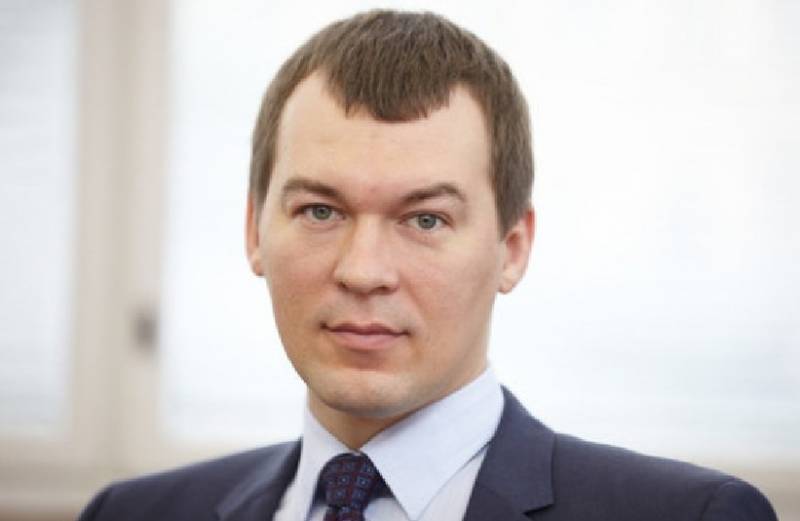 The head of the Kremlin press service Dmitry Peskov said that one should not give any assessment to the slogans "Degtyarev - home!", With which the residents of Khabarovsk took to the streets. He expressed the opinion that before that it is necessary to get to know the new head of the region better, to let him prove himself.


This was announced by the correspondent of the media holding RBC.

The journalists reminded the press secretary of his own words that, when deciding on the appointment of the acting governor of the Khabarovsk Territory, the country's leader took into account the opinion of the region's residents. Representatives of the press drew his attention to the slogans "Degtyarev - home!", Which can be considered an expression of the position of local residents to the decision taken by the Kremlin.

When asked by one of them whether the new interim should talk to the protesters, Peskov answered positively. The press secretary explained Degtyarev's refusal to meet with the people by his accumulated urgent matters, which require urgent intervention by the new head of the region:

Of course, no one refuses to communicate with citizens. Degtyarev has been working in the region for only a few days. It is obvious that many cases have accumulated there that need to be resolved.
Mikhail Degtyarev has been appointed acting governor of the Khabarovsk Territory to replace Sergei Furgal, who is facing criminal charges.

Ctrl Enter
Noticed oshЫbku Highlight text and press. Ctrl + Enter
We are
Sergey Furgal lost his post as governor of the Khabarovsk TerritoryReports from the militia of New Russia for 27-28 September 2014 of the year
263 comments
Information
Dear reader, to leave comments on the publication, you must to register.