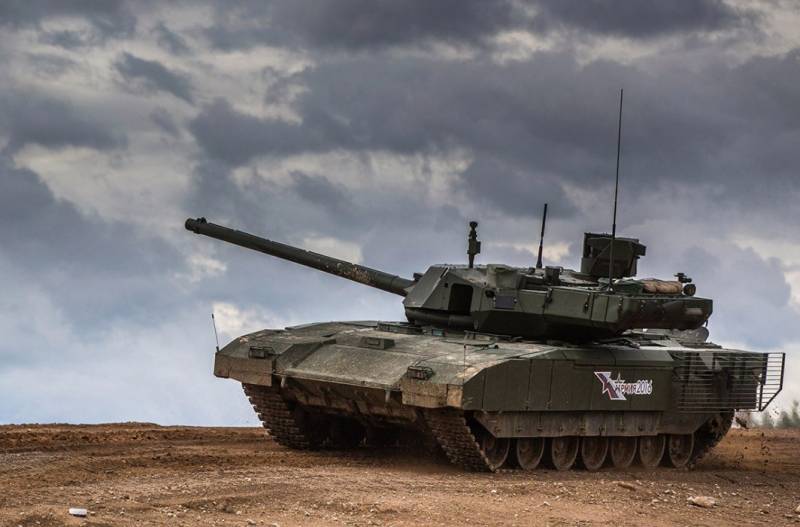 High speed is an important advantage, but not the main characteristic of the main combat tank... However, we decided to compile a rating of the fastest main battle tanks.


We note right away that a number of modern main battle tanks have approximately the same speed - within 50 km / h on rough terrain and 70 km / h on the highway, therefore, among tanks with similar characteristics, we selected only a few of the most popular representatives.

Our rating includes both Russian and foreign tanks, both currently in service in the armed forces of various countries of the world, and promising ones.

The Israeli main battle tank "Merkava" is deservedly considered one of the most effective and reliable MBT in the world, but it cannot boast of high speed: off-road, the "Merkava" can reach speeds of around 40 km / h, and accelerate on the highway to about 60-65 km / h. The mobility of an Israeli tank is complicated by its very powerful and heavy protection. 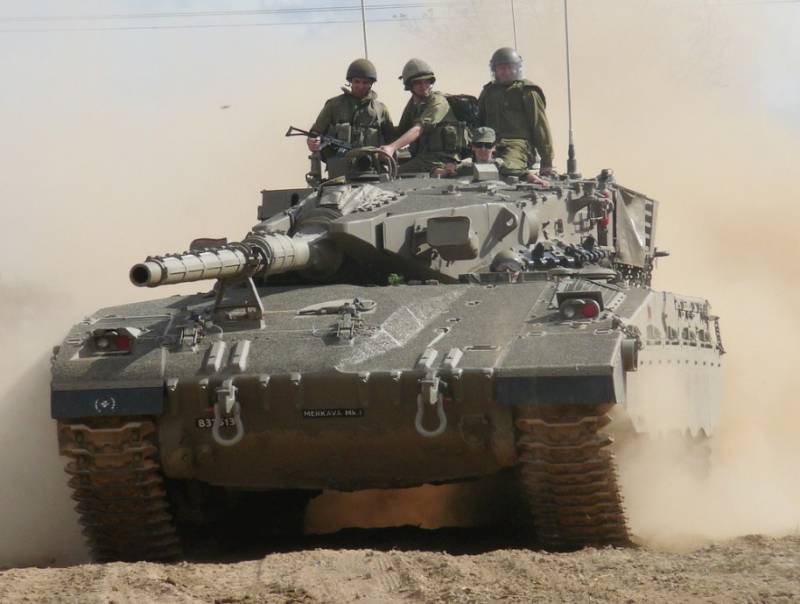 The Israeli tank "Merkava" is called one of the best in the world. Photo: Wikipedia / Adamicz

However, given the specifics of the hostilities waged by Israel, and this is a relatively limited area and often street battles, high speed is not needed for the main battle tank of the Israel Defense Forces, but the protection of the crew from enemy shells is very important for it.

The modern Russian main battle tank T-90 in its original form cannot boast of a high speed, which is only 40 km / h off-road and 65 km / h on the highway. However, the latest modifications of the T-90, which have not yet entered mass production, have more interesting characteristics in terms of speed. 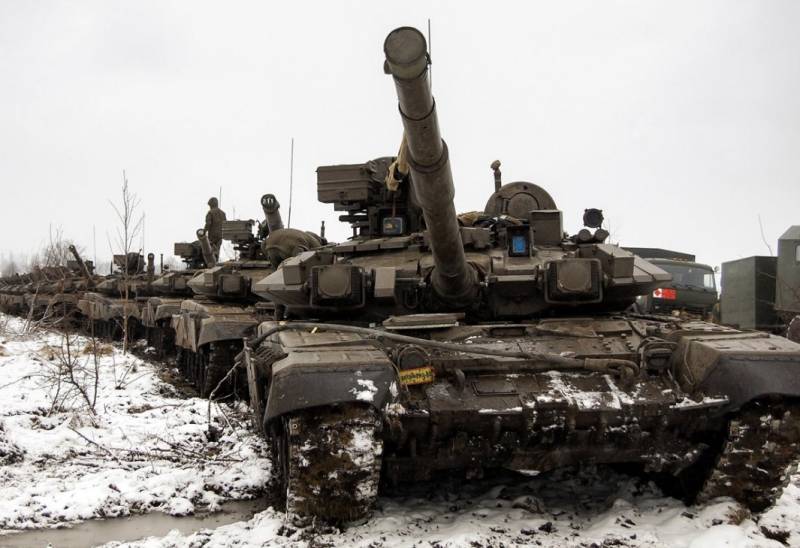 Column of T-90 tanks before the start of the exercise. Photo: Twitter of the Ministry of Defense of the Russian Federation

In particular, the T-90AM is capable of speeds of 45 km / h on rough terrain and up to 70 km / h on the highway. That is, the latest modifications of the Russian tank have better speed characteristics than the Israeli Merkava and are comparable to fast foreign MBTs. 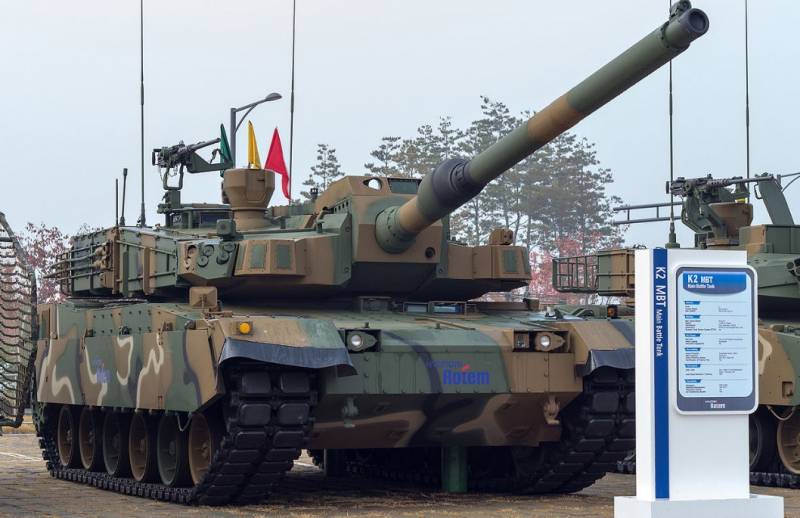 The South Korean Black Panther main battle tank uses a new transmission unit with a 1500 hp engine. In addition, the tank also has a 400 hp gas turbine unit, which ensures the operation of the generator and electrical equipment of the combat vehicle when the engine is off. As for the speed, the South Korean tank demonstrates quite high performance: on rough terrain, it is capable of accelerating to 50 km / h, moving along the highway at a maximum speed of 70 km / h. 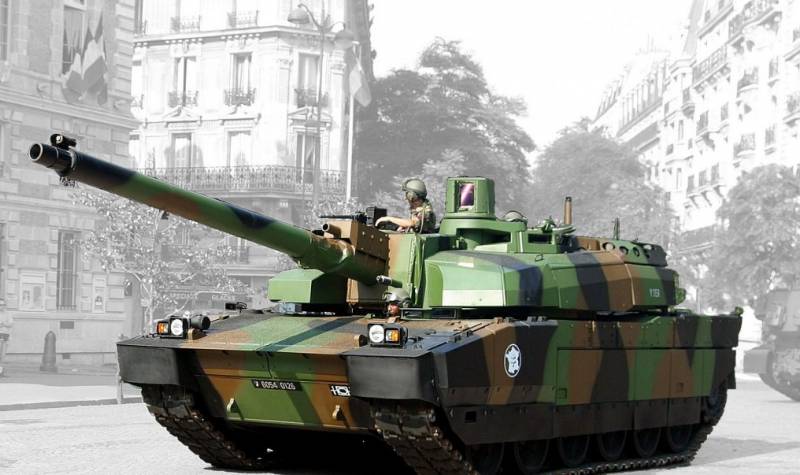 The French MBT "Leclerc" was developed in the 1980s to replace the outdated AMX-30 tank at that time. The Leclerc is currently considered the most expensive main battle tank in the world, which explains the relatively small number of copies in service with the armies of France and the United Arab Emirates.
Among other advantages of the tank, which we will not talk about today, it is worth highlighting its high speed. On rough terrain "Leclerc" can reach speeds of up to 50 km / h, on the highway - up to 71 km / h. Although this speed does not provide the tank with the first place in terms of mobility, it can be attributed to the number of fairly fast tanks. 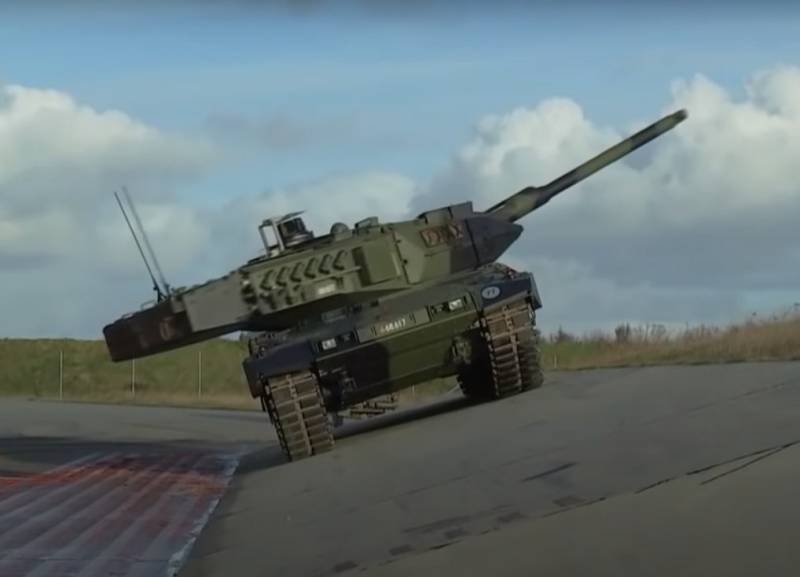 One of the latest modifications of the famous German main battle tank "Leopard" 2A7 differs from its predecessors in its higher speed. 1500 hp engine allows the tank to accelerate on the highway to a speed of 72 km / h, which is even higher than that of the "French" "Leclerc". Currently, "Leopards" are in service not only with the German Bundeswehr, but also with the armies of many other countries of the world. The Revolution MBT modification of the Leopard 2A5, which is in service with the Bundeswehr and the Indonesian ground forces, also develops high speed. 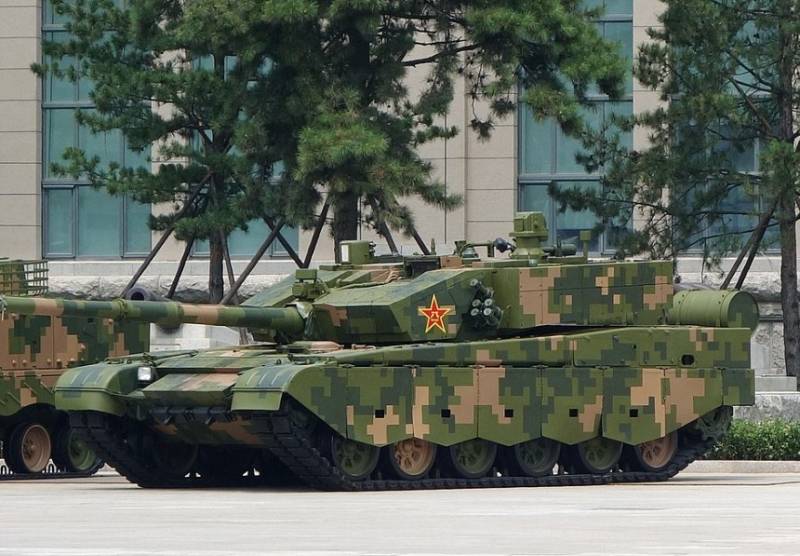 The Chinese Type 99 main battle tank is a logical continuation of the concept of the Soviet T-72 tank, but with modern additions. Serial production of the tank began in 1998, currently the PLA has approximately 600 Type-99 and 250 Type-99A.
One of the undoubted advantages of the Chinese tank is its high mobility. On rough terrain Type 99 is capable of speeds up to 60 km / h, on the highway - up to 80 km / h. At the same time, the tank accelerates to 32 km / h in just 12 seconds. 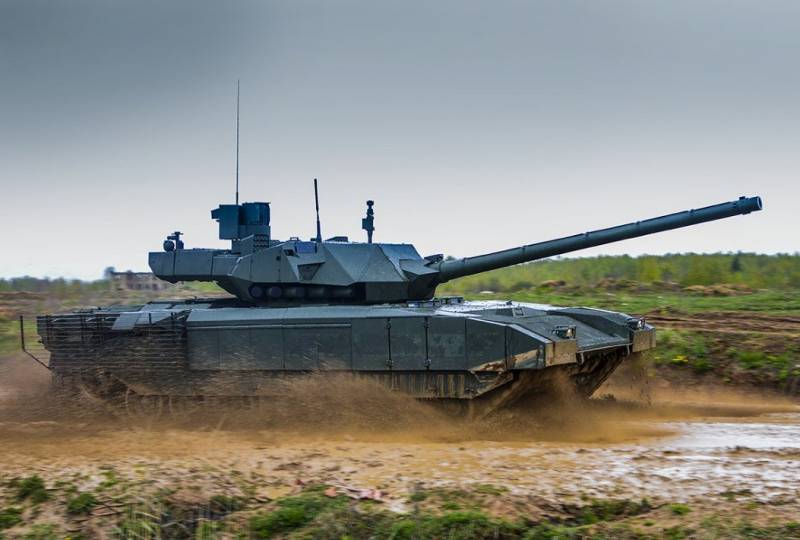 A promising Russian Armata tank during military trials in the 1st Shock Guards Tank Army. Photo: Twitter of the Ministry of Defense of the Russian Federation

The promising Russian main battle tank "Armata", if it is put into mass production, will rightfully become the fastest MBT in the world. According to the Russian military, the T-14 "Armata" tank is capable of speeds up to 90 km / h, not only on the highway, but also over rough terrain, which makes it definitely faster than almost all existing battle tanks in the world. However, although the T-14 "Armata" tanks have already been demonstrated at military parades more than once, they have not yet entered serial production.

Ctrl Enter
Noticed oshЫbku Highlight text and press. Ctrl + Enter
We are
About Stalin and KhrushchevWhat you didn't want to know about England
Military Reviewin Yandex News
Military Reviewin Google News
76 comments
Information
Dear reader, to leave comments on the publication, you must to register.