Russian pensioners will not go to Paris again: reflections on reform 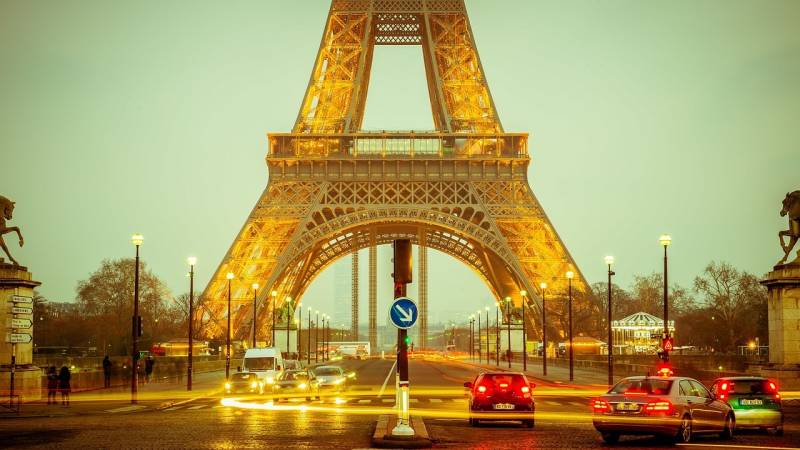 Imperceptibly, but with sufficient persistence in our media they begin to "disperse" a new topic. Now these are poor pensioners who are simply dying of hunger in Russia, on the one hand, and, probably, one of the few categories of Russian citizens to whom the state is constantly increasing payments, on the other hand. The topic is really fertile for a writer with any political orientation.

Why retirees will always "starve"

I think that we will not argue that retirement for any pensioner is accompanied by a real decrease in income. This is a given, the law of life, if you like, which no state in the world can change. The transformation of a citizen from a depositor into a consumer is always a serious blow to the state for the state. A new pensioner is another mouth on the neck of a working citizen.

Even in the ideal society that we all dream of, the pension should be approximately 70% of the income that a person previously received. Note that I did not name the amount of the pension. I did not name it simply because this amount is individual for each person. And it depends on many factors, ranging from the position and place of residence of the citizen and ending with the quantity and quality of property that he owns.

A pension of 20 thousand rubles somewhere in a village located "on the periphery" and the same pension in Moscow or another megalopolis of the country are completely different pensions. The same pension for a janitor, who, being an employee, received a little more wages, say, 22 thousand rubles, and for the People's Artist of the Moscow theater is perceived differently.

Hence, any pension will always be small for a person, "a mockery of a person", if you like. And the state cannot do anything about it at this stage. In order to fill someone's pocket, you need to take some of the funds from another pocket.

What to expect for pensioners in the current situation

Of course, ideally it would be great if the system that we have heard about for many years now works. The system of funded pensions. The state old-age pension plus a funded pension from some kind of pension fund will add up exactly the funds that a citizen received as an employee. Or reduce the gap between pensions and wages that exists today.

Today, young pensioners simply do not have funded pensions. For one simple reason: when this system was introduced, they simply could not save something in a private pension fund due to their rather serious age. This was discussed even when the system was introduced. Even the age of future retirees was clearly indicated.

Thus, it is not worth waiting for a miracle from the Russian government in the form of a sharp increase in pensions for all categories of citizens in the coming years (and there is not much time left before the start of the funded pension payment system).

Miracles are the prerogative of God, not the government. Pensioners will receive a pension in accordance with the adopted amendments to the Constitution of the Russian Federation. And the lower limit of the amount of a particular person's pension will be the cost of living in the region of residence. Therefore, our pensioners will not go to Paris for a cup of coffee on the Champs-Elysees again ...

A draft of the main characteristics of the budget of the Pension Fund of Russia for 2021 and for the planning period: 2022-2023 appeared in the media. The project was drawn up on the basis of a mid-term forecast of the socio-economic development of the Russian Federation according to the basic version of the Ministry of Economic Development. It was this project that was sent to the government of the Russian Federation as the main document.

What specific data are given there? We are so used to "percent" and "times" that specific numbers are really perceived as unusual. Therefore, it is worth voicing them again.

So, let's start with the old-age pensions that are offered in the project for the coming years. To clarify, this is not yet an official document, but only a draft budget of the PF RF. Therefore, it is too early to speak of numbers as a fact. We will assume that these are possible indicators that the Pension Fund in its current state will pull in the next year and in the next three years, respectively.

The Pension Fund of the Russian Federation proposes to index old-age pensions next year by 5,7%, which in monetary terms corresponds to 17.432 rubles. Few? I agree, not enough. But let's add the second number here: the pensioner's subsistence minimum. Naturally, again predictable. 9.498 rubles. And what happens? Pensioners are not on the brink of survival, but they will receive the very same percentage of real wages.

Yes, pensioners will not be able to live on that kind of money. And in Paris, as already mentioned, they will not be able to go on an excursion. But we will not talk about survival and nutrition from the nearest garbage dumps with such a pension either. Pensioners will be able to really live, if, of course, the state retains benefits for medicines, medical and sanatorium services, and utilities. In short, pensions and benefits will really seriously help the elderly live if the state will provide these two social factors.

By the way, according to the project, this trend will continue in the coming years. In 2022, the average pension is said to reach 18357 rubles (an increase of 5,3%), with a living wage of 9840 rubles. And in 2023, the numbers will increase even more. 19283 rubles at a minimum of 10193 rubles. That is, the Pension Fund intends to keep pensions at about twice the cost of living.

Issues related to pensions concern all of us in one way or another. Most of the citizens of our country are anxiously awaiting the moment when they have to become a pensioner. They are waiting anxiously simply because all the previous years of our country's existence have taught people not to believe in the "good heart" of the state and government. The pension is perceived as not a very happy transition from a citizen necessary for the country into ballast, which this state does not need.

Alas, in many ways these fears are true. Today's pensioners remember the pensioners of the USSR, their parents. They remember, sometimes idealizing that time, but remember as a time when a pensioner lived not richly, but with dignity. When a grandmother's arrival from another city to see her grandson or granddaughter was perceived as quite ordinary.

It seems to me that the situation will not change in the coming years, until the appearance of the first pensioners with savings in private pension funds. The government will support pensioners at the minimum that gives at least some guarantee of survival. The state does not have enough strength for more.

For those pensioners who are still able to work, conditions will be created for returning to work. Not for the positions that they held before retirement, but for low-paid jobs that young people do not go to, which do not require any special skills, such as guards, concierges or watchmen.

The rescue of the drowning is the business of the drowning themselves. A relevant slogan not only today, but also tomorrow. Dear average pensioners, we will not go to Paris again this year. How did you not go in the past, the year before last and all previous years ...

Ctrl Enter
Noticed oshЫbku Highlight text and press. Ctrl + Enter
We are
Raising the retirement age. Forced measure for the development of the economy or a threat to the social order of the country?Bashar al-Assad: In Syria, not the “revolution” that the enemies are talking about, but the revolution of the army and the people against terrorists
Military Reviewin Yandex News
Military Reviewin Google News
178 comments
Information
Dear reader, to leave comments on the publication, you must sign in.