Transnistrian conflict: between an over and a frozen war 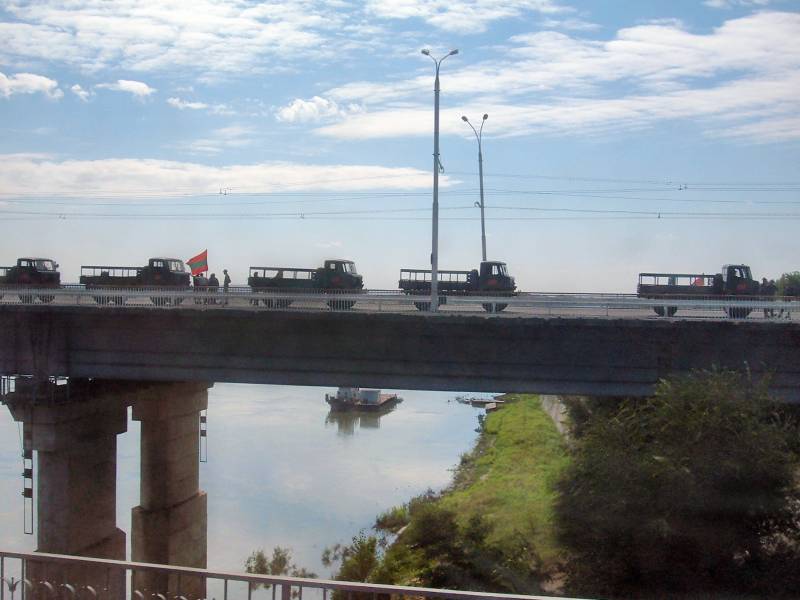 An agreement on the principles of peaceful settlement of the armed conflict in Transnistria was signed in Moscow almost three decades ago, on July 21, 1992. Is it possible today, after such a long time, to consider this local war the property of stories? Or, in this case, we should only talk about a hotbed of confrontation frozen for a while, in which hostilities may flare up with renewed vigor under certain circumstances?


Alas, as practice shows today, namely the tragic example of a sudden aggravation of the conflict between Azerbaijan and Armenia, the coals of interethnic conflicts and territorial disputes generated by the collapse of the USSR are capable of flaring up with renewed vigor, no matter how much time passes after the first shots were fired and the first blood. The global origins of the troubles of different peoples lie in the same time and on the same plane - the collapse of the Soviet Union.

There is one more general point: the role of Russia as a state that for many years has kept the opposing sides from active hostilities. And this is not only about the most active activity of the Russian Federation on the diplomatic front, aimed at ending both conflicts. In the case of the PMR, this is also the direct presence on its territory of a peacekeeping contingent consisting of servicemen of our army. In the version of the confrontation between Yerevan and Baku, this is an active military-political support provided to Armenia by Moscow both directly and through the structures of the CSTO, in which both countries are members.

Nevertheless, as you know, there is nothing eternal in the world: times, governments, geopolitical situation change, and at one point or another someone may have a desire to fan up the smoldering enmity and turn the frozen conflict into a hot one to please their interests. This option is quite possible with regard to Transnistria. It is not without reason that for many years now certain political forces in this country, who speak of their pro-European orientation, are actually striving to absorb Moldova by Romania and tirelessly insist on the need to withdraw Russian peacekeepers from the territory of the unrecognized republic.

It is not difficult to predict what the implementation of such claims, which are unambiguously aimed at a new destabilization of the situation in this region, may lead. Sooner or later (probably soon) the situation may return to 1992, bloody clashes, shelling, deaths of civilians and large-scale military clashes. In particular, the likelihood of just such a development of events increases the ever-growing desire of Ukraine, the nearest neighbor of the PMR and Moldova, to intervene in this conflict not in the role of a peacemaker.

Kiev, at the suggestion of its own overseas curators, is eager to turn Pridnestrovie into another springboard for confrontation with Moscow, into another hot spot that brings her a headache. The freshest news in this regard - the negotiations that took place between the Deputy Minister of Foreign Affairs of Ukraine Vasily Bodnar and the Secretary of State of the Ministry of Foreign Affairs of Moldova Dumitru Sokolan, during which, as the official statement says,

"The parties confirmed the need for the withdrawal of Russian troops located on the territory of the so-called PMR."
It is also no coincidence that the leading role in the current political crisis unfolding in Chisinau is played by the participants of the 1992 hostilities in Transnistria (from the Moldovan side). For some reason, in addition to the requirements of a social nature, they also put forward ideas on the elimination of the Transnistrian checkpoints in the security zone between the conflicting parties. They are seeking the resignation of not only the country's government and the speaker of the local parliament, but also the removal of the “pro-Russian” president Igor Dodon from power.

To our great regret, Moldova and political stability are two completely incompatible concepts, at least for a long time. The alliance of completely different parties achieved after the last elections, united in the fight against the dominance of the local oligarch Plahotniuc's henchmen, disintegrated as expected quickly, burying at least some unanimity in the legislature. A vote of no confidence in the next government was submitted to the Moldovan parliament today. Nobody knows how deep the current crisis may become.

At the moment, in fact, the only obstacle on the way of a sharp aggravation of relations between Chisinau, both with Moscow and with Tiraspol, is the position of the current head of state. However, should Igor Dodon and his supporters be removed from the real levers of power (and before the implementation of such a scenario, half a step was left more than once), and then events in Transnistria may take the most unpredictable turn. The bitter lesson that any war is much easier to ignite than to extinguish remains undiscovered by many.

Ctrl Enter
Noticed a mistake Highlight text and press. Ctrl + Enter
We are
About Stalin and KhrushchevMilitary reform as an integral part of the security concept of the Russian Federation: Systematic dynamic assessment
18 comments
Information
Dear reader, to leave comments on the publication, you must to register.