A terrorist attack against law enforcement officers prevented in Kabardino-Balkaria 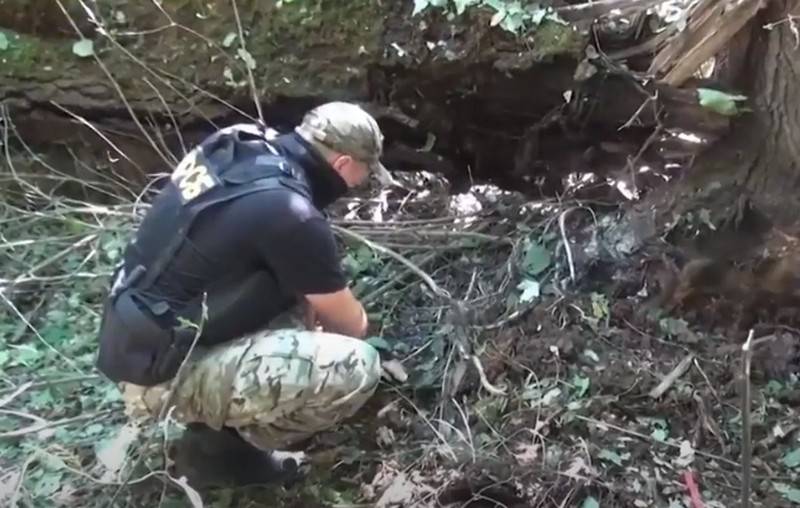 In Kabardino-Balkaria, a terrorist act prepared by members of the Islamic State terrorist group banned in Russia was prevented, the terrorists were destroyed. This was reported by the FSB Public Relations Center (DSP).


As reported, four IS militants were overtaken in the mountain-wooded area of ​​the Chegem region of the republic. On offer to fold weapon and they refused to surrender, opening fire on the security forces. All four militants were killed on the spot by return fire. An assault rifle, a carbine, two pistols and ammunition were found at the site of the clash. There is no information about the wounded among the security forces and the civilian population.

The FSB of the Russian Federation, together with the Ministry of Internal Affairs of Russia, suppressed at the stage of preparation a terrorist act against law enforcement officers on the territory of the Kabardino-Balkarian Republic, planned by members of the cell of the international terrorist organization "Islamic State" banned in Russia
- said in a statement.

During searches at the place of secret residence of the killed militants in Nalchik, a ready-to-use improvised explosive device, components for making IEDs, correspondence with IS militants discussing plans to commit terrorist acts were found.

A criminal case has been initiated on this fact, investigative and operational measures are continuing.
Ctrl Enter
Noticed oshЫbku Highlight text and press. Ctrl + Enter
We are
Terrorist attack prevented in Kabardino-BalkariaResults of anti-terrorist work on Dagestan in April 2014
Military Reviewin Yandex News
Military Reviewin Google News
18 comments
Information
Dear reader, to leave comments on the publication, you must sign in.