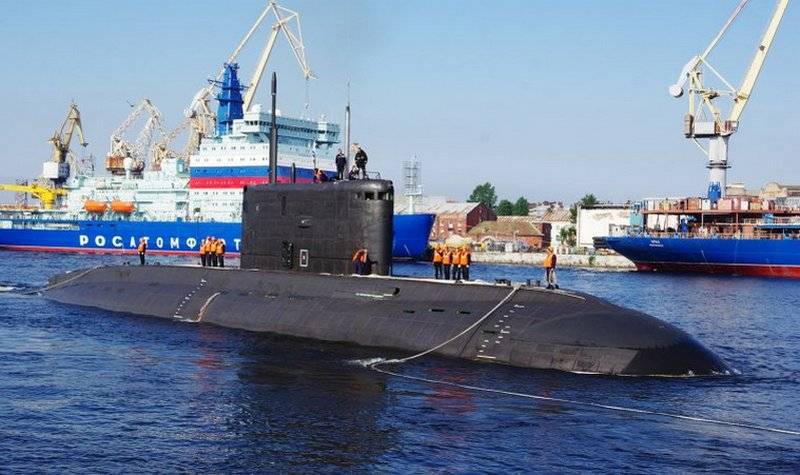 Factory sea trials of diesel-electric submarines of project 636.3 "Volkhov", built for the Pacific fleet at the "Admiralty Shipyards", completed. The press service of the enterprise reports.


The sea trials phase was reportedly held from June 18 to July 21. During this time, the sonar complex, radar and communication systems, submarine life support systems, etc. were checked. The submarine made a number of planned dives, all mechanisms and systems were operating normally.

After the submarine arrives at the Admiralty Shipyards, the submarine will be prepared for state tests scheduled for mid-August. The transfer of the submarine to the Russian fleet will take place immediately after the end of state tests, the exact date has not yet been announced.

The Volkhov diesel-electric submarine is the second Varshavyanka-class submarine in the series being built for the Pacific Fleet. Laid down on the same day as the lead diesel-electric submarine "Petropavlovsk-Kamchatsky" - July 28, 2017, launched on December 26, 2019. The lead submarine "Petropavlovsk-Kamchatsky" has already become part of the Pacific Fleet. The third and fourth submarines, named Ufa and Magadan, were laid down at the Admiralty Shipyards on November 1 last year.

The contract for the construction of a series of six “Varshavyanka” for the Pacific Fleet was signed by the Ministry of Defense of the Russian Federation and the “Admiralty Shipyards” in September 2016. DEPLs belong to the third generation of diesel-electric submarines. As previously reported by the Ministry of Defense, some changes were made to the design of submarines to improve their tactical and technical data.

Ctrl Enter
Noticed oshЫbku Highlight text and press. Ctrl + Enter
We are
The second “Varshavyanka” for the Pacific Fleet began mooring trialsSubmarines for the Black Sea Fleet will be built at the Admiralty Shipyards
Military Reviewin Yandex News
Military Reviewin Google News
88 comments
Information
Dear reader, to leave comments on the publication, you must to register.