The answer to modern Russian submarines: the United States is developing underwater drones 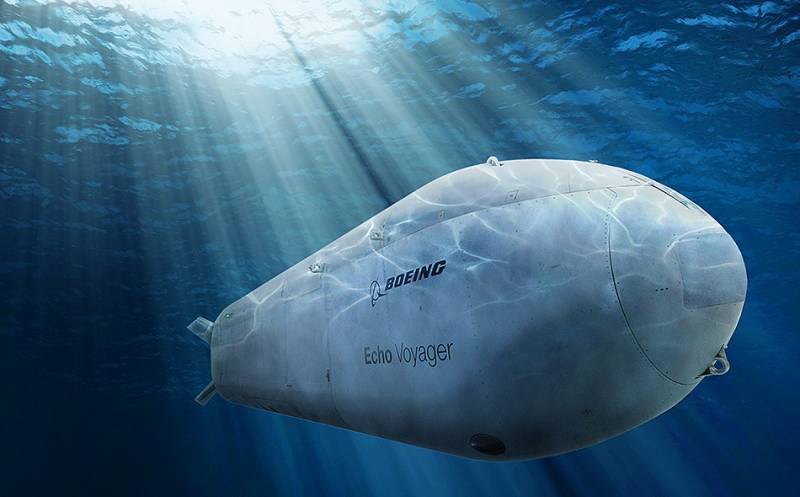 American deep-sea drones can cause serious trouble for Russian submarines. Defense News writes about the prospects for the creation of unmanned vehicles for the US Navy.

The command of the US Naval Forces has instructed in the near future to develop a comprehensive strategy for the deployment and use of unmanned systems in the air, on water and under water. Admiral Michael Gilday, head of the US Navy's Marine Operations Division, spoke in an interview with Defense News about a new family of unmanned systems - ultra-large, large and medium-sized underwater vehicles operating at depth, surface unmanned vessels and unmanned aerial vehicles.

The desire of the naval command to develop a drone program in the US Congress, however, is considered too hasty, as new technologies have not yet been developed that would make the projects of naval engineers a reality. At the same time, the US Navy and the US Department of Defense believe that it is necessary to accelerate towards the creation of drones so as not to upset the existing balance with China. After all, Beijing, as you know, is also very active in this direction.

The US Congress even announced its readiness to limit any funding for purchases of large unmanned surface ships until the naval command is able to provide lawmakers with evidence of the development of an appropriate hull, mechanical and electronic equipment, allowing the device to operate autonomously for at least 30 days in a row.

Also in the US Congress they believe that the Navy should provide a reliable operating system with functionally integrated surveillance systems, electronic warfare, etc. Consequently, the American fleet in a sense, hands are tied. Congressmen, in turn, assure that they are trying to protect the command of the Navy from possible mistakes.

Drones are becoming an important weapon of the US Navy

The US Navy claims that the concept of operations using underwater drones will be presented in the fall of 2020. One of the important tasks, according to Admiral Gildey, will be to complicate the aimed fire of the enemy on American ships. 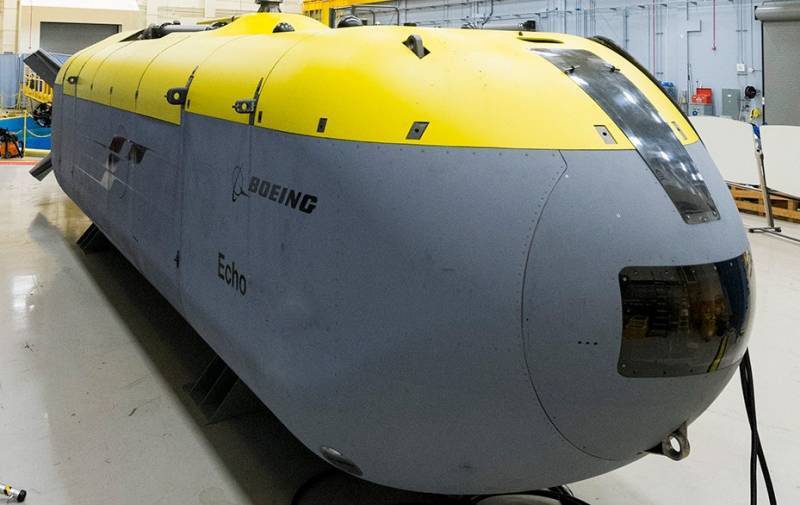 The development and construction of underwater drones is of great strategic importance to the United States. According to the assumptions of a number of experts, one of the most important tasks for underwater drones will be the confrontation with the Russian "tsar-torpedo" - the Poseidon underwater vehicle, which brings real terror to American sailors. It is the US Navy that today is the key curator of the development of most of the unmanned systems, which, as it were, hints at the priority of using drones at sea: above water and under water.

In February 2019, the American company Boeing received a contract for the construction of unmanned submarines Echo Voyager. In addition, in a recent interview with The Drive, the head of marketing at AeroVironment, Steve Gitlin, spoke about another interesting project: the Swithblade drones, which will be launched from American submarines from a special device, somewhat reminiscent of a conventional mortar. Such drones will be used for both reconnaissance and strike purposes, and the submarine will not need to rise to the surface and detect itself to launch them.

Of course, there is a certain threat from the use of drones under water. It consists in the fact that a large number of drones can literally paralyze the activities of enemy submarines, using their numerical advantage. However, there is no doubt that Russia, and China as well, will present their own response to American unmanned systems.

The increased attention of the American naval command to drones indicates that in the foreseeable future, the US Navy will focus on underwater drones, with which they expect to obtain information about the movements of ships and submarines of a potential enemy, and, if necessary, destroy any moving enemy objects.

Ctrl Enter
Noticed oshЫbku Highlight text and press. Ctrl + Enter
We are
US expert community is trying to identify ways out of the Afghan impasseYuri Drozdov: Russia prepared the role of the sacrificial calf
Military Reviewin Yandex News
Military Reviewin Google News
103 comments
Information
Dear reader, to leave comments on the publication, you must sign in.