Russia without hydrocarbons. Frightening virtuality or a bright future? 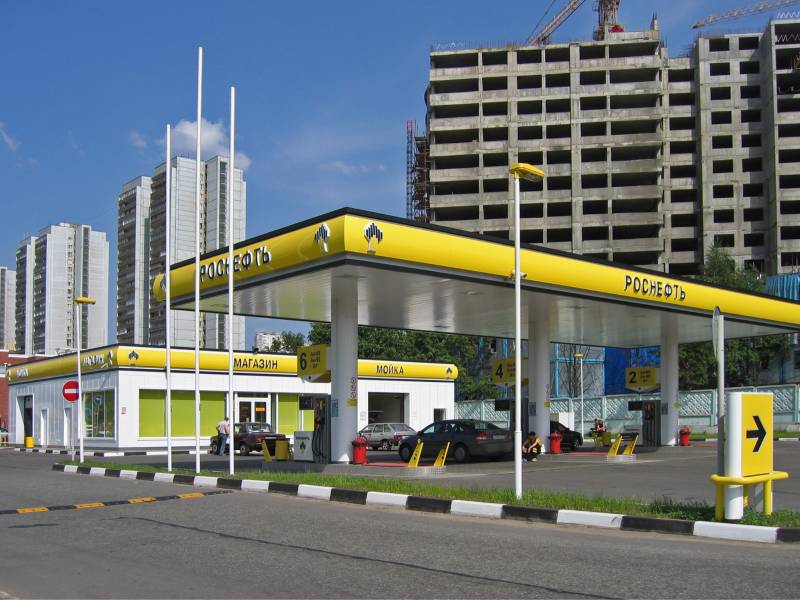 No sooner had the Minister of Economy of Russia Alexander Novak, during a board meeting held in his own department, declare that this year, due to the coronavirus pandemic, domestic oil and gas production indicators will decrease, albeit slightly, as some have already grabbed their hearts, exclaiming : "But how can we live without hydrocarbons, birthmarks ?!" And really, how? Let's try for a second to imagine the possible options for the future of our country without the current level of fossil energy exports.


First of all, it will be necessary to disappoint the fans of apocalyptic forecasts and other “all-fledged” people who adore the topic of the inevitable death of Russia, which has lost its oil, on many forums and threads in social networks. No collapse, collapse of the economy, disintegration of the country and similar horrors will not follow, even if, at the behest of some enraged evil wizard, all the hydrocarbons in our native bowels evaporate at once. This is more than convincingly proved by the fact that the collapse expected by many Western economic experts and other analysts due to the unprecedented drop in oil prices that the world experienced this year did not happen. Even the crisis was not very serious.

However, the “disappearance” of domestic raw materials is no longer even an unscientific fantasy, but simply terrible tales. Equally, by the way, as a complete and instantaneous transition of almost the entire world to "green", renewable energy. Such questions, as the hero of the famous film said, cannot be solved right away. There will be enough oil and gas for a very long time (especially given the wealth of the Arctic region), and even countries that are the most ardent adherents of environmental cleanliness will not be able to at once refuse to use hydrocarbons in energy, industry, transport.

Nevertheless, Russia needs to think about a life in which the wealth pumped out of the depths of the earth will cease to be the cornerstone of the people's wealth and well-being, today - and very hard. Moreover, life itself prompts acceptable realistic solutions. Oil and gas will run out sooner or later. But the potential of our fertile land (if used correctly) will only increase. Already now Russia is turning into a "world granary" and the best proof of its enormous prospects in this direction is the extreme discontent shown on this occasion in the West.

The authors of the publication in the American magazine The National Interest predict that by the end of this decade, our country will own at least one fifth of the world grain market. Therefore, they scare their readers: "The Kremlin is undoubtedly using food exports as another weapon to advance its geopolitical interests." This suggests that in the United States we are taken more than seriously. Climate change is playing into Russia's hands: in the near future, tens of millions of hectares, including previously unused territories of Siberia, can be returned and introduced into agricultural circulation. Here is the simplest answer to the question: "What will happen without oil and gas?"

However, as they say, not by bread alone. Of course, the issue of diversifying its economy cannot be resolved by just switching from the export of hydrocarbons to the export of grain or other food from the country. Russia needs a rapid breakthrough in the most advanced industries, above all high technologies. Are there real prerequisites for such changes? Rather yes than no. First of all, squeezed in recent years in the steel grip of Western sanctions, our country was simply forced to develop its own production facilities for the purpose of import substitution, so as not to switch to carts and not switch to pigeon mail. Something turns out - not as easily and quickly as we would like, but here we can ...

The calls that are heard from time to time to immediately get off the oil needle and throw all their strength, for example, on the development of the IT industry, sound at least superficial and naive. The idea, in principle, is great. Here, just outside the parenthesis, the question remains: who exactly will buy the products of this domestic industry? In order to take a worthy position in the world markets in the field of one or another non-resource segment, it is first necessary to develop the corresponding industry, and this requires both time and huge investments.

The question is not that Russia needs to abandon oil and gas revenues that hinder its innovative and industrial development, as some gentlemen argue, but that these revenues should be invested in those sectors of the economy that will have to become its engines then, when hydrocarbons really run out or recede into the background. Is there an understanding of this moment in our government? Perhaps, as such, one can perceive Vladimir Putin's proposal to create a maximum-favored-nation regime for the domestic IT sector - both through a fantastic reduction in the tax burden and through direct government subsidies.

Russia still has time before the era of life without oil and gas. The main thing is that both the coming years and the funds that are still pouring into the domestic economy from raw material exports should be spent wisely and as effectively as possible.

Ctrl Enter
Noticed oshЫbku Highlight text and press. Ctrl + Enter
We are
About Stalin and KhrushchevWhat you didn't want to know about England
118 comments
Information
Dear reader, to leave comments on the publication, you must to register.