Empty shelves of the late USSR: how the government itself organized the deficit 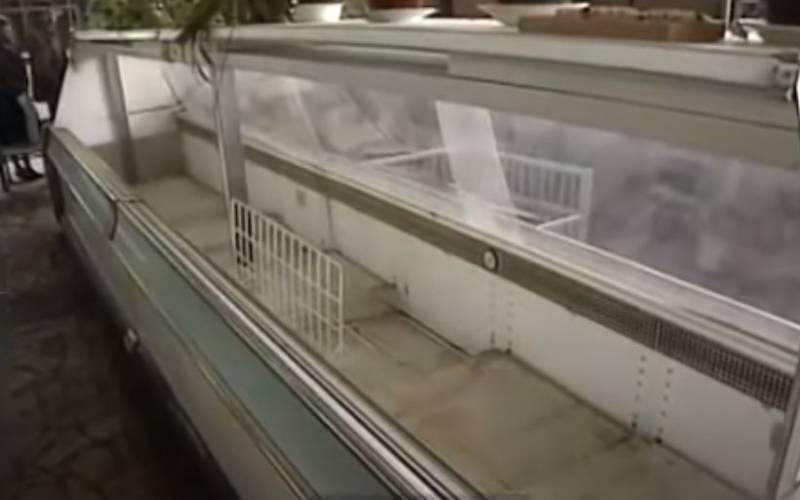 The end of the 1980s in the Soviet Union was marked by a growing shortage of consumer goods. It is difficult for a person who did not find that time to believe in empty store shelves and the inability to get the most commonplace food products.

Gorbachev's policy and the legal prerequisites for the deficit

It all began with the “perestroika” announced by the young General Secretary of the CPSU Central Committee Mikhail Gorbachev, which was accompanied by the adoption of a number of erroneous and extremely harmful management decisions. On January 1, 1987, the state foreign trade monopoly was abolished. Since many consumer goods in the Soviet Union were cheap, their export abroad was put on stream. At the same time, imported goods poured into the USSR, which were sold here at high prices for the Soviet consumer.

The authorities did not actually react to what was happening, since it fit into strange ideas about gradual economic liberalization. In fact, with the complete connivance of the Soviet leadership, the export of consumer goods abroad on a huge scale continued, which led to a shortage of these goods on the domestic market.

Of course, certain types of goods were considered in short supply long before the beginning of perestroika. There was also speculation on the part of trade workers or other citizens who, by virtue of their profession or personal connections, had access to scarce goods. But such a situation that developed at the turn of the 1980s - 1990s was hard to imagine. The shortage of goods was also due to the fact that soon the Soviet leadership created excellent conditions for him by adopting the famous law that allowed the activities of cooperatives - production and trade.

The legal framework for market transformations in the late USSR was, first of all, the Law "On cooperation in the USSR", adopted on May 26, 1988. In accordance with this law, any non-prohibited activity was legalized. Cooperatives received the right to carry out trade activities, use hired labor. As a result, enterprising citizens immediately began to create cooperatives, while the activities of cooperatives were poorly controlled by the state: at that time it was replaced by corrupt security officials and criminal structures, who took their share for patronage.
- says lawyer Andrey Lisov.

Of course, no one paid taxes, goods from factories and factories were sold through cooperatives, bypassing the state, and the Soviet economy was sinking deeper and deeper into the quagmire where the country's leadership had driven it with its ill-conceived reforms. Instead of "socialism with a human face", which Mikhail Gorbachev talked about, an absolutely chaotic market was formed, which was practically not controlled by the state.

The destruction of the Soviet economy was directed from above

Naturally, such a situation inevitably entailed a reduction in the supply of goods to the domestic consumer. The Soviet "hinterland" suffered especially from the disruption of the centralized system of production and trade: if in large cities, as well as in cities of Union significance like Sevastopol, the deficit was not yet so large-scale, then in cities of regional, district significance, not to mention rural areas, many goods it was simply impossible to find.

Added to this was the cessation of centralized supplies of certain goods from the national republics, in which separatist tendencies intensified. It is clear that everything that happened, although it was somewhat chaotic, was directed and supported from above, by the highest representatives of the Soviet government, meeting the silence of law enforcement and state security agencies. 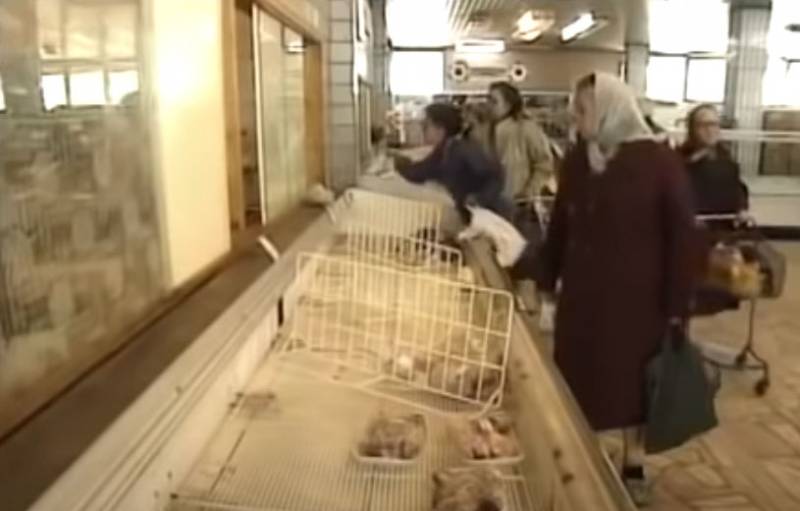 The natural culmination of the deficit after the collapse of the Soviet Union was empty shelves on New Year's Eve 1992. Since from January 2, 1992, the Russian leadership was going to release retail prices, the goods were partly hidden by shops, partly sold out by speculators, who already perfectly understood that after a few days they would start selling them at completely different prices. Many post-Soviet nouveau riches laid the foundation for their fabulous fortunes in those last few years of the existence of the Soviet state.

The consequences of the actions of the Soviet leadership in the second half of the 1980s “echoed” for a very long time in post-Soviet Russia. Many problems that our country cannot deal with until now have their roots in precisely that period of domestic stories.