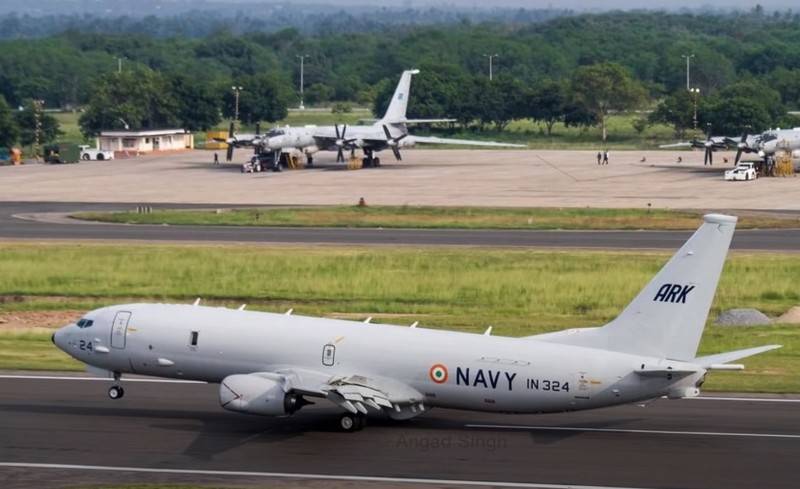 Marine aviation The Indian Navy in 2021 will be replenished with four American Poseidon P-8I multipurpose anti-submarine and reconnaissance aircraft, but it does not intend to stop there. According to the Hindustan Times, the Indian Navy intends to purchase six more aircraft of this type from the United States in 2022.


The $ 1,1 billion contract for the purchase of four Poseidon planes was awarded in early May this year, following approval from the Indian Defense Procurement Board late last year. The planned sale of aircraft will take place under the US Foreign Military Sales (FMS) program of intergovernmental foreign military sales.

India intends to acquire six more American Poseidon P-8I anti-submarine aircraft in 2022, negotiations on the purchase are planned to be held in the near future.

As noted, currently, the Indian Navy is armed with eight American Poseidon aircraft received in the period 2012-2015. All aircraft are operated by the 312th Naval Aviation Squadron.

According to military sources, India used Poseidon for reconnaissance flights over the line of de facto control, which held the concentration of parts of the People's Liberation Army of China (PLA).

Ctrl Enter
Noticed oshЫbku Highlight text and press. Ctrl + Enter
We are
The 20 rating of the largest arms deals, decisions on which were made in 2012Delhi narrows its market for Moscow
Military Reviewin Yandex News
Military Reviewin Google News
21 comment
Information
Dear reader, to leave comments on the publication, you must to register.