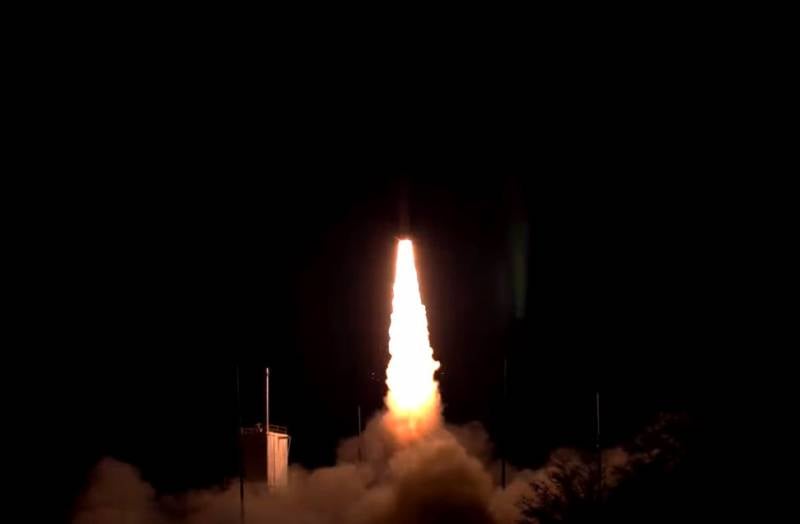 The US Department of Defense confirmed that the "super-duper missile" that US President Donald Trump spoke about with such fervor over the past months is indeed there and has already been tested.


We are talking about a new hypersonic missile, which, however, is not the fastest weapons in the world, as the American president said. The Super Duper Missile is a hypersonic missile tested in March 2020. The speed of the rocket is Mach 17, while the Russian Avangard has a high speed, which refutes Trump's claims of the world's fastest rocket.

We are building hundreds of new ships, bombers, jet fighters and helicopters; new Tanks, military satellites, rockets and rockets; We even have a hypersonic missile that travels 17 times faster than the fastest rocket currently in the world, and can hit a target 1000 miles away, within 14 inches of the center point.
- Donald Trump said not so long ago.

Apparently, entrepreneur Trump is not strong in military terminology, so his statements about a new missile have always been somewhat confused, and for a long time no one could understand what exactly the American head of state meant by "super-duper missile." Dots over the "i" were placed at the Pentagon: the military department said that the president was talking about C-HGB. This rocket was tested in March 2020 at the Pacific Proving Ground in Barking Sands, Hawaii.

American military analyst Kyle Mizokami emphasizes that hypersonic weapons are those weapons that have a speed of Mach 5 and faster. Such missiles are designed to suppress enemy air defense systems, since the latter takes less than a minute to identify, identify, track and shoot down a hypersonic missile moving at a similar speed. Currently, according to Mizokami, the leadership in the field of hypersonic weapons belongs to Russia and China, since the United States was unable to take advantage of its achievements in the development of hypersonic weapons in time.

It is clear that the American president, describing the C-HGB as the world's fastest weapon, was cunning or mistaken. So far, the Americans have not been able to achieve the speed that the Russian system of hypersonic weapons "Avangard", that is, 20-27 Machs, has. Moreover, even all long-range ballistic missiles, including not only the Russian Topol-M, but also the American Minuteman III, have a higher speed in the terminal phase of flight than the presented C-HGB.

A video from the tests of an American hypersonic missile at the Pacific test site also appeared on the Web:

We have super-fast rockets - a huge number of super-fast rockets. We call them "super-fast" because they are four, five, six, and even seven times faster than a conventional rocket. We need this because, again, Russia has such a missile. I'll tell you how Russia got it. She got it, presumably from the Obama administration, before we did it. And it's very bad.
Apparently, Trump made such a statement to hurt Obama, but in reality nothing like this happened, the American analyst is sure.

Ctrl Enter
Noticed oshЫbku Highlight text and press. Ctrl + Enter
We are
Trump's hypersonic “super-duper” missile will be adopted no earlier than 2023In the United States tested a typical planning block of a hypersonic missile (C-HGB)
Military Reviewin Yandex News
Military Reviewin Google News
52 comments
Information
Dear reader, to leave comments on the publication, you must sign in.