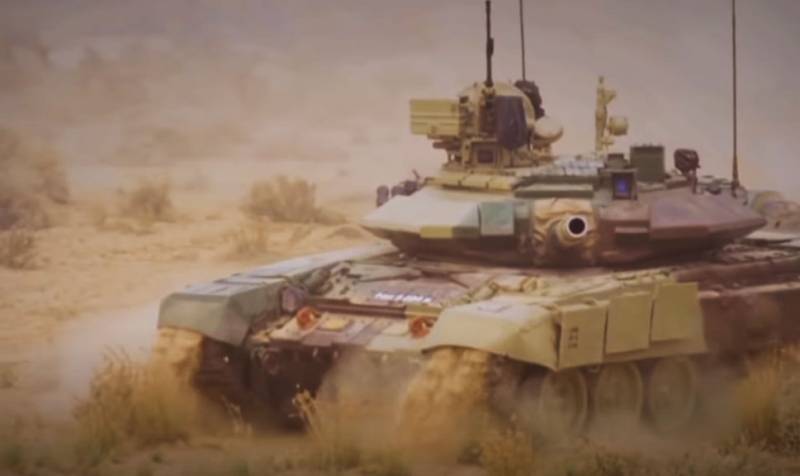 
The Indian military department is going to purchase more than 1,5 thousand (1512) mine trawls from Bharat Earth Movers Limited. They will be equipped with T-90S tanks in service with the Indian army. The deal was approved by Indian Defense Minister Rajnat Singh.

This decision, according to the Indian press, was made in connection with the complication of the situation on the border with China. Some time ago, several dozen T-90S tanks of the Indian Armed Forces were deployed in Ladakh - near the area where a clash between Indian and Chinese military personnel took place.

The Indian army intends to use T-90S tanks with mine trawls along the border line - to identify the presence of minefields and create corridors in them through which the main forces could pass.

According to the latest data, the delivery of all 1512 mine trawls to Indian troops is scheduled to be completed by 2027.

These mine trawls will be installed on the T-90 tanks of the Indian Panzer Corps, which will facilitate the individual mobility of tanks when leading troops through minefields along the created security corridors.
Ctrl Enter
Noticed oshЫbku Highlight text and press. Ctrl + Enter
We are
As part of Vladimir Putin’s visit to India, a number of large MTC contracts are expected to be signed.T-90MS v. China; Arjuna v. Pakistan — Discussion in the Indian Army
13 comments
Information
Dear reader, to leave comments on the publication, you must to register.