Motor transport of the Red Army: from creation to the beginning of the Great Patriotic War 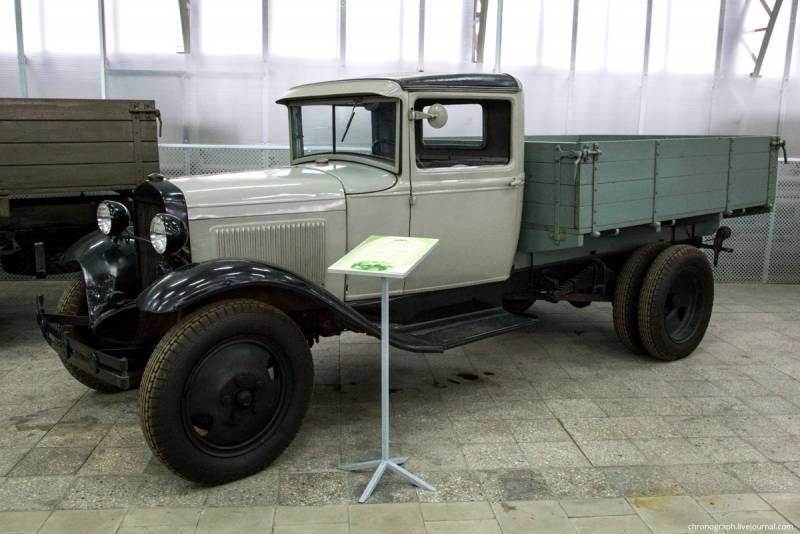 Everyone understood that the next war, the inevitability of which was obvious from the moment the USSR was created, would certainly become a war of engines. Called to defend the country of Soviets in the coming battles, the Workers 'and Peasants' Red Army has been trying to "put on wheels" since its birth in 1918. This process was far from simple and not fast, despite all the efforts made to implement it, but by the time the first battles of the Great Patriotic War broke out, it was mostly crowned with success.


It is clear that during the hard times of the Civil War, and even in the first years of the formation of Soviet power, it would be simply ridiculous to talk about any systemic and mass mechanization, barely created from scattered detachments and semi-partisan formations of the Red Army. There would be to dress, shoe, feed the soldiers and find each a rifle, preferably in good working order ...

At the same time, it cannot be said that nothing at all was inherited from the Russian Imperial Army of the Red Army in this regard. There were cars: according to historians, their number exceeded 40 thousand. But they only belonged to more than 200 different brands (it was difficult to find even two identical ones!), And, most importantly, three-quarters were in a state of complete unserviceability even in peaceful conditions. In combat and even more so.

Nevertheless, the first cars in the ranks of the Red Army appeared even then. Of course, trophy or requisitioned from the "bourgeois" (up to those seized from the Imperial garage) and exclusively foreign production. It could very well have been a Belgian passenger car Metallurgique or an American White truck. The Red Army men also liked the Italian FIAT Tipo-3 Ter - this executive class car was roomy, and even made it possible to install a couple of machine guns on it. Subsequently, at the Moscow Automobile Plant for the needs of the army, cargo models of the same company, FIAT-15 Ter, were assembled. Also with machine guns, of course.

Be that as it may, according to historians, the wheel park of the Red Army by 1920 numbered no more than 7,5 thousand units, the vast majority of which were passenger cars. In addition, no more than 45% of the cars could be considered technically sound, even with a big stretch. The situation was aggravated by the fact that in the absence of imported spare parts, a serious breakdown could not be eliminated in any way. In this regard, the situation was rapidly changing from bad to worse and, according to some researchers, by 1928 in the Red Army a little more than a thousand cars remained on the move. However, after four years this number increased, and immediately fivefold. And these were no longer trophy "oldies", but Soviet cars.

The formation of the Department of Mechanization and Motorization in the Red Army, as well as the adoption by the Revolutionary Military Council of the "System of tank-tractor armored vehicles of the Red Army", played a role. However, all decisions would have remained on paper if the first Soviet automobile production had not been earned by that time. The above-mentioned Moscow Automobile Plant supplied the Red Army with a "line" of trucks: from the first one and a half ton model AMO-F-15, which was, in fact, not the most successful copy of the same FIAT-15 Ter, to much more advanced AMO-2, AMO-3 and I-5.

Military trucks became more and more domestic, moving away from both imported components and borrowed technical solutions. However, at first it was necessary to use everything that was possible, and at the Gudok Oktyabrya plant, the production of Ford A and Ford AA trucks assembled from American parts was in full swing for the army. At that time, our country in general massively bought everything that was possible from the "damned capitalists", both for further study and copying, and for use for its intended purpose. This concerned automotive equipment for the Red Army in full measure: a lot of cars were needed, and its production was just getting on its feet.

The leadership of the party, country, army tried to catch the beginning of the war as best they could. In June 1941, the Red Army's vehicle fleet was already more than 270 thousand vehicles of various types. Is it a lot or a little? You can judge for yourself, based on the fact that by that time there were 700 thousand trucks for the entire USSR. However, the main problem of the Red Army was not the number of "wheels" it had, but their quality. The GAZ-AA and GAZ-AAA trucks, ZIS 5 and 6 models, as well as the most lifting (from five to eight tons) Yag trucks, which constituted the basis of its rolling stock at the beginning of the Great Patriotic War, were absolutely no different from the “civil” models. Including, alas, neither reliability nor cross-country ability.

With light vehicles for the command staff, the situation was even worse: there was no question of any off-road vehicles. Subsequently, peaceful "emki" (GAZ M-1) and ZIS will mercilessly bog down on the shattered roads of the war, or even become mass graves for officers and generals, unable to escape off-road from shelling or air raids. The most, perhaps, the biggest problem after the Wehrmacht attack will be the lack of a proper number of special vehicles in the Red Army: tankers, tankers, mobile repair shops for the same armored vehicles. By the beginning of the war, the provision of mechanized corps with them was at most 40%. However, there were parts where it did not even reach 7%.

How it all backfired on our army in the terrible 1941 is a topic for another conversation. However, in any case, we should not rashly judge and assess: we were preparing with all our might, and for the maximum mechanization of the Red Army from 1918 to 1941, even more was done than might have been expected.