Bad example for the USA: what to learn from the demolition of the monument to Dzerzhinsky 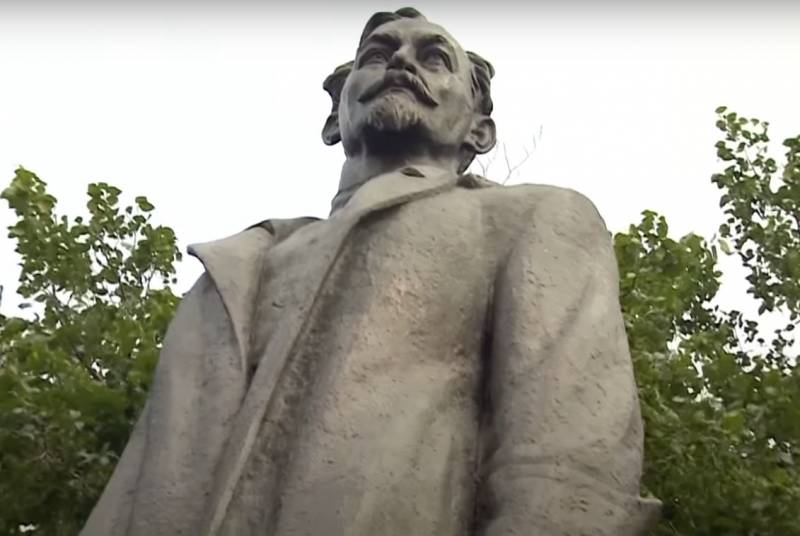 Today, the United States is swept by a wave of demolition of monuments. In American cities, statues are being dismantled one after another - not only of the generals of the "racist" Confederation, but also of presidents, and even Christopher Columbus. But the "statuette" began by no means from the New World.

On the evening of August 22, 1991, after it became known about the failure of the coup organized by the State Emergency Committee of the USSR, thousands of Muscovites and guests of the city gathered at the building of the State Security Committee on Lubyanskaya Square. The democrats considered the headquarters of the Soviet secret service to be the main hotbed of "evil", and the monument to the founder of the Cheka Felix Edmundovich Dzerzhinsky standing in front of it was a symbol of the power of the KGB. The idea to knock down the Iron Felix statue arose spontaneously and was received with a bang by the protesters: people climbed onto the monument, attached a rope to it, then, as if by an unknown director, a truck appeared from somewhere.

Moscow Council deputy Sergei Stankevich urged people to calm down and not topple the monument, but to wait for its "official" demolition. Soon the statue was carefully removed from the pedestal and taken away. So symbolically, as it seemed to the democrats then, the "era of KGB domination" ended, but soon people began to warmly remember the name of "Iron Felix", faced with a wave of crime, homelessness, drug addiction and other inalienable attributes of the "dashing nineties".

In the United States, the situation is now completely different, but certain parallels can still be drawn. Crowds of protesters, without a twinge of conscience, destroying monuments to the founders of American statehood, do not think that if the state is “broken”, the consequences for the United States will be much more sad than for the USSR. And it’s not about the consequences for the state: the oligarchy will not suffer and the States will probably retain military and political power, but the life of a white American citizen will become much less secure than now, with the “racist” police and statues of generals and presidents still standing.

Whether or not the United States should take the "statuepad lesson"

It is noteworthy that the demolition of monuments of the Soviet era and current events in the United States have also linked the Moscow correspondent of The New Yorker Joshua Jaffa. In an anti-Soviet and anti-communist manner familiar to American journalists, he writes that the statue of Dzerzhinsky embodied the role of the KGB in the life of the Soviet state, and laments that the fight against communism was limited only to the demolition of the Iron Felix, but no real sentences followed to the Soviet system. 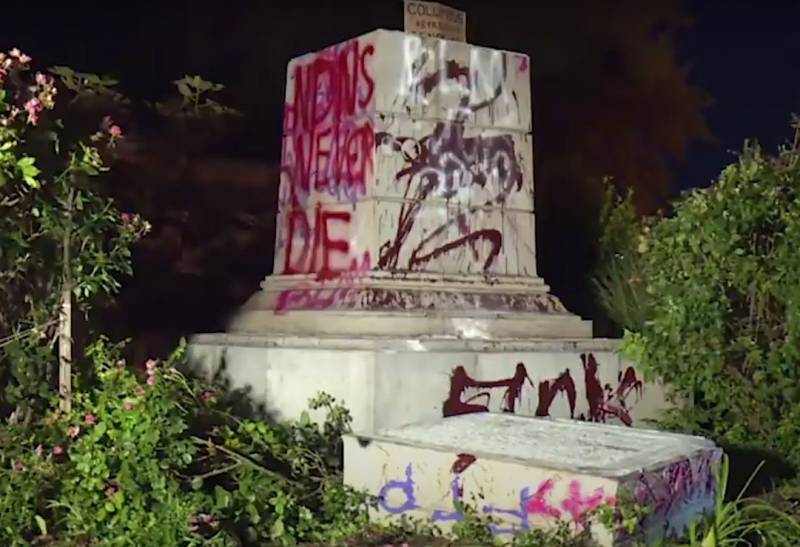 "Former monument" in the USA
Now, Jaffa concludes, the same followers of Felix Edmundovich are in power, who no longer need even the statues of their famous predecessor to rule the country: there are enough small portraits in their offices. Therefore, Russia can become an example for the United States of the sad consequences of a passion for fighting with monuments instead of fighting with a real system, the American journalist believes.

True, it is not very clear which system the "monument fighters" in the United States want to demolish? If we are talking about the American statehood created 240 years ago, then, I'm afraid, the creation on the territory of the States of a state similar to South Sudan or even South Africa, first of all, will not please Mr. Jaffa himself. It is precisely the lessons of the “statue fall” in the crumbling USSR and the countries of Eastern Europe that the current American leadership should draw in order to understand the consequences of such symbolism for the American state.

For the Soviet Union, the demolition of the monument to "Iron Felix" did not bring anything good: the state collapsed, armed conflicts still continue in the post-Soviet space, the inhabitants of many sovereign post-Soviet republics are in deep poverty. The same Moscow residents who applauded the demolition of the monument in 1991, for the most part, after the collapse of the USSR, began to live much worse than before, and if they retained their prosperity, it was due to the high cost of Moscow housing donated in Soviet times. This, of course, if we do not talk about the representatives of the clans of "raspberry jackets", many of which later came to power.

Ctrl Enter
Noticed oshЫbku Highlight text and press. Ctrl + Enter
We are
100 years of the Cheka. Will Putin return the Iron Felix to the Lubyanka?The death of the USSR
Military Reviewin Yandex News
Military Reviewin Google News
75 comments
Information
Dear reader, to leave comments on the publication, you must sign in.