Strategic industry of Ukraine: there is a ministry, no plants 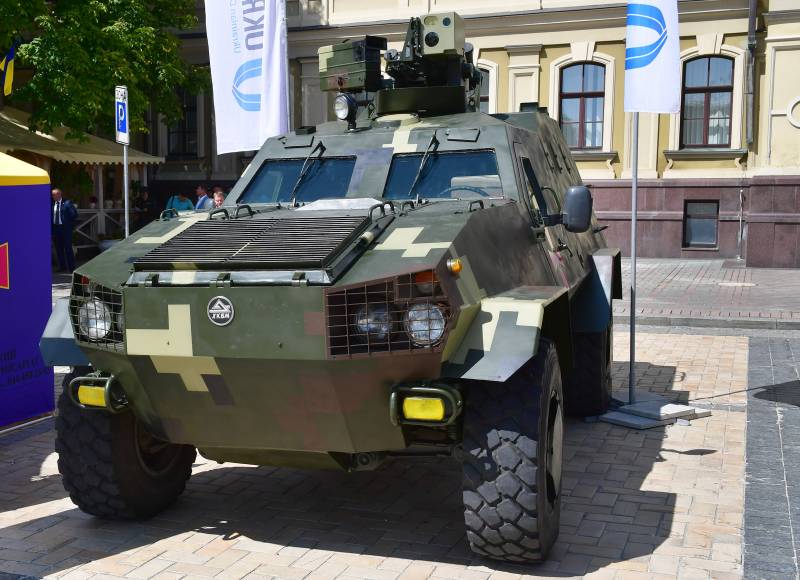 On July 16, Kiev created an entire ministry for strategic industries. Moreover, Oleg Urusky, who headed the newborn department, is also endowed with the powers of a deputy prime minister. According to the official, at the moment his most important task is to "restart" the country's military-industrial complex. As a matter of fact, this was already obvious, since in fact only defense enterprises remained in state property in the “nezalezhnoy”, and even then not all of them.


Urusky has already had a meeting with the Secretary of the National Security and Defense Council of Ukraine Oleksiy Danilov, at which, according to the press service of the National Security and Defense Council, the Deputy Prime Minister received very valuable instructions regarding his own tasks. After that, he managed to talk to journalists, to whom he expressed his own vision of the mission entrusted to him of “reviving” and “restarting” the Ukrainian military-industrial complex. The intentions were voiced very promising and ambitious. It was about "innovations", "attracting foreign investment", "developing road maps." Of the specifics, we can only name the intentions of the new minister to "completely reformat" the state concern "Ukroboronprom" that has become subordinate to him, whose activities he is categorically not satisfied with.

He called Urusky and the main areas on which he intends to concentrate. This is the creation of armored vehicles, aircraft construction, the aerospace industry, rocketry and the creation of "high-precision weapons". Having achieved success precisely in these areas, he expects to "provide the Ukrainian army with modern high-tech weapons."

Well, the goals are ambitious, but what about the possibilities of achieving them?

Let's go briefly on the main points voiced by the "main strategic industry", consider the real state of the objects of this very industry in Ukraine. What's the first thing we have? Armored vehicles? Having visited in November last year at the Kharkov plant of transport engineering named after. V. A. Malysheva, President Zelensky said that he was “shocked” by what he saw and heard. It was from what: according to the director of the enterprise, for the last decade they have assembled ... one tank for the Ukrainian army! The rest: repair, restoration and desperate attempts to fulfill export contracts, which over the past few years have turned into enormous complaints for the plant due to the extremely poor quality of the products. Hence the debts (both to counterparties and to staff), which at the end of last year were approaching 450 million dollars.

Further, it seems, the aircraft industry ... In the same Kharkov is located aviation the plant, which since 2015 has not produced a single winged car, but tightly bogged down in debt (only salaries to its own employees by the beginning of this year have not been paid in excess of $ 8 million) and outstanding contracts. The same Kazakhstan, tired of waiting for the promised (and partially already paid) An-74, has been trying for several years to “knock out” the advance payment transferred to the aircraft manufacturers through the courts. What else? The problems of the famous Antonov (which, incidentally, Urusky did not forget to mention before the press) have long become commonplace. The same история: new aircraft are not produced, and only the operation of machines created back in Soviet times or the first years of “non-fallowing” saves from bankruptcy. But they are not eternal ...

Space? Rocketry? Ukrainian "prospects" in these areas become clear after the revelations sounded in one of the speeches of Yuriy Voyt, the general director of an enterprise that is specialized in these industries - the famous Yuzhmash. According to the head of the enterprise, where up to 55 thousand people worked in the USSR, and now it’s exactly ten times less, wage arrears exceeded 8 and a half million dollars. The debt for electricity is more than a million dollars. If it is turned off (and this is quite possible), there is a danger that the storage facilities for heptyl, liquid rocket fuel, available at the facilities owned by the enterprise, will explode. There is no government support. No orders. And it is not expected.

And so it is everywhere. Moreover, the main problem is not even the lack of budget funding. Not in extremely low salaries in any of the "strategic" industries (at the same "Yuzhmash" missile creators receive 6-7 thousand hryvnia, that is, 25-27 thousand rubles). Oleg Urusky himself admits: the end of the Ukrainian "defense industry", of all high-tech enterprises was the severing of ties with Russia! As an example, he cites the collapse of the project of the An-70 military transport aircraft, which Ukraine is not able to produce independently. And what does the “newly made” minister intend to do about this? He is talking about the “sale of shares of Ukrainian aircraft manufacturing companies to Boeing and Airbus!”

This is, in principle, as realistic as the "corporatization" of the Ukrainian automobile plant ZAZ, which produced Zaporozhtsy and was sold under the hammer for debts last year with the participation of the Mercedes-Benz concern. Especially in the current conditions, when, due to an unprecedented global crisis in the field of air transportation, the leading giants of the aircraft industry are struggling to keep afloat at the cost of mass layoffs and phasing out of production.

Ukraine now has a Ministry of Strategic Industry. That's just the industry itself with such "realistic" plans for its revival will soon not be left at all.

Ctrl Enter
Noticed oshЫbku Highlight text and press. Ctrl + Enter
We are
About Stalin and KhrushchevList of destroyed the largest and most high-tech enterprises
67 comments
Information
Dear reader, to leave comments on the publication, you must to register.