Hybrid "Su" and "MiG": what will be the Russian sixth generation fighter 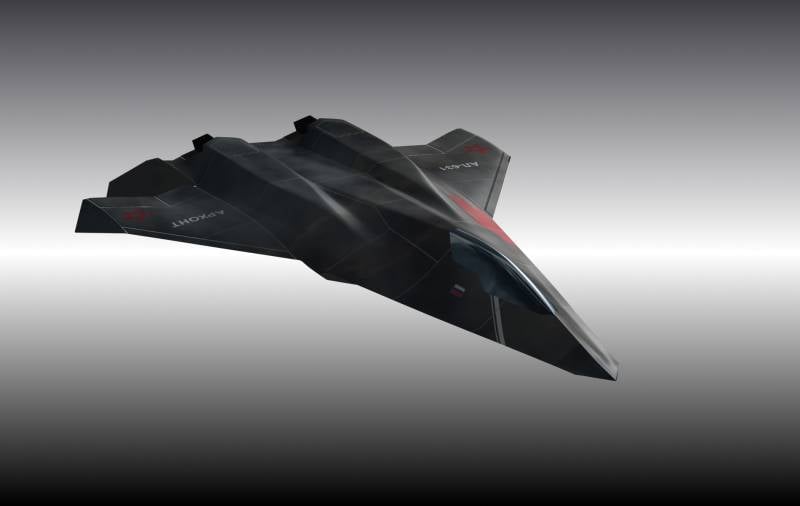 July XNUMX, RIA "News"Reported that" MiG "and" Sukhoi "joint forces will develop sixth generation... “Our competitors are American and European aircraft manufacturers. And in order to maintain a confident leadership in the industry, we need to consolidate the best competencies that exist today in the MiG and Sukhoi companies and create new sixth generation aircraft. The unification of potentials within the framework of common tasks and common goals is a tremendous opportunity to make a serious breakthrough. Foreign companies no longer have such opportunities, ”said Ilya Tarasenko, CEO of MiG and Sukhoi.

On the one hand, the news should be pleasing, on the other, it once again makes you think. Undoubtedly, MiG and Sukhoi have enormous potential and tremendous potential when it comes to the creation of combat aircraft. On the other hand, the numerous successes of the USSR in the field of fighter development (it should be said, however, that not all Soviet combat aircraft were successful) are due not so much to the cooperation of different design bureaus as to fierce competition between them. In the conditions of what is now called "state capitalism", this is the only thing that could give a real incentive. However, the current trend is not new: the Russian aircraft industry has long taken a course towards consolidation, and no one will change it.

As well as abandoning the development of the sixth generation. The country's prestige as a major aircraft manufacturer and one of the leading exporters is involved here. weapons in the world. The plans of the Europeans also played a role. I must say, they are much more specific than those of China and the United States. Recall that at last year's Le Bourget, France and Germany first showed the layout of the sixth generation fighter with the straightforward name NGF (Next Generation Fighter). And the British presented a model of the "six" at the Farnborough Air Show, which took place in 2018. The aircraft received the designation Tempest: apparently, in honor of the British fighter of the same name of the Second World War - one of the most powerful for its time. Both Germany and France, and the British want to get new cars in serial production no earlier than the mid-2030s, or even later. If you look at the dynamics of the development of fifth-generation fighters (F-22 and F-35), you can see that this is a completely sound assessment. For another example, it is worth saying that there is still no serial Russian Su-57. And the Chinese J-20, which was put into service in 2017, has a lot of questions: both in terms of the concept and, for example, in terms of a specific power plant. 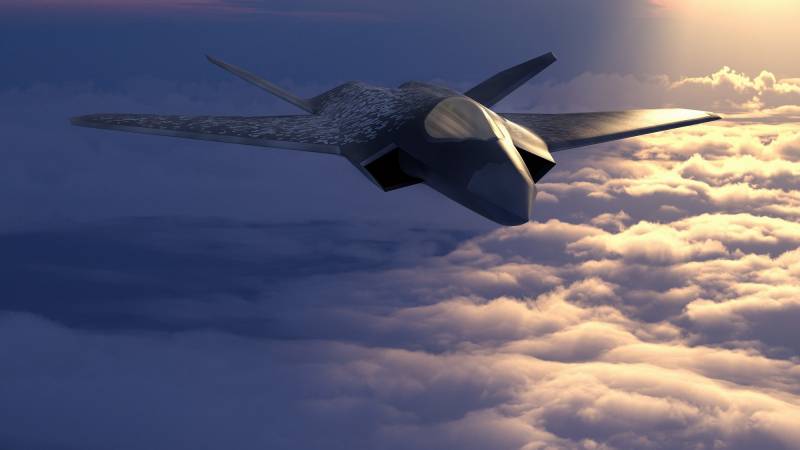 Now let's move on to the question of what the new aircraft will be like. It is quite obvious that we will not know the detailed characteristics of the Russian fighter yet, if at all, at all. It is worth recalling that almost all the characteristics of the Su-57 available today are speculations of varying degrees of "fantasy". It is also quite clear that the S-70 “Okhotnik” UAV, like the promising interceptor PAK DP, will probably never become the sixth generation (in the West, for some reason, both one and the other persistently continue to call it that). In fact, these are highly specialized vehicles, and the S-70, most likely, is a subsonic demonstrator of reconnaissance and strike UAVs, which will never become a fighter. 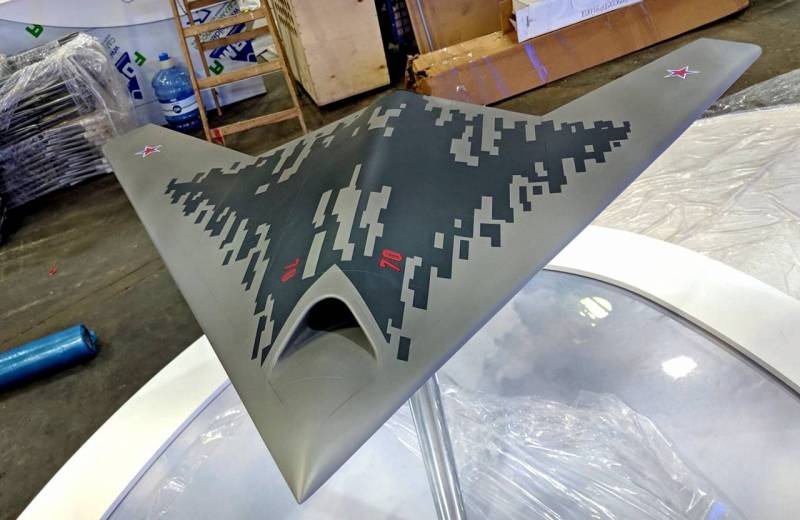 What will distinguish the sixth generation (Russian and not only) from the previously created fighters?

Optional piloting. Both the Tempest, Next Generation Fighter, and American sixth generation fighters are designed as optionally manned vehicles. This mainly means that the possibility of unmanned use was initially laid in them, which, for example, was not on the machines of the fifth and fourth generations. It is important. The best unmanned vehicle is the one that was originally designed as a drone. Experiments on the development of combat UAVs based on existing fighters have remained experiments.

In confirmation of these words, one can recall the recent statement of the adviser to the first deputy general director of the concern "Radioelectronic Technologies" Vladimir Mikheev in an interview with TASS. “We present the 6th generation combat aircraft in the form of a combined aircraft, that is, in two versions: manned and unmanned,” he said in an interview with TASS in July. Of course, the development of an optionally manned vehicle will require new knowledge, which Russia can gain as part of the work on the "Okhotnik". However, we repeat, it will not become the prototype of the new Russian fighter.

Unmanned wingman. One sixth generation fighter is likely to be able to control several or more UAVs. Recall that now Australia and the United States are actively experimenting with unmanned aerial vehicles for existing combat aircraft. On July 2025, the Australian division of the American Boeing Corporation tested a group of three unmanned aerial vehicles in a fully autonomous mode. And even earlier it became known that Skyborg drones, starting in 16, will replace part of the F-XNUMX Fighting Falcon fighters in the US Air Force. 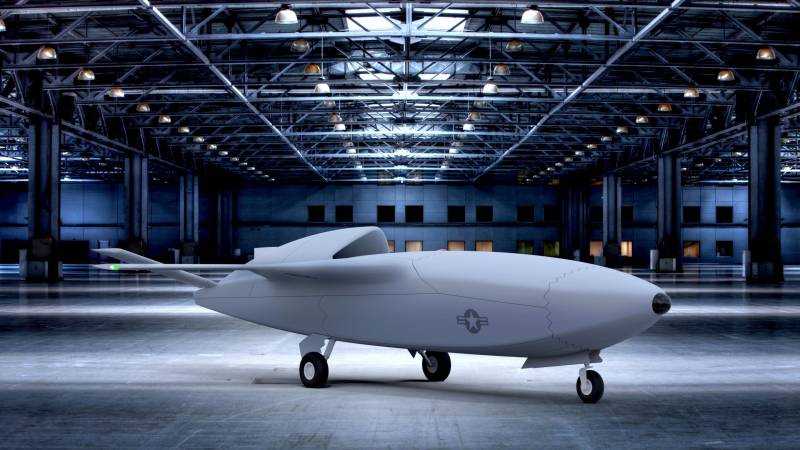 There are clear benefits to this approach. The UAV can perform the role of a reconnaissance aircraft, a "live target", or it can hit the enemy itself, while being in the fighter pilot's line of sight. That is, the actions of the UAV will be based on the "empirical" pilot experience obtained "here and now." This is fundamentally different from the situation in which unmanned vehicles would be under the control of a ground operator. At the same time, a completely autonomous mode (in particular, the use of neural networks) raises completely different questions. Including moral and ethical character.

Weapons based on "new physical principles". The United States is actively working on the issue of equipping fighters with new laser systems. Moreover, we are talking about systems of several types: to "blind" the enemy, to destroy missiles threatening the aircraft and directly to destroy the combat vehicles of the alleged enemy. Presumably, Russia will try to implement something similar on a promising aircraft. According to Vladimir Mikheev, "the laser protection of the sixth generation fighter will physically burn the homing heads of enemy missiles attacking the aircraft, and its armament will include electromagnetic cannons and guided electronic munitions." According to him, one unmanned vehicle will be armed with microwave weapons, including guided electronic munitions, and the other with electronic suppression and destruction. Another will carry "conventional" weapons. The KRET representative also noted that at the moment in Russia they have created an experimental model of a radio photonic radar, the serial version of which can be equipped with a sixth generation fighter.

It is worth saying that the sixth generation is not a question for the next ten years. As of today, the appearance of the new aircraft has not yet been determined. According to the previously presented data, the car can be built according to the “duck” aerodynamic scheme, using separate solutions previously tested on the MiG 1.44. 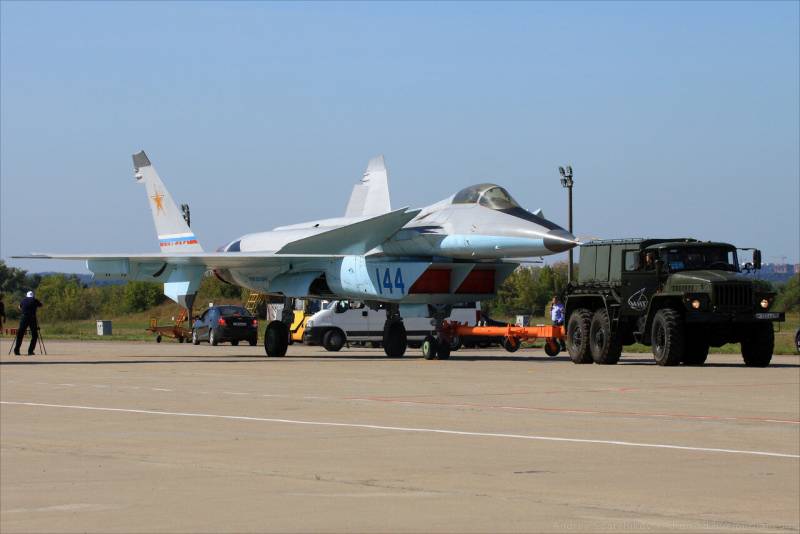 It is not clear what engines the new aircraft will receive: in 2018, Mikhail Gordin, the head of the P.I. Baranov Central Institute of Aviation Motors, said that the development of the engine has “poor financing”. However, some work is still underway, and this is a definite plus.

One thing is clear: in a broad sense, the Russian sixth generation fighter will be a development of the ideas laid down in the fifth. It will be even less visible, with better flight characteristics, and will also receive a more powerful set of weapons. The idea of ​​a "light fighter", most likely, has finally disappeared into oblivion. A promising car will be (if) heavy, twin-engine and extremely expensive. The serial version, it must be assumed, may appear no earlier than 2040.