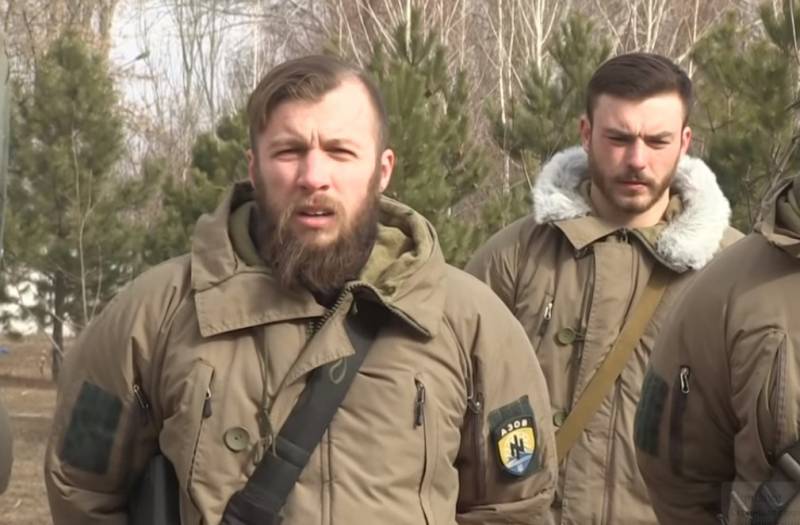 Jihadists from different countries came to Syria to hone their tactical and technical skills, as well as gain real combat experience. Now neo-Nazis from all over the world are arriving in Ukraine with the same goals.


Ricardo Cabral Fernandes writes about this in his article published by the Portuguese edition of Publico.

Right-wing militants are now flocking from all over the world to Ukraine. Here they not only train and gain experience, but also get to know each other, establish international contacts. After spending some time in Ukraine, they return to their homeland, where they can apply their knowledge and experience.

The author calls the modern Ukrainian state one of the main poles of attraction for ultra-right extremists from around the world. During the conflict in Donbass, about 4 thousand foreign "guests" from 35 countries of the world were trained in the training camps of the National Battalions. weapons in the hands of fought against the militia of the DNI and LC.

The Portuguese publication calls the Azov regiment (an extremist structure banned in the Russian Federation) as the main center for training neo-Nazis in Ukraine. He has already gone beyond the scope of a voluntary armed formation, having turned into a real state in a state that has political, financial and military levers and is not subordinate to anyone.

Having real influence in Ukraine, the Azov, banned in Russia, begins to spread it to other countries. He has spread his networks all over Europe and is working to create a real Ukrainian "Foreign Legion". This goal is included in the program of the political movement "National Corps", the founder of which is the commander of the "Azov" regiment Andrei Biletsky.

The Azov movement is getting cramped in Ukraine, so it is strengthening its international influence, turning into a “beacon” for neo-Nazi and ultranationalist organizations around the world.
Ctrl Enter
Noticed oshЫbku Highlight text and press. Ctrl + Enter
We are
Weekly summary of November 11-17 on the military and social situation in the DPR and LPR from the Mage military officerReports from the militia of New Russia for 27-28 September 2014 of the year
Military Reviewin Yandex News
Military Reviewin Google News
84 comments
Information
Dear reader, to leave comments on the publication, you must to register.