"Let's get to Beijing": hundreds of US Air Force tankers can hold off the Chinese onslaught 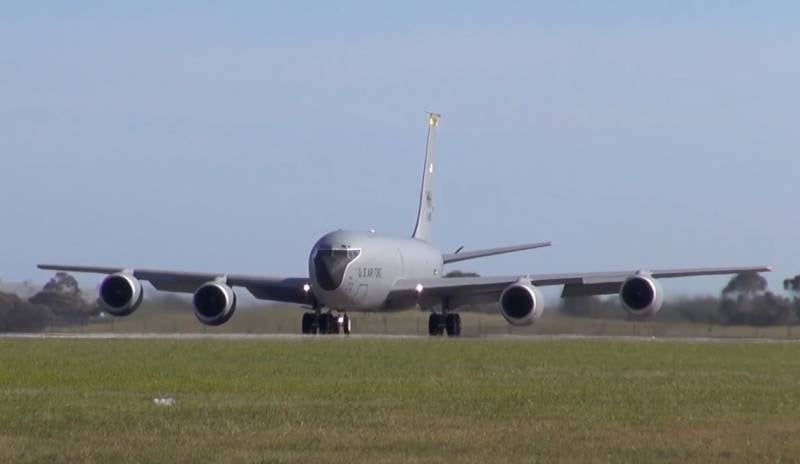 If China invades Taiwan, it must win quickly, or Beijing risks losing. If the battle for the island is delayed for several days, American troops are able to face the aggressor, having an undeniable advantage.

This opinion is expressed by Forbes, which claims that one of the most significant "trump cards" of the US military in this theater of operations are air tankers and aircraft carrier catapults, which will put the PLA at an extremely disadvantageous position. If the former significantly expand the range of action of fighters, then the latter give them the opportunity to take off with a full load weapons and fuel.

The main condition for successfully repelling possible aggression is the time required to strengthen and deploy the air wing at the base in Kaden, located on Okinawa. At the same time, two or three US Navy aircraft carriers sent from Japan and San Diego should enter the seas surrounding China.

That being said, Chinese forces could face a significant delay in an attack on Taiwan. The fact is that the coast, convenient for amphibious assault forces, is located in the flat southwestern part of the island. The first major obstacle for the Chinese will be the garrison on Penghu Island. If the fleet bypasses it, then the Taiwanese troops will be able to launch a missile strike on the flanks of the PLA naval group. 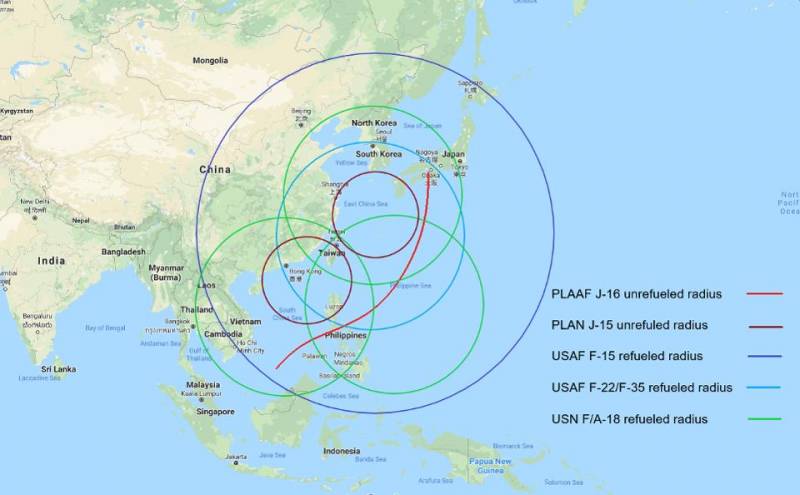 The expected delay in the battle of Penghu allows the United States to deploy its forces in the theater.

US reinforcements able to change the course of the battle
- writes Forbes.

According to the publication, hundreds of air "tankers" KC-135 US Air Force are able to provide fuel to a huge number of fighters, increasing their flight range. It is the drummers who will be entrusted with the task of containing the onslaught of the Chinese troops. The US Air Force F-15, taking off from Kaden, can reach the most remote territories, up to Beijing. At the same time, F-22 and F-35 will be responsible for the East China Sea and the outskirts of the South China and Yellow Seas.

Chinese aviationWith more than a thousand fighter aircraft and only three Il-78 tankers in service, there is nothing to oppose the US Air Force with its 1900 percussion force and 500 “tankers”.

The fuel supply chain through a network of “tankers” makes it possible to project combat power with the small fighter forces potentially for 2000 miles. China has no such opportunity. Its fighters are tied to fairly predictable deployment patterns, operating no further than a thousand miles from the Chinese coast.
- notes Forbes.

According to him, China is trying to solve this problem by developing a tanker based on the Y-20 transport aircraft and building its third aircraft carrier with a catapult.

However, Beijing is playing catch-up and possibly losing. By then, the U.S. Navy will have unmanned tankers aboard its aircraft carriers.
- concludes the American edition.