Intelligence services of tomorrow: the tensions of the thirties of the twentieth century 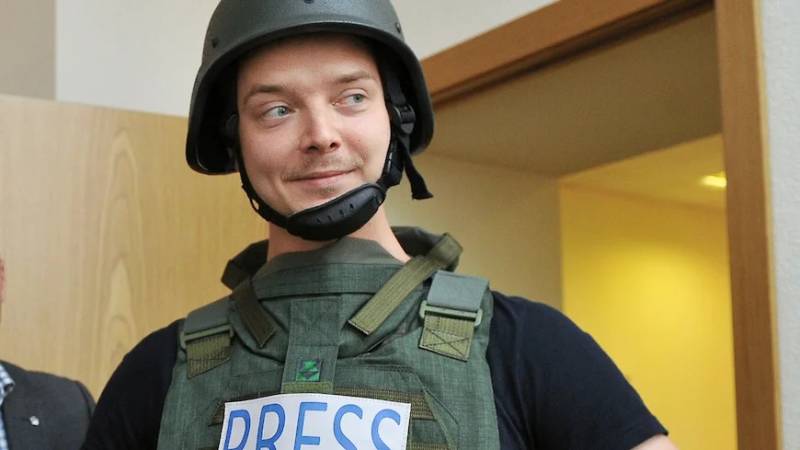 Yes, some tension caused by the latest actions of the country's power structures causes both fears and tension at the same time. All this reminds me too much of one who died in stories country. Soviet Union. Everything was about the same there at one time.


And today, to our great regret, more and more analogies arise. And one of the first - in the work of the special services.

A fresh example: the arrest of Ivan Safronov.

Specifically highlighted like this, on a separate line. Simply because this case perfectly illustrates everything that is happening in the country.

Yes, today the Internet is full of sayings "If someone was taken, then there is a reason." And as a continuation, if they took someone from the journalistic community, all the writing fraternity stand up like a mountain for their own, and it does not matter whether it is fair or not. The main thing is to raise a cry.

I absolutely do not urge you to shout. On the contrary, I urge you to think, think and think. This is more effective than jumping and shouting.

Although, if you think about it, the work of the "party" has its own logic. Let's just think: what if tomorrow someone is “accepted”, well, say, for a bag of white powder “found” in a pocket / car / house, apart from money, there are options not to end up behind bars?

Here ... It will not just be difficult for a common man in the street. It is incredibly difficult to get out of the situation, which we have already written on our pages more than once regarding the same Basov, Gorin, Zolotarev.

I support Ivan Safronov. That's right, yes. And not because it is a colleague in the shop. And because in his business there are not just a lot of "white" spots, but this whiteness cuts his eyes. As in the Golunov case, as in the Furgal case.

And, speaking in support of Ivan Safronov, I personally advocate not forgiveness of espionage in favor of our potential adversaries, but for the transparency of the work of our special services. Maximum, if possible.

“Treason to the Motherland” is a very cruel article. And if a person really betrayed his Motherland, then he should be punished in full. But in the event that everything is transparent, it is obvious and proven.

To make it clear that a person really, out of selfish or political motives, caused damage to our country by his actions. His guilt is proven, red-handed, and so on.

And we, excuse me, have a kindergarten, a younger group. The terribly classified "SVR general" said something like that. Terribly classified. But enough for the arrest of a journalist who began to work at Roscosmos. No security clearance. And the question is: what could Safronov convey to the Czechs? That everything is bad at Roscosmos? Yes, everyone knows this anyway, sorry.

Sorry, but this is more like a mess. Especially when you consider that Safronov not only does not admit at least some guilt, he is frankly impartial about the charges brought against him. And I predict that the investigation will have to work hard to make Ivan admit his guilt.

This level of "secrecy" is a very large field for various abuses. Or, as an option, - to neutralize the unwanted.

Which is basically the same thing.

For some reason I really do not want it in the 30s of the last century. It is strange, it seems that in the modern trend, many representatives of the authorities, including the president, speak out as critically as possible to everything that happened in those difficult Soviet times.

And - the same course? To arrests in the style of the NKVD, to "troikas"? What next?

I am not at all opposed to our special services being strong, skillful and well equipped. Capable of performing any task anywhere in the world.

But it is absolutely useless to transform the employees of all our abbreviations into gods, who, once in the "cage", will decide the fate of people with one stroke of the pen. And to that and goes, by the way.

All these "operational interests", "the need for secrecy" and other "leftist" documents, fictitious names and registration numbers are, of course, necessary. Until a certain time.

But the fact that the "treason", which still needs to be proved to Safronov (yes, so far, he will have to prove to the investigators that he cheated on the country), was discovered by some secret and unidentified "SVR general" - this creates tension ...

And here you can question a lot, and first of all the "general". It may well turn out that this is not a general, but, for example, a captain. From whom Safronov took the girl away. For example. Or that “general” was asked by some other persons interested, for example, in that Safronov vacated a post in Roscosmos for someone else.

In fact, you can assume anything, from personal motives to pointing from above. Because, apart from speculation, there is no evidence. The fact that Safronov encrypted data using a special program is not at all proof of his guilt.

And in general, why should we take the special services at their word? This, you know, after the Golunov case, which was rather illiterately fabricated, and therefore fell apart, is even somewhat naive.

Our special services, you know, can do some pretty strange things. As an example - the message about the works of the Investigative Committee of Russia.

Investigative Committee reported details of the investigation into the murder of Nicholas II and his family.

No, of course, it’s probably necessary to bring the matter to the end. Therefore, the investigators are working tirelessly together with the experts, figuring out whether it was possible to kill 11 people in that room or not.

"The Investigator for Highly Important Cases reported that 2015 forensic examinations have been ordered since the case was reopened in 37, including forensic (anthropological), molecular genetic, traceological and handwriting examinations."
Is it clear what the UK is doing? While we and a number of other patriotic media have been raising the issue of the illegal burial of the remains and the monument to the Italian fascists in the center of Rossosh for several years.

No, the Investigative Committee has something to do, rather than deal with the monument to the Nazis. I'll get better: monuments, since the Italians have erected more than one monument to their combat ancestors, as we wrote. Both the Voronezh and Belgorod regions were splashed with cock feathers.

But others are at war with the fascists. Investigative Committee of the Russian Federation is more interesting to establish with an accuracy of 200% the identity of Romanov Nikolai Alexandrovich. The rest ... Difficult to comment. One hope is that after the adoption of the new Constitution, things will go where they are supposed to go: to the expulsion of the fascists from the Russian land.

In general, today it is somehow a little ... reckless to take the intelligence services at their word. Considering that not everything is beautiful and smooth in their work. I would like more openness and transparency in work. Especially when it concerns our fellow citizens accused of serious crimes.

I would not like to make comparisons and analogies, but in the entire civilized world there exists and rules the presumption of the defendant's innocence. And the need to prove his guilt. But in totalitarian regimes, it is common for the special services to have the presumption of innocence.

We went through this in the time of Yagoda, Yezhov and partly Beria. Liked?

Since already today in the comments to many articles there have appeared “absolutely confident” in Safronov's guilt, it is possible, unfortunately, to conclude that the thinking among the masses has not changed much since those times.

But if so, then what should one expect the same attitude of the special services to each individual citizen?

Secret and unaccountable activities of the special services without proper coverage and analysis of actions, impunity and lack of discussion - this is the path that we already went through in the thirties. This is a path to a dead end, this is a path to rampant impunity, abuse, and the impossibility of properly influencing the work of special services. That is the way back.

As if somewhat not something worth striving for. Although, of course, the idea of ​​returning to the thirties may be very pleasant for some.

In the digital age, not only the life of every citizen, but also those who control it, must be accountable.

Ctrl Enter
Noticed oshЫbku Highlight text and press. Ctrl + Enter
We are
About Stalin and KhrushchevWhat you didn't want to know about England
Military Reviewin Yandex News
Military Reviewin Google News
72 comments
Information
Dear reader, to leave comments on the publication, you must to register.