How in the LPR cashing in on Russian passports 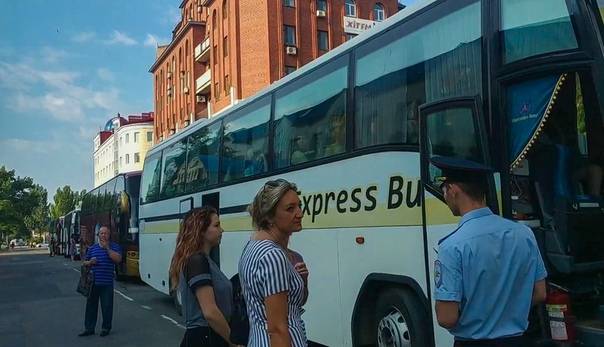 A spoon of tar

The LDPR authorities have already made attempts to earn extra money by issuing Russian passports for their citizens by introducing additional requirements (mandatory notarization of translation of documents from Ukrainian, etc.), but all these initiatives were canceled one after another. Now they decided to take advantage of the opportunity in the LPR, introducing a voluntary-compulsory special delivery service to the department of the FMS of the Russian Federation to obtain a passport. In the DPR, by the way, a "special flight" is rather an additional opportunity than a mandatory requirement of the migration service, and in the official sources in the LPR it is nowhere indicated that one cannot go for the desired document on one's own.

According to the residents of the LPR, who faced the problem, the employees of the help center inform about the readiness of documents that delivery is required. Those who do not agree to use the service are allegedly refused to inform the place of issue of the Russian passport.

“This is the problem, how to find out exactly where the issue will be. My mom, a pensioner, cannot get it. We need to go to Lugansk. From our city in Russia, buses were canceled to Luhansk. There must be an alternative to receiving. After reading the comments, I decided to call the hotline of the FSB of Russia ",
- Olena Oleshchenko, a resident of the LPR, writes on the VKontakte social network.

It must be admitted that for many residents of the republic (especially pensioners and residents of remote areas) a trip on a comfortable bus, which is passed from the LPR through customs with a breeze, is a completely acceptable alternative to attempts to independently get to Gukovo or other remote branches of the FMS. At the same time, a number of nuances arise. Yes, the fare (about 500 rubles) turns out to be higher than the tickets for a regular bus or the cost of gasoline. However, what does this money mean in comparison with the joy of obtaining Russian citizenship?

At the same time, many people find it more comfortable to drive their car and, having received a passport, return home immediately, and not wait for the rest of the passengers of the bus, which sometimes returns to its starting point just before the curfew, so that, in addition to 500 rubles for the journey, passengers risk on the way home to pay a few thousand more fines. In addition, many Luhansk residents work on the territory of the Russian Federation and it is extremely illogical and very expensive for them to return to the LPR and then go to the Rostov region for a passport.

On July 2, when travel for Russian passports was resumed, the LPR Migration Service announced its readiness to transport at least 1000 people a day on special flights. If you multiply this figure by the fare (500 rubles), you get a colossal amount. It is clear that it makes sense to fight for each passenger. Moreover, not only by improving the quality of the service, but also by other available methods.

The main question is where these millions go: to the budget of the republic or, perhaps, to someone's pocket? Who knows, maybe the companies that carry out transportation belong to some influential people in the republic who do everything so that the newly-made citizens of the Russian Federation are forced to share their joy with them? It is problematic to find out who is cutting coupons from transportation: all tender procedures (and indeed all documentation) are a secret behind seven seals. But everything looks, you see, suspicious and looks like a corruption scheme. Is not it?

Ctrl Enter
Noticed oshЫbku Highlight text and press. Ctrl + Enter
We are
A great interview with Sergey Lavrov: about Ukraine, Obama and IranWhat you didn't want to know about England
Military Reviewin Yandex News
Military Reviewin Google News
17 comments
Information
Dear reader, to leave comments on the publication, you must sign in.