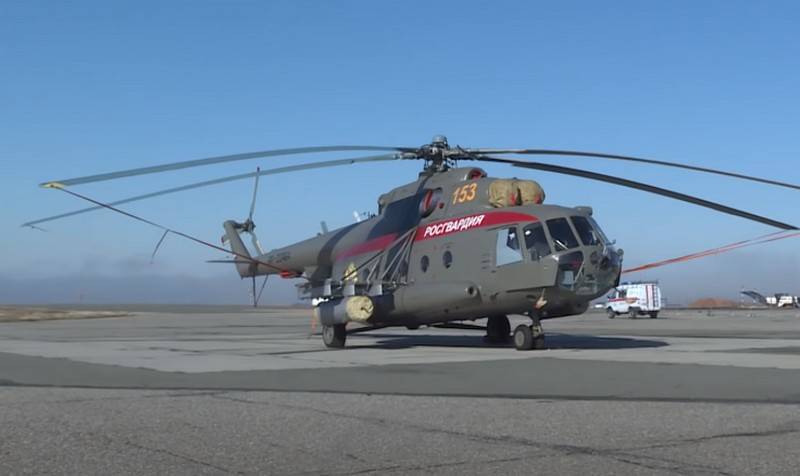 News aviation The special guard unit of the Russian Guard was created in the North Caucasus with a center in the Stavropol Territory. The new squadron will be armed with Russian and foreign-made helicopters. This was reported by the press service of the North Caucasian District of the National Guard of the Russian Federation.


According to the report, the units of the new squadron of the Russian Guard are also located in Dagestan, Kabardino-Balkaria and the Chechen Republic. The squadron is equipped with Mi-8AMTSh, Ka-226 and Robinson R-44 helicopters. The main task is to carry out amphibious transport tasks, conduct aerial reconnaissance, as well as search and patrol in the interests of the territorial directorates of the North Caucasian District of the National Guard troops and interacting departments.

A separate special-purpose aviation squadron of the North Caucasian District of the National Guard of the Russian Federation was formed under the leadership of the First Deputy Commander of the District, Lieutenant-General Vladimir Maistrenko

At present, the transfer of helicopters and maintenance equipment of squadron units has begun. It is reported about the arrival of the first rotary-wing machines to the places of permanent deployment.
Ctrl Enter
Noticed oshЫbku Highlight text and press. Ctrl + Enter
We are
Four fighters of "Rosguard" died in the mountains of Kabardino-BalkariaSuppression of terrorist activities in the CBD
170 comments
Information
Dear reader, to leave comments on the publication, you must to register.