Viral wars. American scenarios for the biological blockade of Russia 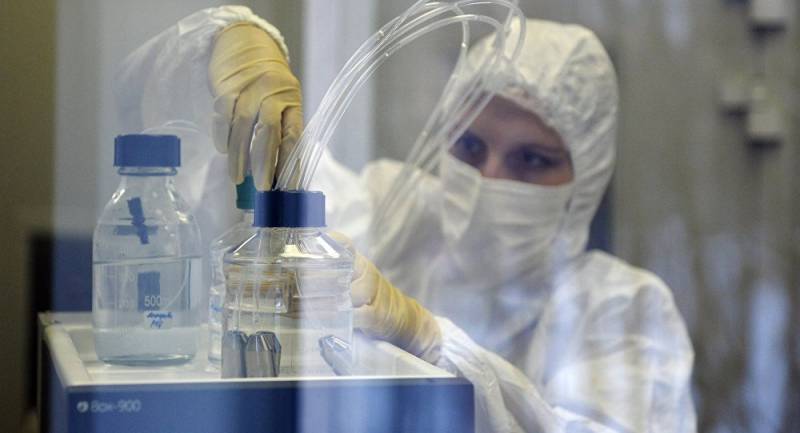 The leadership of the United States is quite definitely aware of the potential uses of biological weapons in the wars of the future. Despite the fact that the United States ratified the convention banning the development, production and accumulation of biological weapons, Washington unilaterally rejected the project to create a control body under this treaty. The excuse was the statement about the insufficient level of inspectors, as well as fears of blocking the work of their own civilian biological industry. In general, we Americans, of course, support the convention, but we will not allow anyone to check it.

The 2001 Patriot Act allows Americans to work with deadly pathogens if "the activity is properly authorized by the United States government." Here, in fact, work with any biological microorganisms in the United States is removed from the jurisdiction of an international convention. As we know, all this is happening with the tacit consent of the world community. Eight years later, on November 23, 2009, Barack Obama signed the National Biological Threats Strategy. It already explicitly spelled out the country's refusal from any checks related to compliance with the obligations of the convention. The apotheosis of everything in 2009 was the words of the Deputy Secretary of State for Arms Control and International Security E. Taucher:

"... the Obama administration will not reopen negotiations on a verification protocol to the convention, as a legally binding protocol would not provide meaningful oversight or greater security."
After such words, no country in the world has any serious reason to limit its own arsenals of biological weapons. If it is possible for the world hegemon, then why, for example, cannot China receive new pathogens and hybrid viruses? This is to the question of the origin of SARS-CoV-2.

Source: ru-an.info
Money in a disguised program for the development of biological weapons flowed like a river: from the beginning of the century to 2014, the Americans allocated at least $ 80 billion for these purposes. And the developments were of a typically military profile, aimed at obtaining combat pathogens. An indirect proof that the United States is not engaged in healthcare in this area is the country's defenselessness against COVID-19. The gigantic volumes of funding did not allow the creation of a system of rapid response to pandemic threats. American biologists were doing something completely different. For example, they honed the skills of assembling new types of viruses and bacteria with given parameters of pathogenicity. The justifications for such works are Jesuitical. Say, in order to fight potential bioterrorism, it is necessary to create new pathogens and simulate protection against them. He created the weapon himself - he himself protected himself from it. And other countries do not have such protection, but the Americans have the corresponding pathogens. A clear strategic imbalance.

In the United States, they work so closely with dangerous pathogens that they do not always have time to create the proper conditions for the protection of personnel. Tularemia, anthrax, Q fever, plague - this is an incomplete list of "leaks" of microorganisms that have happened at biological sites in the United States since the beginning of the century. In 2008, the Institute of Virology and Immunology at the Southwest Foundation for Biomedical Research (San Antonio, TX) and the University's Center for Virology and Immunology (Atlanta, Georgia) failed a biosafety review. These institutions, by the way, work with the world's most dangerous pathogens. Most interestingly, repeated monitoring in 2010 revealed no improvement in biosecurity. Last year, the Americans decided to temporarily limit practical research with pathogens and conducted a large-scale mathematical study. It is remembered for its name Event 201 and a simulated virus strikingly similar to SARS-CoV-201. According to the scenario that was played out at Johns Hopkins University, at least 2 million people should die from respiratory infection in a year and a half. And for reflection: "Event 65" was played in the United States about a month and a half before the outbreak in Wuhan, China.

This whole situation, at first glance, poses an indirect danger for Russia. For the effective use of biological weapons, a collision with the enemy should be almost direct: no pathogens are loaded into ballistic missiles. But it looks like the US military is quite ready for such a turn of events. And more than 400 secure facilities scattered around the world are clear evidence of this. Each facility is a biolaboratory with American personnel, removed from the jurisdiction of the state in which it is located. In connection with these laboratories remote from the United States, the publication Voennaya Mysl suggests that they are used to test viruses in conditions close to combat. For example, the outbreak of Ebola in West Africa, which started suddenly and just as suddenly disappeared.

More than $ 1 billion - this is how much the Pentagon has spent over the past 20 years on creating a perimeter around Russia of closed biological laboratories with deadly pathogens. In the post-Soviet countries, a well-functioning network of facilities has already been created that pose a very definite threat to the security of our country. It is possible that numerous outbreaks of meningitis in the Rostov region in 2013, coupled with foot and mouth disease and African swine fever, were the “test of the feather” of one such laboratory. Well-known potential "breeding grounds for infection" are the Georgian Center for Public Health named after Richard Lugar, the Kiev Center for Disease Control and Monitoring, the Odessa Research Anti-Plague Institute, the Research Institute of Epidemiology and Hygiene in Lviv, as well as many facilities in Vinnitsa, Dnepropetrovsk, Odessa , Ternopil, Uzhgorod and Kherson. And again the question arises: if there are so many smart American epidemiologists in Ukraine, why is the country not in the top of the best in the fight against COVID-19? Or again, in laboratories, they are not dealing with public health problems at all?

Since 2011, outbreaks of cholera and hepatitis C have been observed in Ukraine, the origin of which is still unclear. At the same time, in a relatively small country there are at least 25 American reference laboratories, whose employees have diplomatic immunity, that is, they can import and export anything from the country.

And now there are some numbers and geography that make it possible to understand the location of the "biological belt" in the vicinity of Russia. In friendly Kazakhstan, there is at least one biological object in the M. Aikimbaev Scientific Center for Quarantine and Zoonotic Infections. The profile of the work is tied to the One Health program, which studies diseases common to humans and animals. The United States can use Kazakh biological assets not only against Russia, but in the direction of border China.

Uzbekistan managed to acquire 10 laboratories, many of which are located at previously secret Soviet facilities. The official goal of the work is to protect the population from plague, anthrax, tularemia and brucellosis, as well as to safely store the corresponding strains in reference laboratories.

Similar people are employed in Tajikistan. The main facilities are located in Dushanbe, Sughd and Khatlon regions.

One biological laboratory has been operating in Azerbaijan since 2013.

Even Armenia, where the Russian military base is located, could not do without American military-biological assistance. There are 25 laboratories in the country, access to which is closed for Russian specialists. There is an opinion that now at the level of the heads of state, negotiations are underway to declassify the profile of the work of such facilities. It seems that as soon as Pashinyan and Putin agree to allow Russian biologists into the laboratory, most of them will fly back to the United States. 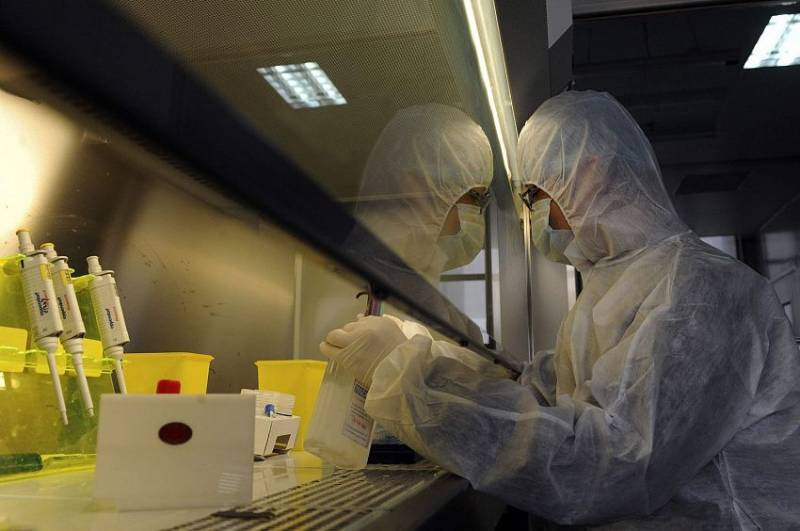 Source: eurasia.expert
Such a concentration of deadly pathogens led by the Americans could pose a host of potential risks to Russia. Firstly, labor migrants from allied (and not so) states are becoming excellent carriers of disease. Secondly, there are enough hotheads capable of provocations both in Georgia and Ukraine. Who will guarantee that they will not dare to "take revenge" on Russia? Thirdly, man-made accidents at the storage facilities of the most dangerous strains will cause a catastrophe in the home country, followed by the spread of infection in Russia. If Americans are unhappy with the level of security at bio-objects at home, then what about the stability of foreign assets! An outbreak of a disease in one of the countries with the subsequent appointment of Russia as the culprit is not ruled out. And these risks are given, of course, without taking into account the contamination of the Russian border territory - this can take the Americans a matter of hours.

In connection with the foregoing, two conclusions can be drawn. The first, the most unexpected, is expressed in the positive impact of the pandemic on Russia. Naturally, if you do not take into account the thousands of deaths and hundreds of thousands of those who have been ill. The bottom line is that the country has formed the logic of a prompt response to such threats, as well as an awareness of the importance of biological protection of the population.

At the same time, all these processes are likely to be closely monitored by Western intelligence agencies, and certain conclusions have already been made by them.

And the second consequence. Now is the time to make serious adjustments to the Federal Scientific and Technical Program for the Development of Genetic Technologies for 2019-2027. For example, create conditions for genetic modification of pathogens. The target can be taken without change from the Americans: the fight against potential bioterrorists. Only now we will have nowhere to take these laboratories out of the country.