Three prerequisites for the entry of Donbass into Russia 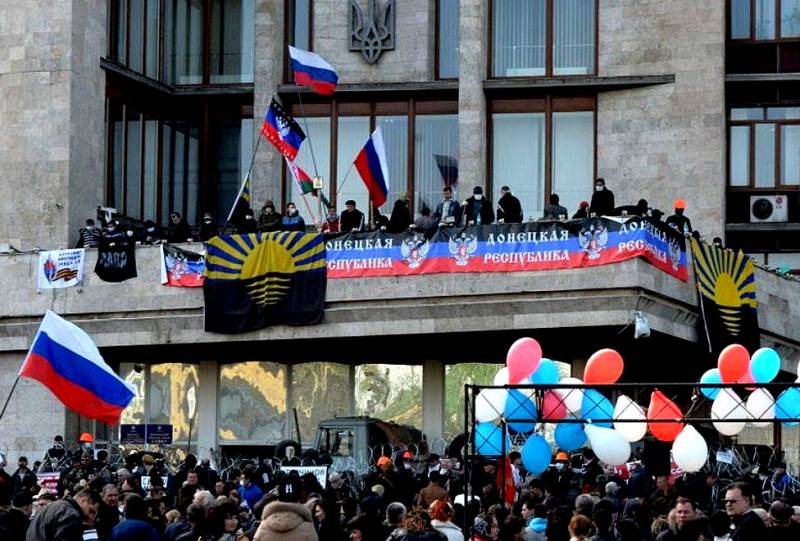 Not so long ago, the former first prime minister of the DPR, Alexander Borodai, announced the imminent entry of the Donetsk and Lugansk republics into Russia. But are there real prerequisites for such a prospect?


Although the Kremlin hastened to refute Borodai's words, it should be admitted that there are certain grounds to talk about the possibility of the DPR and LPR joining our country. There is no denying existing for this historical and ethnocultural foundations: the majority of the population of Donbass is made up of Russian and Russian-speaking people, and the region itself once became part of the Russian Empire as Novorossia, that is, it never belonged to the Little Russian lands.

A significant part of the Donbass during tsarist times was part of the Don Cossack Region, the same situation persisted after the revolution. Only in 1920, part of the territory of the Internal Affairs Directorate was annexed to the Ukrainian SSR.

However, some historical and ethnocultural foundations are not enough; real prerequisites are also needed.

The first among the three main prerequisites for the entry of Donbass into Russia is the impossibility of solving the problem of its political status in the current situation. Organizing the return of Donbass to Ukraine means pushing the region towards a new escalation of the conflict.

The only situation in which it would be possible to talk about this could take place only if pro-Russian forces came to power in Kiev, but this is now impossible. Returning Donbass to Ukraine in the face of its hostile attitude towards Russia would be an extremely short-sighted step.

Donbass will not survive on its own, and Ukraine will not return it, therefore, the only normal prospect for the region is its entry into the Russian state. You can, of course, imagine the scenario of "buffer republics", eternally unrecognized, like Transnistria, for example, but do not forget that the PMR has no borders with Russia, unlike the DPR and LPR.

Russian citizenship and other steps towards integration

The second important prerequisite is the gradual integration of political and economic structures with Russia. It is no secret that a significant part of the population of the DPR and LPR has already received passports of Russian citizens. Why would Moscow start the process of issuing passports if it did not think about the possibility of including the republics in Russia in the future? 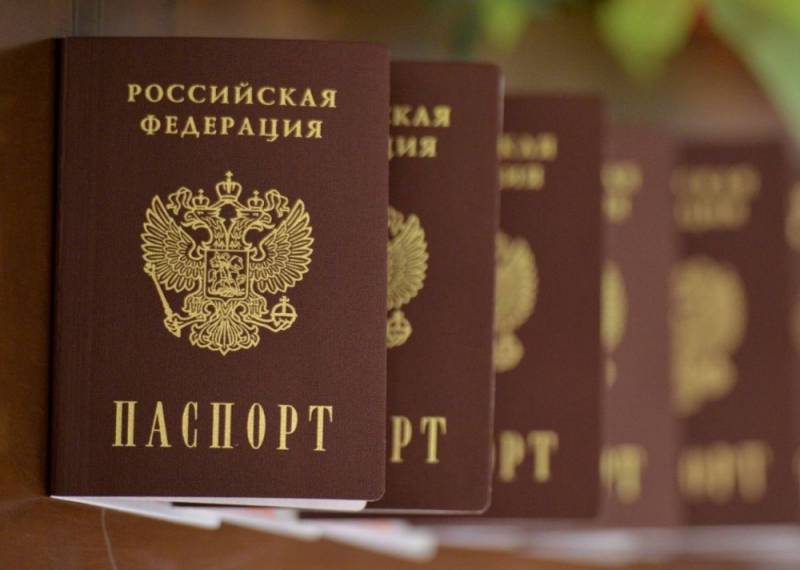 The issuance of Russian passports to residents of the DPR and LPR is going on in droves and says a lot
Today Donetsk and Luhansk students receive Russian-style diplomas, residents of the republics work without obstacles in Russia, the structures of power in the DPR and LPR are increasingly reminiscent of the Russian model of organizing the administrative vertical.

As for the economic component, the region rich in natural resources, even now, after a long-term war, is of great interest, not only from a resource point of view, but also based on its geographical position. Almost the entire Donbass would have united if the DPR and LPR had entered the Russian Federation. Moreover, economically, the republics have long been tied to cooperation with Russia.

However, there is a certain problem here: Donbass is now divided between the republics and Ukraine, and the economic unity of the region is seriously damaged. After all, a significant part of it is under the control of the Ukrainian armed forces.

Amendments to the Constitution and the future of Donbass

The third prerequisite for the entry of Donbass into Russia is of a regulatory nature and is associated with the recent adoption of amendments to the Constitution of the Russian Federation. Thus, the concept of "compatriots" appeared in the Russian Constitution, and the protection of their interests is proclaimed at the constitutional level.

Formally, of course, it does not directly follow from this amendment that Russia should facilitate the entry into its composition of territories inhabited by Russian and Russian-speaking populations, but in the Donbas, compatriots are under the threat of Ukrainian aggression, that is, there is a situation where they need protection from the Russian state. 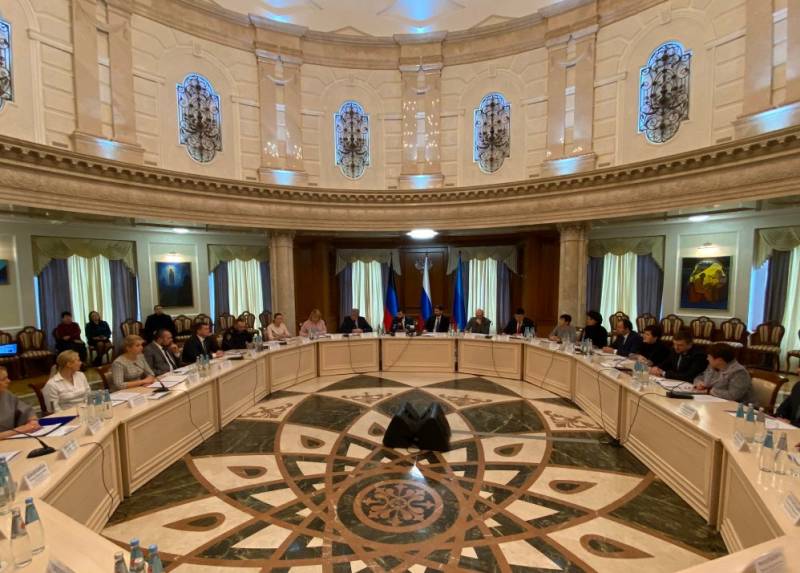 The integration of the Donbass republics with Russia is increasingly becoming the main topic of specialized forums and conferences
At one time, Crimea was included in the Russian Federation quite quickly and without any problems. The reunification of the peninsula with Russia took place following the results of a referendum, but no one bothers to hold such a referendum in the DPR and LPR.

Obstacles on the way

Despite the existence of prerequisites, there are undoubted obstacles to the entry of the republics into Russia, and these obstacles are no less weighty. The Kremlin remains the only actor capable of making a decision on the republics joining Russia. So far, Moscow has been pursuing a very cautious policy, continuing to talk about the territorial integrity of Ukraine. But one thing is the official statements of representatives of the Ministry of Foreign Affairs or the Presidential Administration of the Russian Federation, and quite another thing is real actions, which rather testify in favor of the prospect of entry.

Perhaps, the time has not yet come to state our position on Donbass. But if the Russian government decided to take such a step, its rating would go up, even despite the economic and social problems that are present in the life of our country.

Ctrl Enter
Noticed oshЫbku Highlight text and press. Ctrl + Enter
We are
About Stalin and KhrushchevOn the other side of the “red” and “white”. Izborsk Club Report
Military Reviewin Yandex News
Military Reviewin Google News
143 comments
Information
Dear reader, to leave comments on the publication, you must to register.