The British Army has ordered the delivery of three "Defenders" 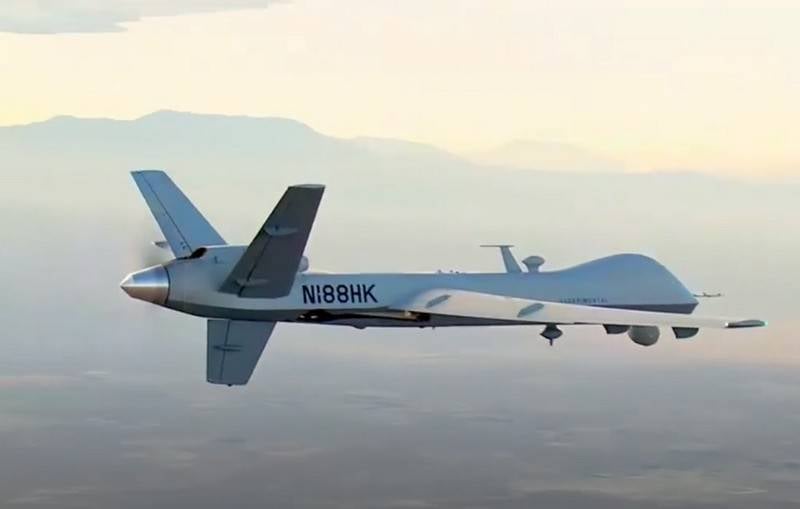 The rearmament announced in 2018 by the UK Department of Defense to the new Protector strike drone (the “defender”) was finally continued. According to defensenews.com, the British military has signed a contract with General Atomics to supply the first three drones of this model.


According to the agreement, at the first stage, the British army will receive three Protector drone and three ground control stations. The first drone will be ready in 2021, but the Defenders will be put into service only in 2024. All this will cost $ 80 million. At the same time, it is specified that the agreement provides an option for another 13 drones.

Under the name Protector, the British army will receive Certifiable Predator B RPA drones (an improved version of the Predator B, aka the MQ-9 Reaper), developed by General Atomics Aeronautical Systems. Initially, it is planned to adopt 16 drones, which will replace the existing 10 units of the MQ-9 Reaper (eng. - "reaper"). At the same time, the UK Ministry of Defense is considering increasing the order to twenty “Defenders”.

Protector model differs from the basic version of MQ-9 Reaper by its reinforced design, elongated wing, and increased protection against external damage (collision with birds, lightning strikes). In addition, the new drones have an extended flight time (from 27 to 40 hours) and are equipped with nine points for suspension of weapons.

In addition, the new drone can be used in the "civilian" airspace thanks to a special system of avoiding collisions in the air, which will be initially installed on the Protector under the terms of the contract.
Ctrl Enter
Noticed a mistake Highlight text and press. Ctrl + Enter
We are
UK changes Reapers to DefendersBritish UAV Reaper returned home
10 comments
Information
Dear reader, to leave comments on the publication, you must to register.