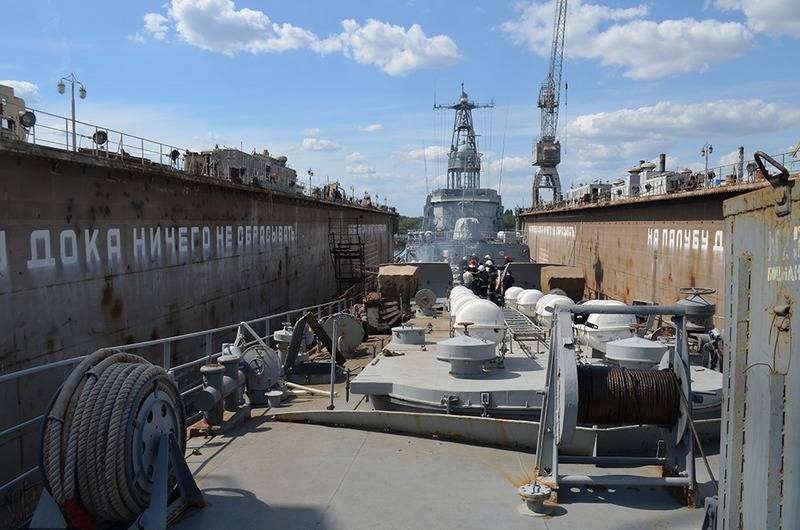 On the only Ukrainian medium landing ship "Yuri Olefirenko" (L401), a fire occurred. KFOR is currently under repair at the Nikolaev Shipyard. It is reported by the Main Directorate of the State Emergencies Service of Ukraine in the Nikolaev region.

July 16 at 14:35 by emergency number 101, a message was received about a fire in the hold of the ship on the territory of the Nikolaev shipyard on the street. Admiral's city of Nikolaev. (...) a branch of 1,2,3,4 state fire and rescue units was sent, the next shift of the operational coordination center of the Main Directorate of the State Emergencies Service of Ukraine in the Nikolaev region
- said in a statement.

In total, 9 pieces of equipment and 25 people were involved in extinguishing the fire that arose in the hold of the KFOR standing at the dock repair. The fire was localized on an area of ​​8 square meters. meters, no injuries, one person was evacuated. No damage is reported. 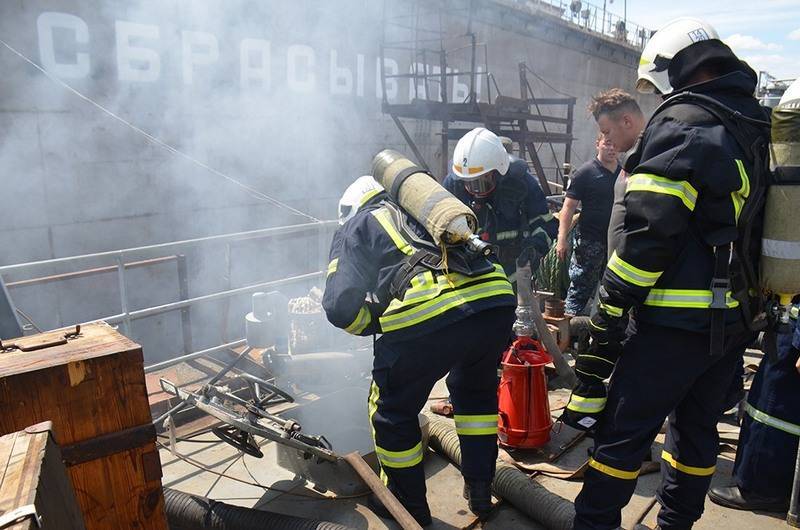 The preliminary cause of the fire is a violation of fire safety rules during repair work.

According to Ukrainian media, the Yuriy Olefirenko’s KFOR is the only full-fledged landing ship in the Ukrainian Navy. In addition to him, as part of the Ukrainian fleet there is a landing ship “Svatovo” of project 1176 and two new boats of the “Centaur-LK” type, which have been tested for more than a year and a half and have not yet become part of the fleet. 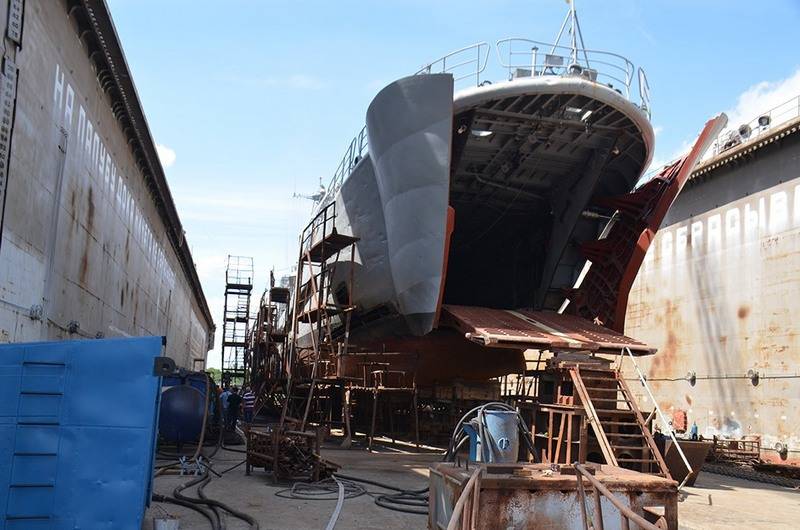 The average amphibious assault ship SDK-137 was laid down on April 21, 1970 at the Gdansk Northern Shipyard, project 773. Launched on December 31, 1970, entered service on May 31, 1971. He became part of the 39th division of naval landing forces (39th DIMDS) based on the Crimean naval base (Donuzlav). After the division of the Black Sea Fleet of the USSR Navy in April 1994, it moved to Ukraine and was renamed Kirovograd. In 2016, renamed to "Yuri Olefirenko."

Ctrl Enter
Noticed oshЫbku Highlight text and press. Ctrl + Enter
We are
Day of fire protection. How the fire brigade of Russia was created and strengthenedShoigu: fire on the Yekaterinburg nuclear submarine is localized in 01: 40
Military Reviewin Yandex News
Military Reviewin Google News
80 comments
Information
Dear reader, to leave comments on the publication, you must to register.