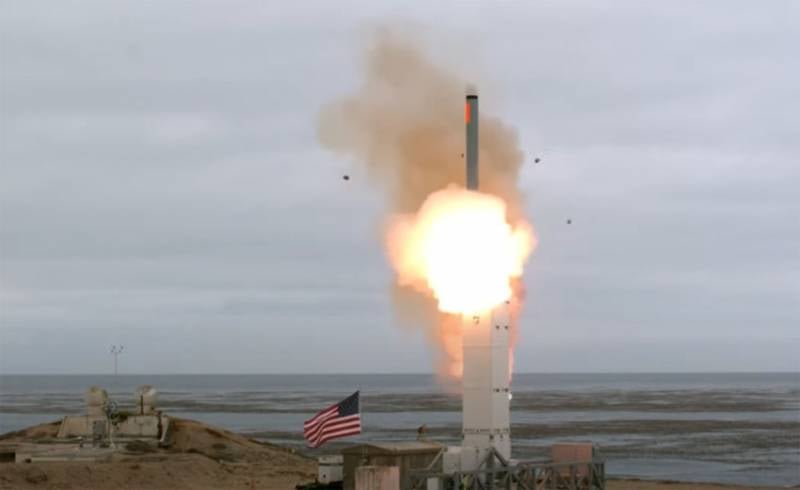 The US Department of Defense provided some details about the rocket, which President Donald Trump designated as "super-duper" (super duper). This is a hypersonic missile, tests of which have begun in the United States of America. Recall that Trump during his speech, first stated that the rocket flies 17 faster than the speed of sound, and then, confused, announced that it’s “17 times faster than the fastest rocket to date.”


Pentagon officials, according to CNN, said that in the US, tests of a hypersonic missile are actually being conducted. It is noted that flight tests of this latest weapons in the USA were held in March. Tests are characterized as successful. In one of the sections of the trajectory (above the Pacific Ocean), the “super-duper” rocket reached a speed of up to 17 M, which Trump tried to inform the public about.

It is noted that the tests will continue for at least another 2 years. It is added that a hypersonic missile is unlikely to be in service with the U.S. Army before 2023.

It should be noted that in the United States they are trying to implement a program under which they are going to “catch up” with Russia and China in the development of hypersonic weapons. This is despite the fact that a couple of years ago in Washington it was stated that “Russia has no hypersonic weapons” and that Vladimir Putin’s statements on this subject “are a bluff.”

Ctrl Enter
Noticed oshЫbku Highlight text and press. Ctrl + Enter
We are
Reports from the militia of New Russia for 27-28 September 2014 of the yearInterview of Vladimir Putin with Radio Europe-1 and TF1
Military Reviewin Yandex News
Military Reviewin Google News
20 comments
Information
Dear reader, to leave comments on the publication, you must to register.