Ukraine withdraws from the Minsk agreements 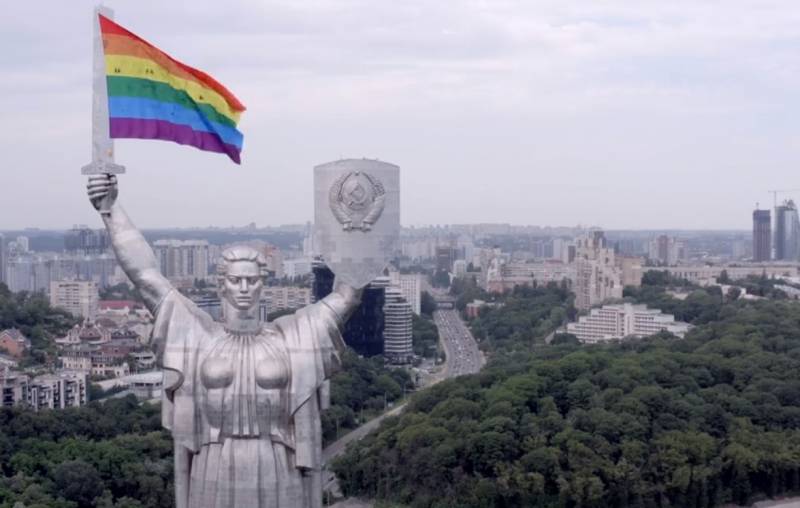 More recently, the German publication “Spiegel” was very optimistic about the ultimatum that Moscow had allegedly delivered to Kiev: to demonstrate some shifts in the implementation of the Minsk agreements by July 6 (at least in the form of changing the law “On special status”), otherwise ... Which “Otherwise” should have happened, no one knows, but it is obvious that so far Kiev's only answer has been the final refusal to hold local elections in the LPNR.

On July 15, it became known that the Ukrainian parliament adopted a resolution on holding local elections in Ukraine on October 25, 2020. By draft resolution, the next election of deputies of local councils and rural, village, city mayors is scheduled for Sunday October 25, 2020. Moreover, they will be held only on the territory controlled by the Ukrainian government. Nor will Donetsk and Lugansk regional councils be elected, whose powers remain with the civil-military administrations.

Ukraine adheres to the previous position, completely leveling the Minsk Agreement: first full control over the border with the Russian Federation and the disarmament of the republics, and then the holding of elections. For those who survive disarmament. In fact, the holding of the next local elections in Donbass without the participation of LDNR (the past was in 2010) is the final chord, after which it is impossible to talk about the implementation of Minsk.

In recent years, Kiev has increasingly been showing reluctance to return uncontrolled territories. It is likely that even if the long-promised “drain” and transfer of the border had taken place, few in the Ukrainian government would have been happy with this fact. Yes, it would be very tempting to arrange a heroic mopping up, but you won’t kill everyone and you won’t imprison them: there will remain millions of people who will have to provide a more or less acceptable standard of living, social services, pensions, compensation, etc. Not to mention the restoration of infrastructure that would be worth billions of hryvnias.

Kiev is too tough for this financial burden today, so not only journalists and opinion leaders, but also quite officials, openly explain that “we don’t need such a Donbass”. The other day, Deputy Prime Minister for the reintegration of temporarily occupied territories, Alexei Reznikov, said that Donbass could become Ukrainian no earlier than a quarter century.

“Even if we hold elections tomorrow in those territories, which means that they will be free from the occupying forces and there will be no illegal armed groups, Ukrainian flags will fly, - this territory will remain a war territory for a long time to come. Both from the point of view of mining, and in the mentality of people ... Therefore, safe reintegration will take at least 25 years. This one generation should change when we can say that the restored control in those territories by the Ukrainian authorities will also lead to overcoming the destruction of that discord in the heads that are there. Because there were born children who do not know what a free Ukraine is, and today they are already going to school. Therefore, it’s for a long time in any version, and we must prepare for this ”
- said Reznikov.

Nevertheless, it would be foolish to expect that Ukraine will work to reduce tensions on the demarcation line. Rather, on the contrary, LDNR expects an even greater escalation of violence.

Frankly, after Kiev ostentatiously refuses to perform Minsk (as if he had been too diligent in doing it before!), Gathering for gatherings in the Norman format or even in the capital of Belarus was even somewhat indecent. What is the point of this agony? Is it time to move on to a different format, to some kind of action? Yes, in 2014-2018, the Minsk agreements made it possible to ensure relative calm on the demarcation line, which gave the republics the opportunity to create a more or less effective replica of the state and somehow solve everyday issues. However, today guns are already drowning out politicians, who have been pushing water in a mortar for a year. The long-awaited reaction of the world community, which supposedly was to punish Kiev for not fulfilling Minsk or withdrawing from the agreements, did not occur. So what's next?

The worst thing, of course, is the hunch that all this absurdity could go on, that it could last another 5, 7, 10, or even 25 years. With the same results, with the same empty rhetoric and constant casualties among civilians and military. The whole point is that the population of the republics is unlikely to wait so long - people will simply scatter. And there will remain the eternal “Minsk”, the endless war and the buffer zone that is no longer needed by anyone, for which there will no longer be any sense in fighting. I would like to believe, of course, that this cannot happen, but, given the dynamics and circumstances, it is also impossible to withdraw such an option from the accounts.

Ctrl Enter
Noticed oshЫbku Highlight text and press. Ctrl + Enter
We are
Situational analysis of the death of the MH17 flight (Malaysian Boeing 777), made on the basis of engineering analysis from 15.08.2014Results of the week. "God forbid to see Russian revolt, senseless and merciless!"
Military Reviewin Yandex News
Military Reviewin Google News
145 comments
Information
Dear reader, to leave comments on the publication, you must sign in.