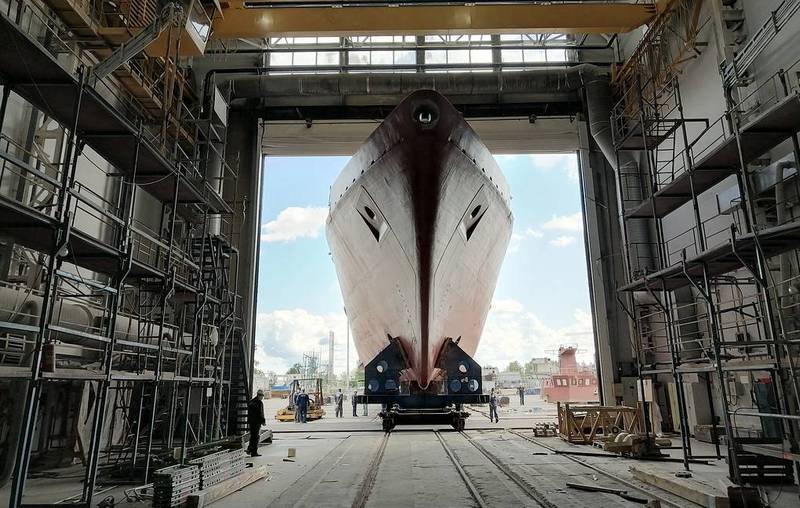 At the Sredne-Nevsky shipyard, the minesweeper under the project 12700 Georgy Kurbatov was removed from the workshop. This was reported by the press service of the enterprise.

An operation was carried out to withdraw from the workshop a mine defense ship (PMO) project 12700 "George Kurbatov"
- said in a statement.

According to the press service, in June the minesweeper completed work on forming the hull and part of the ship’s superstructure, saturating them with systems and mechanisms. All further work will be carried out outside the workshop; launching of the ship is planned in September.

During the completion of the construction work, it is necessary to complete the formation of the superstructure of the minesweeper, to carry out the installation of the tower-mast device, antenna equipment and general ship systems.

Ctrl Enter
Noticed oshЫbku Highlight text and press. Ctrl + Enter
We are
NEHC announced plans for launching and laying minesweepers of project 12700Conclusion from the workshop of the main base minesweeper of project 12700 "Alexander Obukhov"
17 comments
Information
Dear reader, to leave comments on the publication, you must to register.