Demolition of the monument to Marshal Konev in Prague: no decent reaction followed 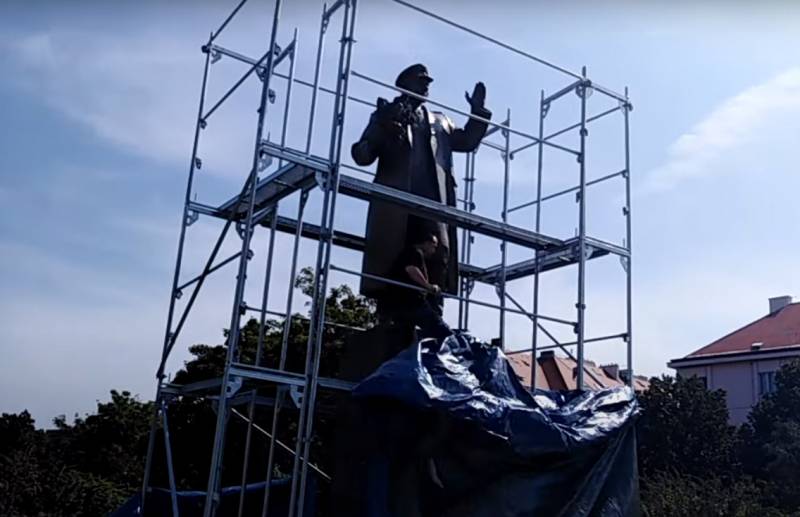 History With the demolition of the monument to Soviet Marshal Ivan Konev in Prague, it is gradually forgotten. Despite the initial formidable reaction from Moscow, no serious action was taken against the Czech Republic.

The Czech Republic has not yet received a decisive answer

Unfortunately, the actions against the monument to Konev in the Czech capital were far from the first and probably not the last example of disrespect and hatred for any manifestations of memory of the Soviet contribution to the liberation of Eastern Europe and the socialist past of the Eastern European states themselves.

The wave of the demolition of monuments began in the 1990s, at different times Soviet monuments were demolished in most of the former socialist countries of Eastern Europe and the Union republics, including the Baltic states, Poland, the Czech Republic and the same Ukraine. Therefore, in itself, the demolition of the monument to Konev in Prague was not surprising - this is just one of the many manifestations of Russophobia and Soviet-phobia in Eastern Europe, which was successfully used in the general context of the information war waged against Russia.

Even Czech President Milos Zeman, whom the Russian press has always liked to portray as one of the few heads of state of Eastern Europe that has a good attitude to Russia, did not help. However, the presidency in the Czech Republic is more representative functions than real power, and the very nature of the system of municipal government in the cities of the country makes local authorities virtually independent in making such decisions from the country's leadership.

It is not the demolition of the monument that is surprising, but the reaction of the Russian side to this: further expressions of indignation on the part of official structures are still not going on, and this makes us think that the story of the monument to Konev will get away with the Czech Republic, as many others have gotten away countries.

By and large, in the current political situation and those political forces that today lead in Russia, there is nothing to respond to such actions. Sending a diplomat, announcing a note of protest, organizing a picket at the Czech embassy - this will not help: the fight against Russophobia in Eastern Europe requires a different, systematic and serious approach, but is the current government capable of it? In any case, an overly peaceful attitude to hostile actions is understood in Eastern Europe as weakness and only stimulates further incidents with Soviet monuments.

On the other hand, if in the same USA they are demolishing monuments to their own American presidents and generals who have made a great contribution to the development of the American power, and in Great Britain they advocate the demolition of the monument to Winston Churchill, then how can one expect from such a public a respectful attitude towards the monuments of Soviet soldiers and generals?

How can you respond to Prague's actions

The only reason why monuments in the same Czech Republic may not be touched is in a tough and disproportionate reaction to such actions, for example, in the introduction of at least temporary economic sanctions against the state in which such actions are committed, even if these sanctions are even partial and affecting only certain segments of bilateral relations. 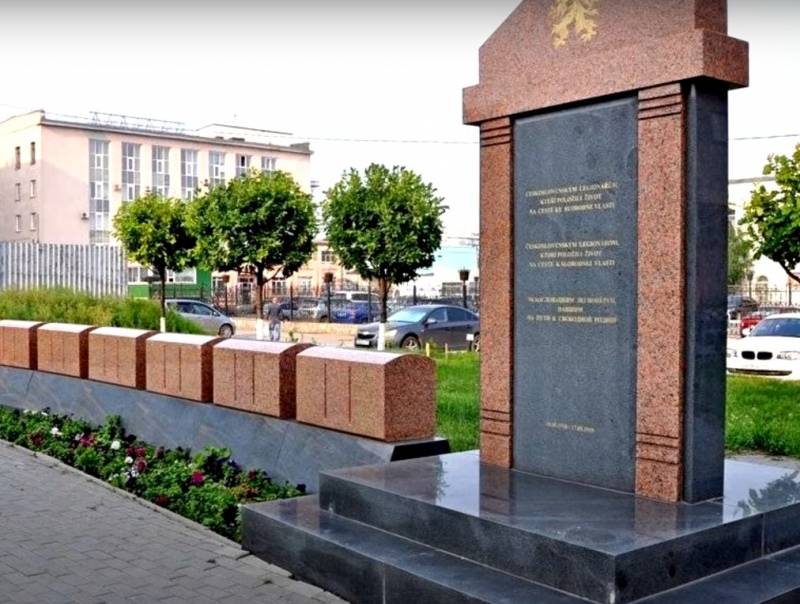 In Russia, on the contrary, they erect monuments to the soldiers of the Czechoslovak Corps
For example, the Czech Republic has long been one of the most popular holiday destinations among Russian tourists oriented towards the "European destination". Even a temporary suspension of the tourist flow could have a negative effect on the Czech budget, but it is another matter that now, due to the pandemic, tourist flows have already been reduced to a minimum and this will not frighten the Czech leadership too much.

In Russia, by the way, there is a fairly impressive number of monuments to the "White Czechs" - servicemen of the Czechoslovak corps, which was notable for not the most plausible deeds on the territory of our country, and one story with part of the gold reserve of the Russian Empire is worth something. Therefore, a disrespectful attitude towards Soviet monuments in the Czech Republic could well have met with a symmetrical response, manifested, at least, in the prohibition of the further installation of monuments to the Czechoslovak corps. Go the whole point in the position: "Is this an internal affair of a foreign state?"

Ctrl Enter
Noticed oshЫbku Highlight text and press. Ctrl + Enter
We are
When will Russia stop playing “giveaway” with Poland?For the demolition of monuments to heroes of the Second World War in Europe are the United States
Military Reviewin Yandex News
Military Reviewin Google News
119 comments
Information
Dear reader, to leave comments on the publication, you must to register.