On the border of Armenia and Azerbaijan fights resumed 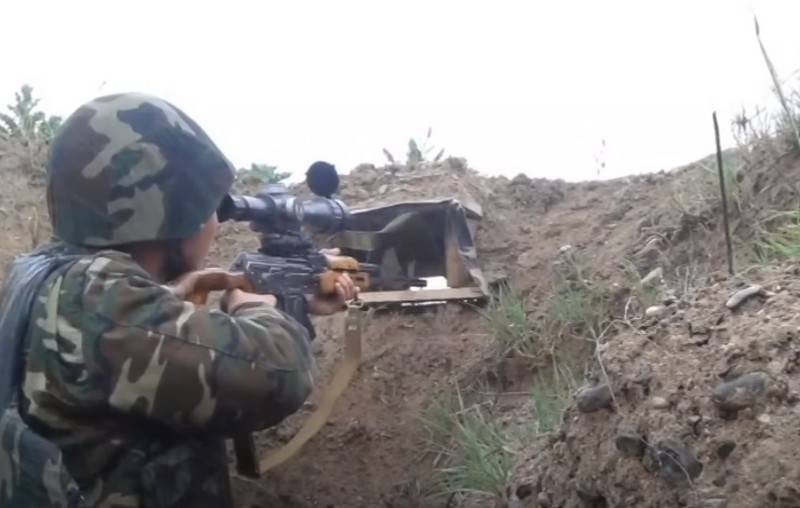 On the border of Armenia and Azerbaijan, hostilities resumed. The parties continue to accuse each other of escalating the conflict.

In the morning hours of July 16, the Armenian Armed Forces again tried to attack units of the Azerbaijani army in the direction of the Tovuz district of the state border. There are no casualties among the civilian population. Currently, there are fights in this direction. Our divisions control the operational environment.
- said the Ministry of Defense of Azerbaijan.

In turn, the Armenian Ministry of Defense accused the Azerbaijani armed forces of a nightly attempt to infiltrate saboteurs on the positions of the Armenian army.

At night at 03:40, Armenian soldiers noticed the enemy’s movement. Passing to the all-round defense, the Armenian units stopped the attempt of sabotage penetration of the enemy. After fierce fighting, the enemy, having suffered losses, was driven back
Shushan Stepanyan, spokeswoman for the Armenian Ministry of Defense, said, adding that at 05:20, Azerbaijani units began shelling the border villages of Aygepar and Movses with mortars and howitzers D-30.

According to the report, the Armenian military during the fighting on Thursday knocked out a tank of the Azerbaijani army and crushed enemy artillery points.

In addition, the Ministry of Defense called the message of the Ministry of Defense of Armenia about 13 Azerbaijani drones allegedly shot down by the Armenian military from the beginning of hostilities on July 12 a misinformation.
Ctrl Enter
Noticed oshЫbku Highlight text and press. Ctrl + Enter
We are
Armed conflict between Armenia and Azerbaijan continuedWeekly summary (February 27 - March March 5) about the military and social situation in the DPR from the Mage military officer
Military Reviewin Yandex News
Military Reviewin Google News
201 comment
Information
Dear reader, to leave comments on the publication, you must sign in.