Russian Navy anti-submarine ships fired in the Sea of ​​Japan 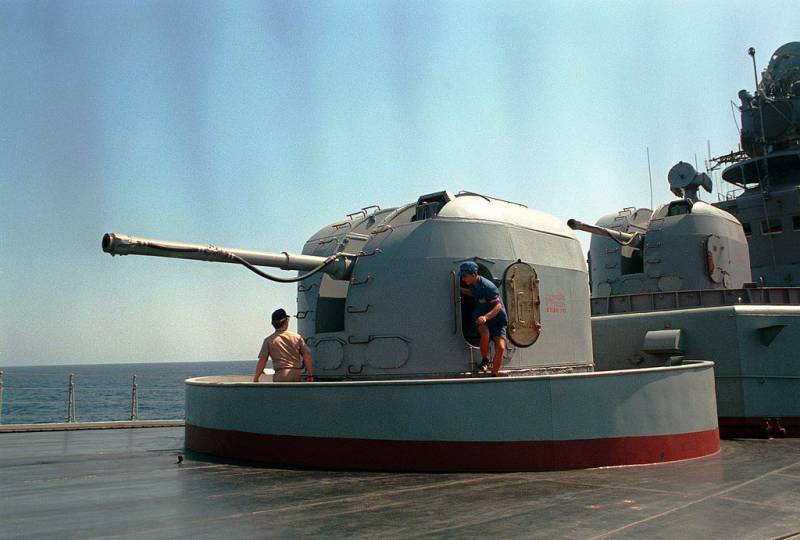 BPC Admiral Vinogradov and Admiral Tributs completed artillery firing in the Sea of ​​Japan. They successfully hit all sea and air targets.


This was announced by the head of the Information Support Department of the Pacific Press Service fleet Russian Navy Nikolay Voskresensky.

At the training ground, Russian sailors carried out maneuvers during which they worked off a reflection of an attack from the air of a conventional enemy. They destroyed the dropping parachute target, using the AK-100 naval artillery systems of 100 mm caliber for this.

The activities of the BPC Admiral Tributs and Admiral Vinogradov were supported by the tugboat MB-92 and the anti-submarine long-range Tu-142. And the minesweepers BT-100 and BT-232 carried out the wiring of the ships behind the trawls and contributed to their deployment in the waters of Peter the Great Bay.

The large anti-submarine ships Admiral Tributs and Admiral Vinogradov belong to the Pacific Fleet of the Russian Navy.

Ctrl Enter
Noticed a mistake Highlight text and press. Ctrl + Enter
We are
BOD "Admiral Vinogradov" worked in the Sea of ​​Japan tasks to destroy the enemy's submarineMuscle shooting is not an obstacle
6 comments
Information
Dear reader, to leave comments on the publication, you must to register.