Russian Premier: on the verge of a dream 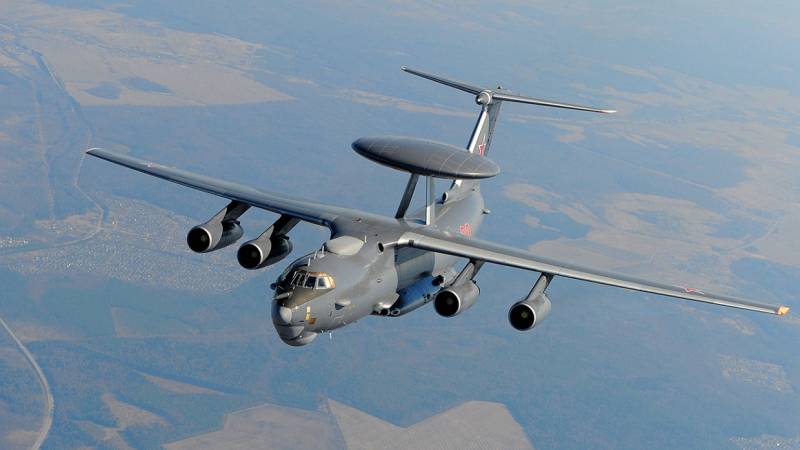 In contrast to the sea and especially the oceanic expanses of water, everything in the air is more or less in order. There is everything: interceptors, fighters and bombers. Plus there is also some potential for modifications and (knock knock, so as not to jinx) new developments.


Everything is not very nice with transport aviation (later you will understand why such an accent), but everything is sad there solely because whoever should be happy just spits on problems.

But now we will not talk about transport aircraft, but about AWACS aircraft. Long-range radar detection and control.

It’s probably not worth starting to tell how such planes are needed in any normal Air Force. These are eyes and brains that see far away, think quickly and give instructions to those who go to carry out a combat mission. Decent radar station and command post in the same cabin above the clouds.

In general, she история Soviet AWACS aircraft (there are no Russian ones yet) is short to disgrace. And it consists of only two points. So let's take a look at history.

Oddly enough, but the British were the first in the invention and application of AWACS aircraft. Back in 1940, they equipped several Wellington bombers with radar transmitters and rotating antennas. 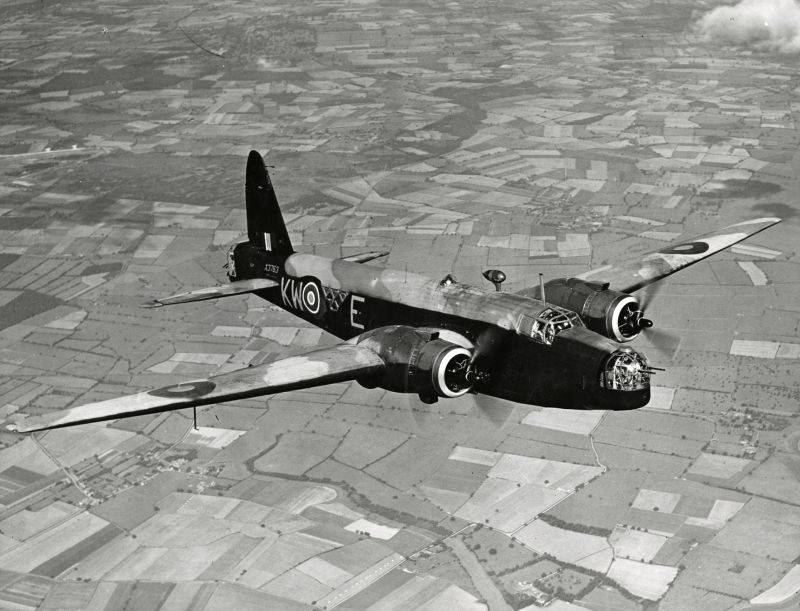 Let's just say that the experiment was a success, and hand-made machines became a good help in closing the "dead" zones of British radars in the "Battle of Britain". And then they helped to direct the interceptors to the Fau.

The first serial AWACS aircraft were, of course, American. They were able to shove as many as two stations operating in different ranges: centimeter and decimeter into the torpedo bomber Avenger. 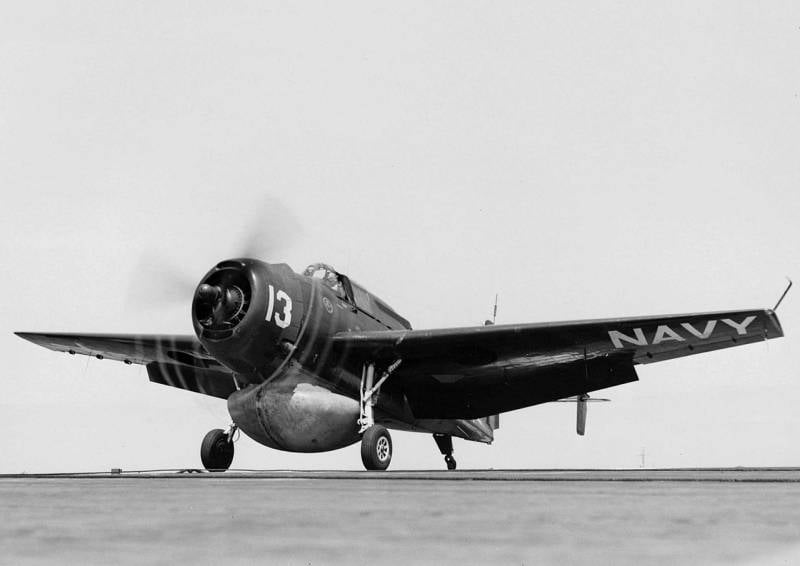 The peak power of the complex is one megawatt. This happened in 1945, the complex worked successfully, detecting aircraft at a distance of up to 120 km, and ships (cruiser class and above) - up to 350. That is, it is guaranteed beyond detection.

American naval I liked this thing, and the planes went into the series as a separate class. And they went well, new ones were released, old ones were modernized.

Only in 1965 did the USSR think that we needed our own AWACS. At that time in the United States, 8 AWACS and 1 AWACS helicopter were already developed. The Soviet Union, as always, began the game "catch up and overtake."

In general, if you look seriously, then our air defense forces did not really need this plane. The Soviet defensive doctrine, which was not just in words, but in fact was just defensive, provided for the use of radar in the territory of his country. And the work of ground systems relied on the crews of fighter interceptors.

Is it logical? Quite.

And the United States, which designated itself the world gendarme, often had to direct planes at targets in conditions where support from the ground could not be expected. And in some countries there was no radar network capable of performing such tasks.

Everything is also logical.

And now, as soon as the ambitions of the USSR crossed their own borders, and this happened in Korea, then the analysis of air battles showed the need for such an aircraft.

Plus, we had one direction, which was requested to be closed precisely by AWACS planes. North. American strategists could well try to break through precisely our North, where it was not possible to deploy a radar network at that time. So a flying radar on patrol would be very helpful. 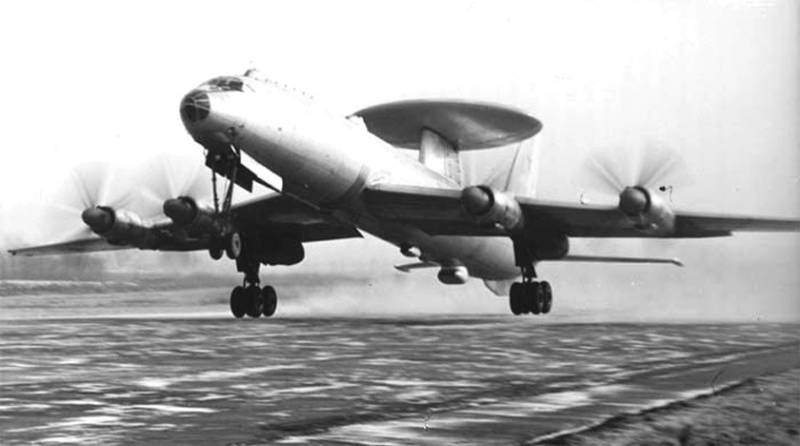 The Tu-126 was created on the basis of the Tu-114 turboprop passenger liner, a civilian modification of the Tu-95 strategic bomber. It is also logical, because only such an aircraft could easily accommodate that pile of equipment that was necessary for the normal operation of the complex.

The Liana radar system was pushed into the Tu-126, and there was still room for radio intelligence equipment. The problem of placing the antenna was originally solved: it did not rotate inside the mushroom-shaped cowl, but with the cowl, which the world had neither before nor after Tu-126.

Station "Liana" for that time was a very good detection system and allowed to detect aircraft at ranges from 100 to 300 kilometers, sea targets such as a cruiser - up to 400 kilometers.

So for the first time, everything was very optimistic. Yes, there were also disadvantages in the form of excessive noise from motors and equipment, and vibration. Serving on the Tu-126 was very uncomfortable. 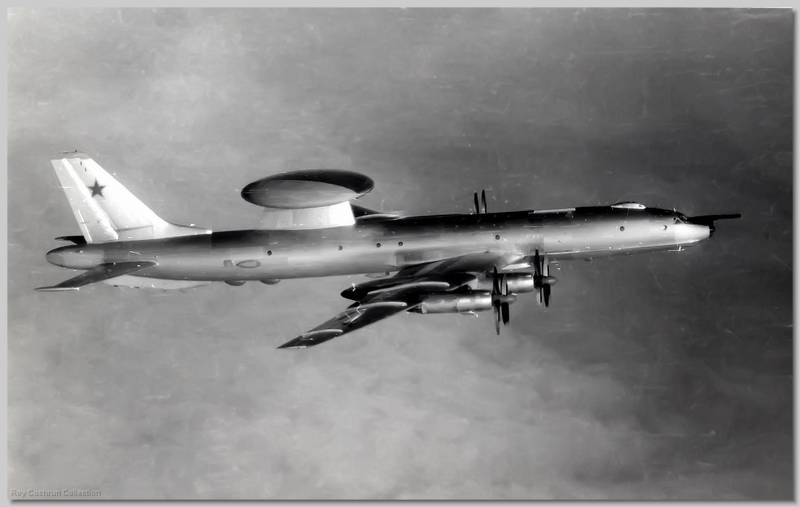 As the radio equipment developed, it was necessary to change the filling of the aircraft. Moreover, in 20 years the entire Tu-126 complex has become hopelessly outdated.

But there is a nuance: the development of a new aircraft, AWACS, began almost immediately after the Tu-126 showed good results. 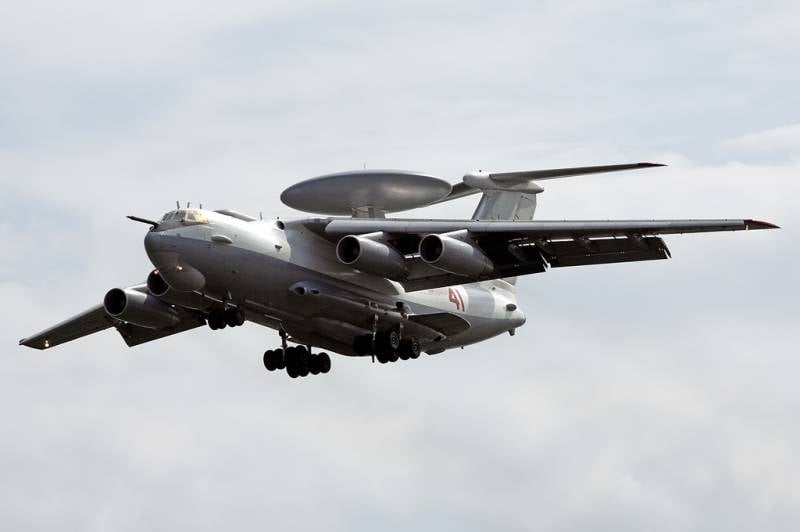 Photo: Maxim Maksimov russianplanes.net
The development of the A-50 went on for 12 years. “Liana” was replaced by “Bumblebee” of the same concern “Vega”, and as a base took Il-76, the most powerful aircraft of the USSR at that time.

The work was huge. As the A-50 complex was created, hundreds of military requirements and wishes were taken into account. The complex began to detect low-flying targets well, the detection range increased, the A-50 received a kit for refueling in the air, which greatly increased its autonomy. Normal conditions were created for the work and rest of operators, the number of which decreased from 24 to 10.

It was a beautiful work ahead of the curve. And the flying complex turned out right. Except for one thing: if you compare it with the Tu-126 - this is a great car. According to the level of the 60s of the last century. Compared with what the Americans were armed with, that is, with the Sentry, the A-50 lost in everything.

Yes, in ideal conditions (which in war conditions does not happen at all), the A-50 sees enemy fighters at a distance of up to 300 km. But small targets with a small EPR, such as cruise missiles, he sees very poorly. The number of escorted targets is up to 150. As a control center, the A-50 can control 10-12 fighters.

The Sentry, which is now the backbone of American "eyes in the air," is more advanced in terms of hardware capabilities. It can detect and track up to 100 targets. According to him, up to 30 aircraft or ground-based air defense systems or ships can operate. Sentry sees a cruise missile with an EPR near a square meter at a distance of up to 400 km, and a bomber discovers at a distance of more than 500 km.

In this case, the S-3 E-50 appeared earlier than the A-7. Not much, for 50 years. But the fact that we are inferior in the electronic field to the States is an indisputable fact. Because today, "Sentry" looks after modernization preferable than the A-XNUMXU. 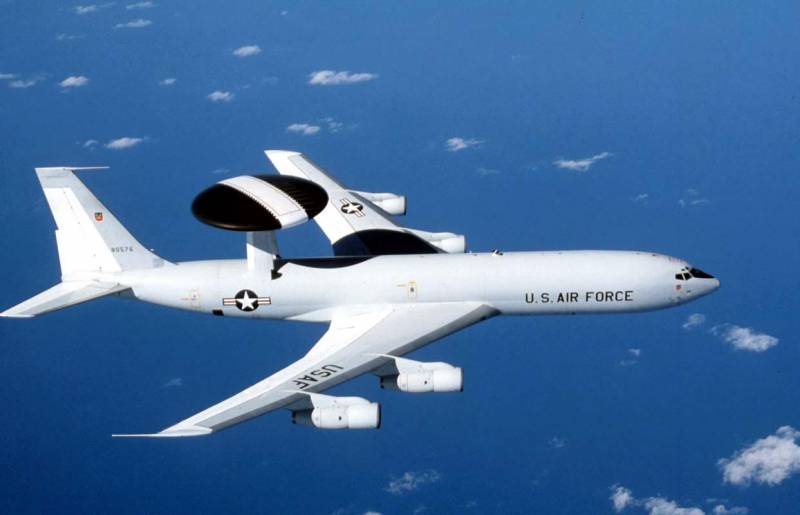 In addition, Americans, as usual, take a number. Today they have 33 Sentries. Another 17 are under the command of NATO (consider the Americans), 7 from the UK and 4 from France. Total - 61 aircraft.

We have five A-50s and four A-50Us in service. Without comment, we, in fact, do not need such a number of AWACS aircraft. But in terms of quality there are questions.

"Bumblebee-2", which stands on the A-50U, is not much superior to its first model. The characteristics are 15-20% better, yes, digital technologies played a role, but just a huge amount of foreign components caused fair criticism. While there were no sanctions and restrictions, we were able to modernize the complex, what will happen next ... Today, with great difficulty, everyone believes in bravura tales of complete import substitution.

Yes, in 2004 work began on the third model, the A-100 Premier. Based on the IL-76MD-90A. The performers are the same, Vega and the Beriev TANTK. The work began, and, as is now customary with us, transfers began.

That is, 20 years after the start of development.

Quickly, I agree. I was criticizing the Su-57 somehow, and so, I quickly managed to deal with the fighter myself ...

The Ulyanovsk Aviation Plant was first accused of delays. Yes, everyone needs IL-76MD-90A. A transport plane, a tanker, AWACS are good for everything. But the Ulyanovsk plant can produce only 3 (THREE) aircraft per year. Alas.

How can one not recall the idle Voronezh plant VASO, which at one time did both IL-76 and IL-86, and assembled planes for the president ... The plant is standing, the deficit has been created. But everyone is happy with everything.

The miracle happened in 2014, when the coveted IL-76MD-90A finally arrived in Taganrog. Everything, cheers! It remains only to mount the equipment, install the antenna - and for testing!

Strange, isn't it? The equipment is ready, built-in, the plane - here it flies. Why is there no complex? Why are there no trials? Where is the FSB, where is the punishment and landing of pest enemies? Why can't the almost new (20 years in total) complex be brought to a working state?

Everything is simple. There is nobody and nothing.

When it all started, no one even thought about any sanctions. Therefore, designers put components from around the world into their designs according to the principle “If you don’t have ours, we’ll buy it!”

It turned out that by the time the assembly began, we could not buy much. More precisely, they will not sell it to us. And his own was not, and is not expected. Domestic manufacturers (survivors) of microelectronics really lag behind the West by 15 years or even more. And in terms of technology and all 25.

It turned out that there is a plane, there is an antenna, there is a radar, but it is simply impossible to combine all this into a working complex. There are no foreign chips, but there were no domestic ones.

To say that this was some kind of surprise is impossible. To tell. That no reaction followed - either. In 2017, the CEO of Vega Vladimir Verba was fired, and Vyacheslav Mikheev was appointed in his place. Well, I know what task Mikheev was set up, but he is unlikely to just get the necessary components out of his pocket.

Intelligence will help us. It is clear that what is impossible to buy and produce will be given to us by those for whom the impossible does not exist. Get out, good, there is experience, and even what!

And it is clear that “Premiere” will sooner or later, well, not in 2024, but by 2030 will bring to mind. And it will be really cooler than the "Center". Radar with AFAR, the ability to detect up to 300 targets (of course, with tracking), range up to 700 km, target detection with a small EPR ...

All clear. Will be.

Another question is what will the Americans roll out in 2030?

And they will be able to bring to mind the Boeing 737 AEW & C, with which they have also been slowly fighting for 15 years ... And they are successfully selling. This aircraft will be able to detect up to 3 (three thousand) targets at a distance of 000-400 km per cycle. And also a radar with AFAR ... 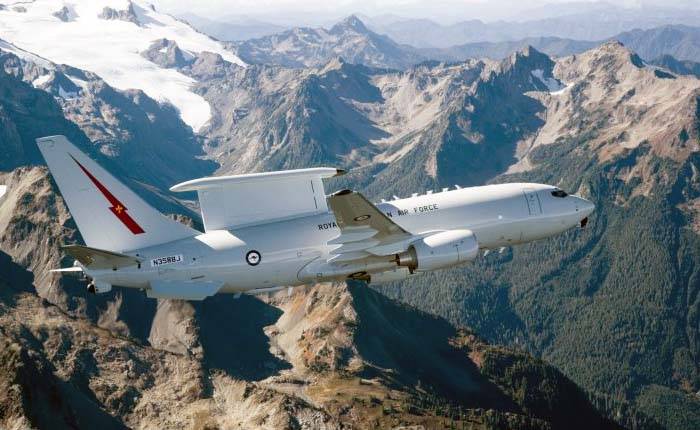 But the Americans can not afford to rush, they have "Sentry" more than fifty available.

There is still time until 2024. Let's see if the AWACS A-100 Premier aircraft turns out of an airplane, antenna and a pile of electronics.

So far, the premiere of "Premiere" has been postponed and postponed ...