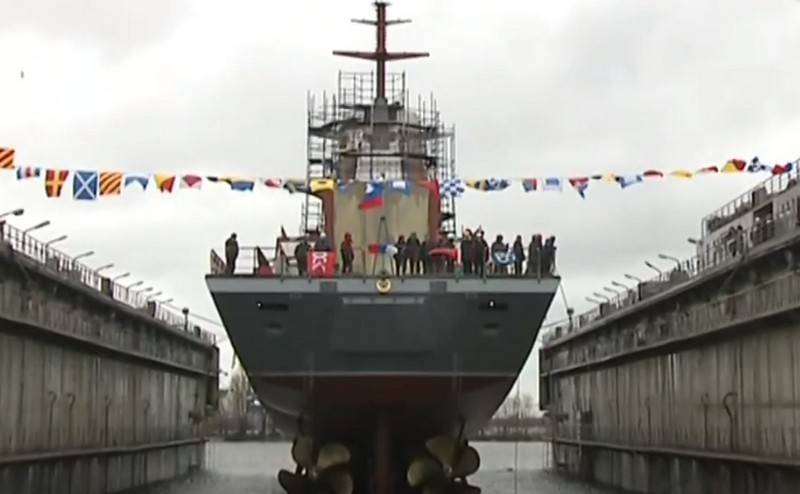 Corvette "Retivy" project 20380 will be transferred to the Russian Navy next year. It is reported by Mil.Press FlotProm, citing a source in the shipbuilding industry.

The delivery term of the Retivy corvette, the construction of which continues at the Severnaya Verf shipyard, is 18 months
- cites the publication of the word source.

Corvette is the fifth corvette of project 20380, built at the Northern Shipyard. Previously, the name "Retive" was a patrol ship of project 1135, decommissioned in 1995. As Nikolai Evmenov, Commander-in-Chief of the Russian Navy, previously stated, after completion afloat, the "Retivy" will go to serve in the Black Sea Fleet, although the Baltic was previously called the corvette's duty station.

From the previous corvettes of Project 20380, the Retivy differs mainly in installation on the new Zaslon multifunctional radar complex with the placement of fixed antennas in a tower-like superstructure, similar to the corvettes of project 20385.

The main armament is the Uran 2X4 anti-ship missile system, and the Caliber or Onyx from the eighth ship. Also in service with the Redut air defense system, the Pak-NK anti-submarine system, the A-100 190-mm gun mount, two 14,5 mm machine-gun mounts and two DP-64 anti-sabotage grenade launchers. There is a hangar for the Ka-27 helicopter.
Ctrl Enter
Noticed oshЫbku Highlight text and press. Ctrl + Enter
We are
In St. Petersburg, the corvette of project 20380 “Retivy” was launchedThe date of launching the Retive Corvette of Project 20380 became known
Military Reviewin Yandex News
Military Reviewin Google News
34 comments
Information
Dear reader, to leave comments on the publication, you must to register.