LNA Haftara prepares for a major battle for Sirte 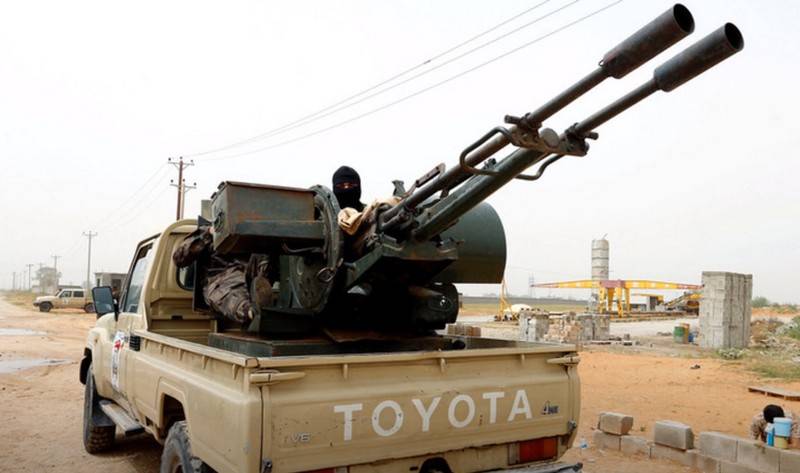 Libyan National Army (LNA) Field Marshal Khalifa Haftar is preparing for the "big battle" for the strategically important city of Sirte. This was stated by the official representative of the LNA Ahmed al-Mismari.


According to Al Hadath TV channel, the LNA is ready to battle for Sirte with the forces of the Government of National Accord (PNS) and Turkey supporting them. Currently, in the vicinity of Sirte there are movements of large forces of the PNS and the Turkish army.

In the coming hours we will witness a major battle in the vicinity of Sirte and Al-Jufra. The army expects the start of battles at any moment, it does not attack, but will restrain any forces that try to storm
- said al-Masmari.

At the moment, there is only one question on the agenda: will Egypt intervene in the Libyan conflict on the side of Haftar. The president of this country, Abdel Fattah al-Sisi, did not rule out military intervention, saying that the Egyptian army would advance, "if the Libyans ask." At the same time, he warned the PNS and Turkey that Cairo would not allow anyone to seize the LNA-controlled Sirte and Al-Jufra, calling them the “red line”.

Ctrl Enter
Noticed oshЫbku Highlight text and press. Ctrl + Enter
We are
Libyan PNS: Now the liberation of Sirte and Al-Jufra is more relevant than everLNA of Marshal Haftar put forward an ultimatum to the PNS Faiz Saraj
32 comments
Information
Dear reader, to leave comments on the publication, you must to register.