Take a breakthrough: on the state of affairs in Russian civil aviation 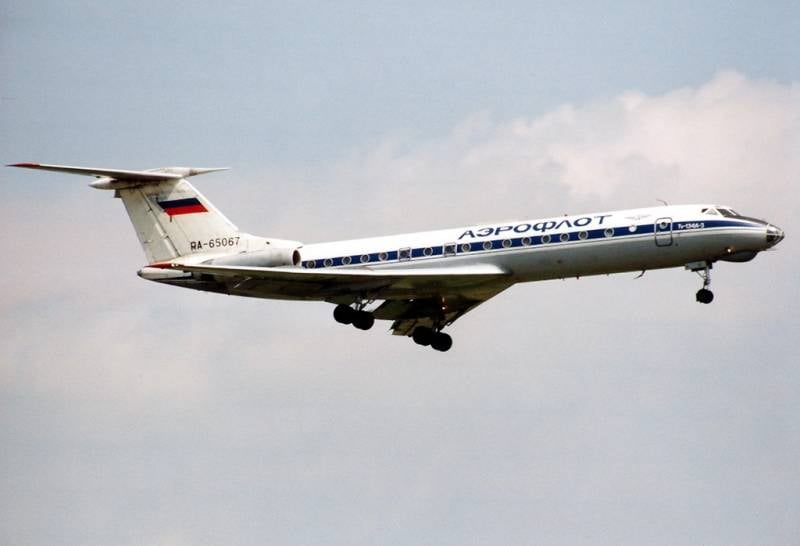 Every time it comes to domestic civil aviation, especially about its domestic Russian lines, there is some kind of ambivalence. On the one hand, we have our own aircraft, and they are excellent, and the pilots are so professional that, as it turned out, they can even “board” a cornfield ... On the other hand, all these positive aspects somehow fade away right away, it’s worth starting to compare Our achievements in this field with foreign countries.


Such a comparison will be correct if you try to do it with states that have approximately the same territory and population sizes that are comparable with us. With the United States and China.

In Russia, there are today more than 100 airlines. In the United States, more than 200 operate in the passenger transportation market alone. At the same time, the 8 largest industry flagships carry out more than 90% of transportation. There are about fifty passenger airlines in China alone.

Americans can boast of the presence in the country (possibly according to somewhat outdated data) of 86 large airports and almost 15 thousand airfields, so to speak, in the outback.

China is ahead of the rest: there are only 220 international airports, and more than four hundred air harbors in total. The number of small airfields is difficult to calculate.

What do we have?

According to the Federal Air Transport Agency, we have 91 airports of federal significance and less than 250 airfields throughout the country (data from the corresponding state registry). This is one of the keys to the main problem, which we will discuss below.

Next, we come to the most, perhaps, the main indicator - the volume of traffic. According to reports from the US Bureau of Transportation Statistics (RITA-BTS), between 204-2015, winged cars transported an average of about 650 million passengers a year across the country.

The Civil Aviation Authority of China in 2017 reported about 550-odd millions of passengers carried, while predicting that by this year this amount will exceed 800 million people.

In Russia, again, according to statistics cited by the Federal Air Transport Agency, approximately 2019 million passengers passed through all the “air gates” of the country in 221.

What conclusions can be drawn? The lag in our civil aviation is evident in almost all respects. Not critical, not catastrophic, but explicit. And this is taking into account the fact that in recent years the volume of the same passenger air traffic in the country has been growing at a fairly serious pace. From a dozen years ago, when the Celestial Empire was far from the peak of the development of its air service, we were five times behind it in terms of the number of passengers carried, despite the fact that in 1990 they exceeded by exactly the same amount.

The domestic industry has enough “winged transport” problems. This is the absence (at least at present) on its lines of competitive airliners, and especially Russian-made small aircraft. And the personnel “hunger” caused by the low competitiveness of our airlines in the selection of personnel and, above all, flight personnel, to which they can not always offer a decent level of wages and social guarantees. However, among the various troubles that still do not allow our civil aviation to truly “spread its wings”, two main ones can be named.

Firstly, this is a reduction in the number of airfields and, correspondingly, aviation “coverage” just in those regions where it is truly vital. First of all, it is the Russian North, the Far East and other territories where all other types of communication are extremely difficult due to geographical and natural conditions. It is in filling this “vacuum” that there is a huge prospect for the development of the industry, which, alas, is not used to this day. Perhaps the main obstacle here is the low profitability of air transportation in such areas. Well, this problem can be solved exclusively at the state level. In the United States, air transportation, which is, we note, exclusively in the hands of private companies, is subsidized in the multi-billion volumes annually by the state.

The second point, which is especially hindering the development of domestic transportation of Russian civil aviation, is also directly related to finances. We are talking about the cost of travel with this type of transport. Many of our compatriots would be happy to use it regularly, but ticket prices bite. In Soviet times, a flight cost its citizens a fifth of the average salary, and in 2000, having this same “average” in his pocket, a Russian resident could only admire the airliners soaring in the sky from afar. Now, of course, salaries have risen, but the prices for air transportation are not standing still, not without reason Vladimir Putin last year blamed the head of Aeroflot Vitaly Savelyev that their growth was even faster than inflation. Without an increase in passenger traffic, there will be no profit, and, consequently, no development.

As already mentioned, the “separation” of even the countries that occupy leading positions in the world in air transportation from our country is not so large that it could not be caught up with real efforts. This is especially true now, when the industry is in a state of deep crisis throughout the world: after all, it suffered from the coronavirus pandemic almost more seriously than all the others. It all depends on whether we manage to make a breakthrough, or, writing off everything as “objective difficulties”, we will continue to lag behind in the air transportation market.

Ctrl Enter
Noticed oshЫbku Highlight text and press. Ctrl + Enter
We are
Situational analysis of the death of the MH17 flight (Malaysian Boeing 777), made on the basis of engineering analysis from 15.08.2014Results of the week. “In our cooperative, the board is always agreed”
86 comments
Information
Dear reader, to leave comments on the publication, you must to register.