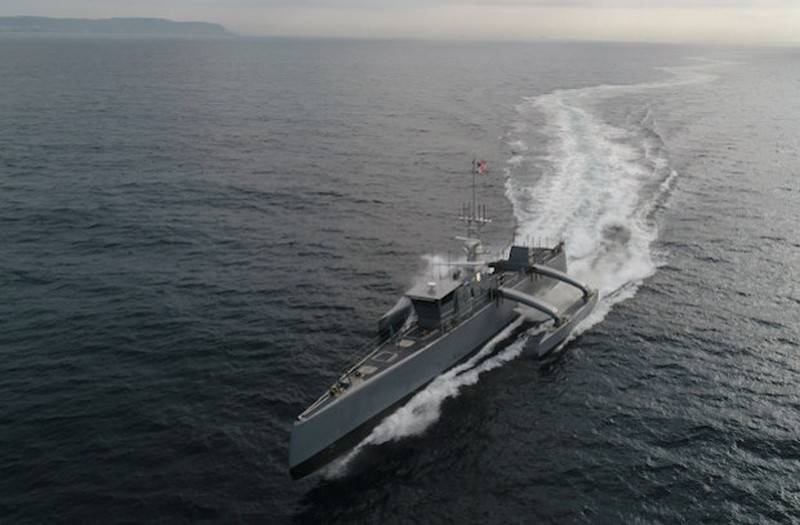 The U.S. Navy intends to soon be armed with a promising medium surface robotic ship (MUSV, Medium Unmanned Surface Vessel). According to "NPlus1" with reference to Breaking Defense, the Navy signed a contract for the development of a prototype of a robot ship with the American company L3 Technologies.


It is reported that the military plans to allocate 34,9 million dollars for this development. If the prototype of the robot ship satisfies the requirements of the US Navy, the military will order the production of eight more MUSV.

According to the contract concluded by the Navy with L3 Technologies, it is allowed to create a ship with a length of 14 to 58 meters (according to the requirements of the US Navy). The displacement of the apparatus should be about 500 short tons (about 454 metric tons). The main equipment for MUSV should be intelligence systems and electronic warfare equipment. At the moment, other development details are not provided, however, it can be assumed that the development itself will not go beyond the previously voiced requirements of the Navy.

In total, the US Navy intends to take fleet at least 40 crewless MUSV ships.

Ctrl Enter
Noticed oshЫbku Highlight text and press. Ctrl + Enter
We are
US expert community is trying to identify ways out of the Afghan impasseYuri Drozdov: Russia prepared the role of the sacrificial calf
Military Reviewin Yandex News
Military Reviewin Google News
33 comments
Information
Dear reader, to leave comments on the publication, you must to register.