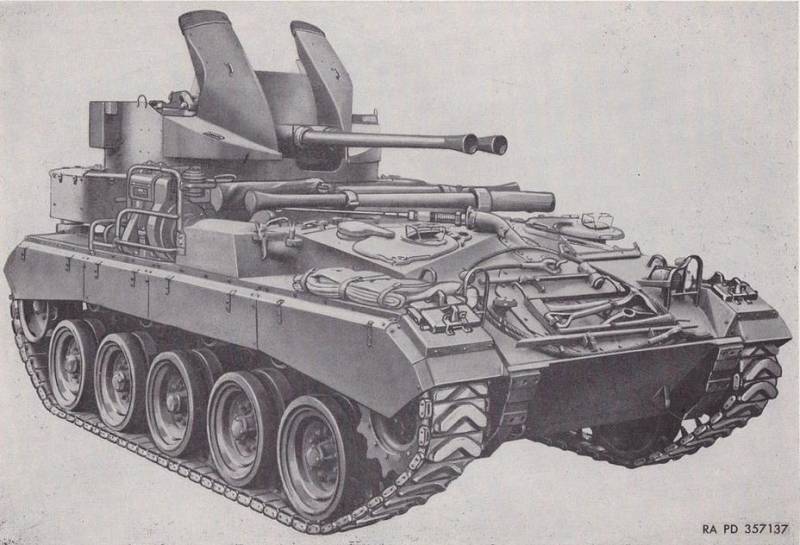 In previous articles in the series it was about the theoretical calculations of domestic engineers regarding the vulnerability of armored vehicles of NATO countries. History The development of tank construction in the Soviet Union would be incomplete without mentioning the scientific work unfolding in relevant institutes. One of these was the Leningrad All-Union Scientific Research Institute of Transport Engineering, or VNIITransmash, at different times engaged in the development of machines of the T-64 and T-80 family. In addition, in a secret research institute, which was called the “subscriber (mail) box A-7701", they worked on Russian moon rovers. The Bulletin of Armored Equipment, which over time became the specialized publication of VNIITransmash, regularly published information on the defense of dissertations. The first brief materials of such subjects date back to 1973 and allow us to evaluate the main areas of scientific work in the lead tank research institute. It is interesting that in one year only 8 theses for the degree of candidate of technical sciences were defended. In subsequent years, the number of protected scientific papers on tank topic has steadily increased.

Among the works there are survey studies of questions of quantitative assessment of the technical level of modern armored vehicles and highly specialized dissertations. For example, the development of a method for optimizing the parameters of a cutting tool, which makes it possible to identify reserves for increasing the breakage strength of transmission teeth of a medium tank. In 1974, preparations were underway for mass production of T-80 series tanks, and VNIITransmash engineers simultaneously defended dissertations. So there was a study on the development of a semi-automatic hydraulic control system for a tank transmission with on-board gearboxes and a gas turbine engine. A year later, there was a defense of the work on the topic: “Study of the operability and parameters of a gas turbine engine in a tank power plant system with high dust content”. In many ways, an actual study of a problem that has not yet been completely resolved. Another work on this topic was the research and development of direct-flow cyclones for air purifiers of tank gas turbine units. 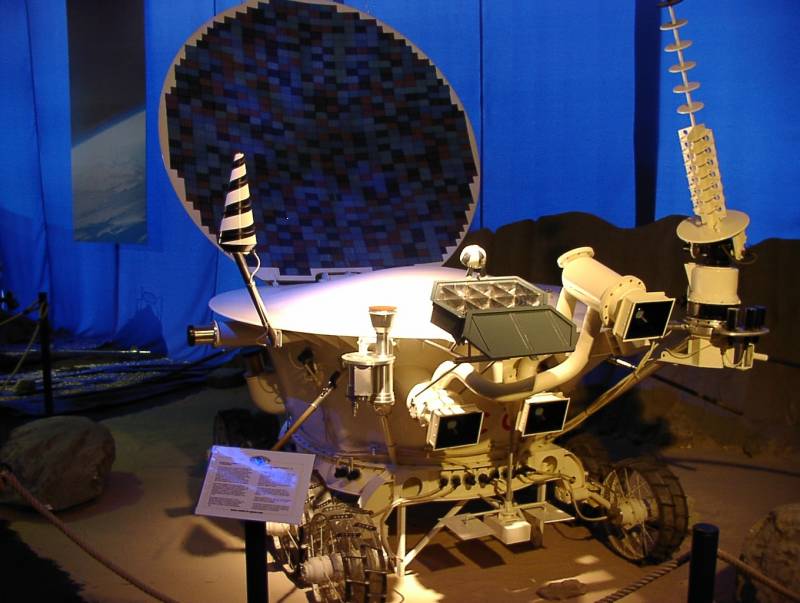 VNIITrasnmash worked not only on tanks, but also on moon rovers. Source: ru.wikipedia.org
A separate direction was work to improve the accuracy of shooting tank guns. One of the dissertations substantiates the choice of preferred directions for reducing repetitive errors associated with improving the accuracy and stability of battle of tank guns. The developed fire control system takes into account deviations of the shooting conditions from normal, as well as the movement parameters of the target and the tank. Also, within the framework of the direction, work was carried out on the development of tracking systems for the target and improving the accuracy of guidance.

In September 1974, two dissertations were successfully defended, dedicated to improving the survivability of a tank on the battlefield. One of them addressed the issue of improving armor and internal equipment, taking into account the design features of the tank and the armored action of anti-tank ammunition when penetrated and without penetration. In the second work, the stability of armored vehicles was simulated under the influence of a shock wave of a nuclear explosion.

Finally, the dissertation councils reflected the long-term work of VNIITransmash devoted to the lunar program of the Soviet Union. In 1974, the calculations of the operational load of the chassis wheels during the movement of a transport vehicle over the rugged terrain of the Moon and planets got their logical conclusion. In the work, the author chose the optimal suspension system, providing satisfactory contact of the wheels with the ground at maximum speeds. Even more fantastic is the theme of a scientific work, defended a year later: “Investigation of the longitudinal dynamic stability of planetary vehicles”. The planetary transports were Lunokhod-1 and Lunokhod-2.

Scientific work in the tank industry was carried out not only at VNIITransmash, but also at many other institutes. However, officers of military unit No. 68054, or the NIIII Polygon in Kubinka, contacted directly with samples of foreign equipment. In the post-war period, one of the first armored vehicles that underwent a detailed study was the American anti-aircraft self-propelled gun M19A1, which had no direct analogues in the Soviet Army at that time. The machine was based on the chassis of the M-24 light tank, armed with two twin 40-mm M1 Bofors cannons and an auxiliary 12,7-mm Browning machine gun. The anti-aircraft gun did not have time to fight in World War II, but on the Korean Peninsula it participated in hostilities and even was captured, and from there to Kubinka. Moreover, along with the instruction manual. In one of the issues of the Bulletin of the Tank Industry, Captain Engineer I.P. Myrzak presented a detailed report on the armament of the M19A1 installation. The criticisms that were mentioned in the material are interesting. Thus, the author indicates that the tower’s niche covers two drawers of the warhead, and as a result, you have to turn the “tower” to extract shells. Yes, that's right, in quotation marks, a platform with an open fighting compartment is designated, in which it was located weapon. In general, layout flaws reduced the rate of fire of M19A1 guns from 25 rounds per minute to 20. Loaders had to bend over the side of the fighting compartment for laying ammunition, and also separately rotate the “tower” in order to take clips located near the barrel of the guns. Found a minus and anti-aircraft sight. These became low accuracy due to the eye measurement of the speed and course of the target, as well as the inability to conduct aimed fire at diving and cabriolet planes. But the system’s electro-hydraulic control system when firing at aerial targets, obviously made an impression on domestic engineers. The material does not have a single critical comment on the design, but a few pages are devoted to a detailed description of the device. 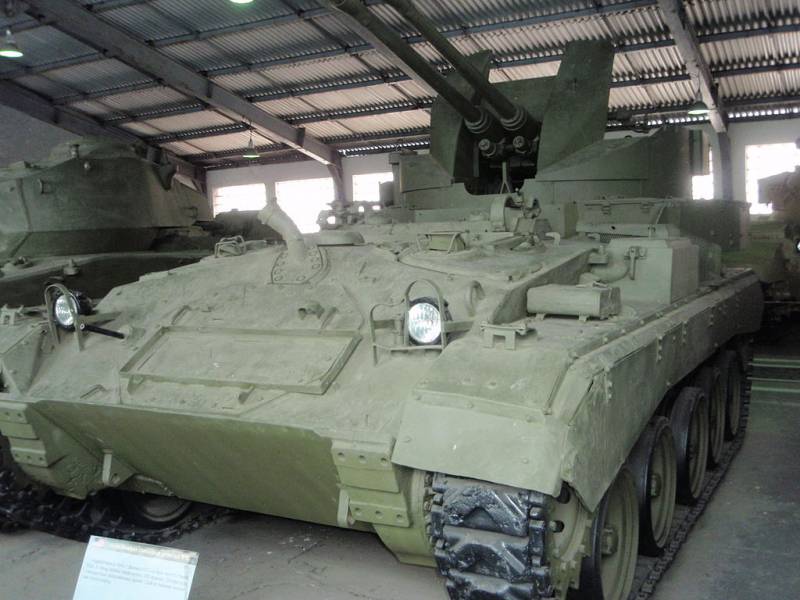 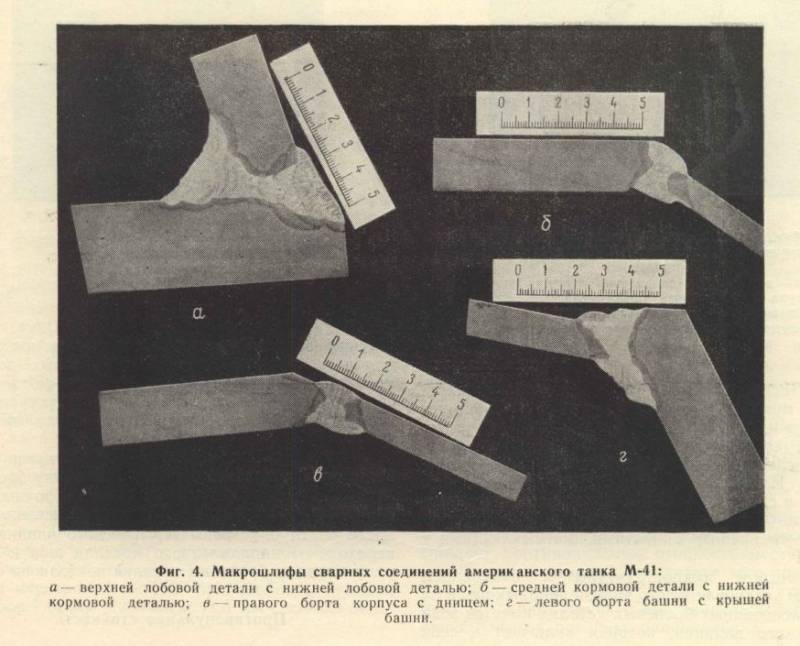 Illustrations for an article on the M-41 tank in the Bulletin of Armored Vehicles
If in the case of the M19A1 the researchers were interested in weapons, then in the light tank M-41 Walker Bulldog, the properties of armor and welded seams came to the fore. Here, experts already really cut the tank with “scalpels” - samples of the lower and upper frontal parts, the back of the side and the middle stern part of the hull, the tower cover, as well as the lower stern part with the back of the bottom went into work. Of course, they did not completely shatter the armored car, but they got an idea of ​​the level of protection. They brought a light tank to the USSR from friendly Cuba ("Fidel's gift") after the fighting at Playa Hironi in April 1961, and it is still kept in the Tank Museum. Already in 1962, the Vestnik published a detailed report on the features of the M-41. One of the leading organizations on the topic of research was the Steel Research Institute: it was here that the armor of a light tank was analyzed. The composition of the steel was studied by spectral and chemical analysis. It turned out that the armor is mainly manganese-molybdenum with 0,10-0,15% titanium. The authors conclude that such a steel composition is typical of American bulletproof armor. In the refrigerator chamber of the TsDMK-30 testing machine, tensile testing of the armor was performed, preliminarily cooling the samples to -50 degrees for one and a half hours. Similar experiments were also carried out at a temperature of +20 degrees. The M-41 armor turned out to be high-strength with satisfactory ductility and high impact strength. The authors point out that steel will resist fire from small arms with no brittle lesions. 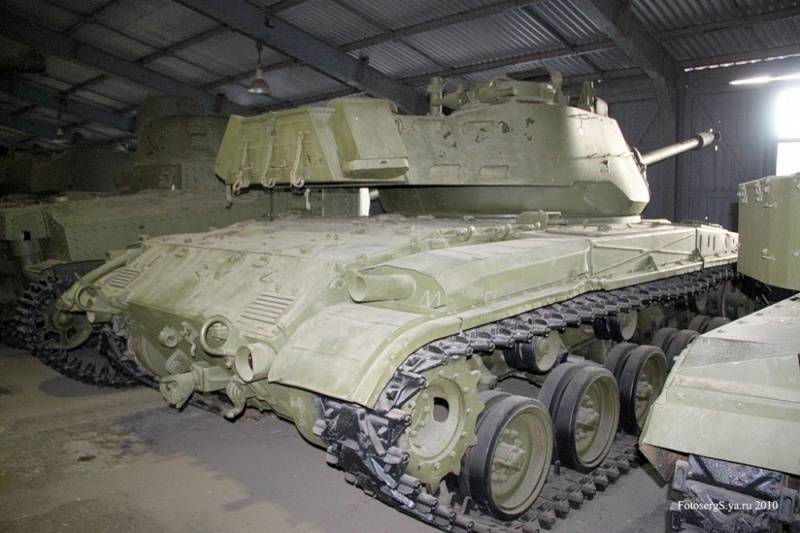 M-41 in Kubinka. Source: wiki.warthunder.ru
Welded joints of the armored parts of the tank aroused considerable interest of domestic researchers. It turned out that the Americans use automatic welding, and between the parts there are 6-8 mm gaps. This negatively affects the bulletproofness of the hull and turret, since the seam is much less resistant to shock loads than the main armor.

It is worth noting that the M-41 was not fired at the firing range, obviously, saving for other studies and the museum. Therefore, the strength of American armor was determined using the bulletproof resistance curves of domestic high-hardness armor (in many respects these steels were similar). In accordance with this, the forehead of the hull and turret (except for the rear) were not pierced by armor-piercing calibres of 7,62 mm, 12,7 mm and 14,5 mm from any distance and at any angle. The sides of the hull penetrate 14,5 mm bullets only in a limited range of course angles and at relatively short ranges. However, as the authors of the article assure, it is possible to relate to these calculations with a certain degree of conditionality. The most unequivocal conclusion based on the results of working with the "Fidel's gift" is a negative assessment of the height of the armored car: for the Soviet tank engineering school 2,7 meters seemed excessive.

Author:
Evgeny Fedorov
Articles from this series:
Disruption of the tower. Expert opinion of the Bulletin of Armored vehicles about the Cold War tanks
"Bulletin of the tank industry." Tank technology classified as “secret”

Ctrl Enter
Noticed oshЫbku Highlight text and press. Ctrl + Enter
We are
Is the "old" well forgotten to become the "new"? Part-2. At the call of honor and dutyTANK (man, medium, car)
Military Reviewin Yandex News
Military Reviewin Google News
21 comment
Information
Dear reader, to leave comments on the publication, you must sign in.